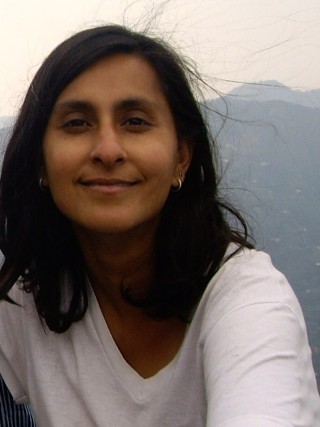 According to leaked EU Commission documents mandatory origin labeling for food will not be introduced. While there is already a voluntary label on mainstream meat products, both milk products and other meat products (such as “horse meat, rabbit and game”) will also only be eligible for the voluntary label. There will be no mandatory label for any meat or milk or processed foods now, according to the ViEUws report, because this would lead to “higher operating costs and a hike in food prices…it would also “disrupt cross boarder trade and increase costs”. So, reports ViEUws, the EU is likely to keep this labeling as Voluntary. (See at  5 mins 51 sec in the recent ViEUws Brussels Briefing at end of this post).

This is remarkably similar to the language and reasoning of the WTO, as outlined below by Shefali Sharma. This also points to significant regulatory harmonisation, a form of ISDS by the back door.

Article by Shefali Sharma  of IATP.

On May 8th, President Obama told a crowd in Oregon: No trade agreement is going to force us to change our laws. Twelve days later, the House Agriculture Committee voted 38-6 to repeal in its entirety country-of-origin-labeling (COOL) for beef, pork and poultry. The House vote came in response to a May 18 ruling by the World Trade Organization (WTO) that the U.S. had violated global trade rules by requiring supermarket labels on beef and pork to indicate where livestock was born, raised and slaughtered. The meat industry is elated.

In 2008, Canada and Mexico challenged the U.S. on COOL at the WTO, asserting that it unfairly discriminated against Canadian and Mexican meat. In reality, it was the global meat industry threatened by the idea that if consumers knew how often animals are transported across national borders as they are mass produced, fattened in feedlots and slaughtered, consumers might choose “born, raised and slaughtered in the U.S.A.” In 2008 alone, the U.S. meat industry spent over $6 million in political lobbying. It spent over $5 million per year from 2009-2012, the period in which the U.S. was revising COOL to make it compliant to the WTO since the U.S. had lost its first appeal at the WTO. In fact, the meat industry has been fighting hard against COOL for more than a decade since it was first passed in the 2002 Farm Bill. In spite of the big bucks spent by Big Meat, Congress has not repealed it because of overwhelming public support for COOL—90% of Americans support such a measure, according to Consumer Reports. Needless to say, civil society including farm, ranch, consumer, labor and other groups, won’t sit quietly. But the fact is that the U.S. has to change COOL or face trade sanctions (though how significant is unclear). The USTR has already indicated it will encourage Congress to revise COOL.

The COOL ruling signifies a much more serious attack on the future of our food system. In the last two years, 70 bills have been introduced across thirty U.S. states to enact mandatory labeling of genetically engineered (GE) food . Americans also overwhelmingly support GE labeling. Not surprisingly, agribusiness has also ramped up spending on lobbying on this issue. And as with COOL, when companies know that domestic lobbying won’t be enough—they use binding international trade rules such as those being negotiated in the Transpacific Partnership (TPP) and the Transatlantic Trade and Investment Partnership (between the US and the EU) to shape food safety and environmental regulations.

The TPP and TTIP are a new breed of trade treaties that specifically seek to harmonize domestic laws and regulations to enable greater corporate profit. So, the WTO ruling has implications for TTIP as well. The European Union also has COOL. In fact, since 2002, the EU’s labeling scheme for beef requires “precise information about where the animal was born and reared as well as the place of fattening, slaughtering and cutting.” Moreover, the EU has expanded COOL. Since April 2015, EU requiresorigin labeling of fresh, chilled and frozen pork, sheep, goat and poultry meat. In addition, the European Parliament also mandated the European Commission to examine the possibility of extending mandatory labeling for meat used as an ingredient in processed food. So far, the EU’s labeling regime has remained unchallenged at the WTO. But now that the U.S. has seen its COOL struck down, it’s hard to see why it would accept COOL in other WTO member countries without a trade challenge. Moreover, given that agribusiness on both sides of the Atlantic are on the offense to weaken food safety rules in TTIP, COOL could also become a key issue for “regulatory harmonization” in that trade deal, signifying a possible end to the EU’s COOL regime as well.

In the U.S., food and farm groups are becoming vocal about trade policy undermining food policy through the fight on Fast Track to decide whether Congress gets to intervene in trade negotiations and influence them or simply vote yes or no after they have been completed. COOL is a clear reminder, that in fact, Mr. President, trade treaties can and do force us to change our laws. That is why stopping Fast Track in the coming months is also a win for democratizing food policy.

– This article originally appeared on the IATP website 24th May

IATP works locally and globally at the intersection of policy and practice to ensure fair and sustainable food, farm and trade systems.

IATP is committed to advancing policy solutions—locally and globally—to some of the world’s most complex problems in order to promote resilient food, farm and trade systems. We are proud to be part of a thriving community of analysts, farmers, organizers and activists who fight tirelessly to make public policy more fair and just—from our headquarters in Minnesota to the largest urban cities in the U.S. and aboard. For over 30 years, IATP has worked for agriculture and trade policies that are good for farmers, ecosystems, and social justice.

The Institute for Agriculture and Trade Policy was founded amidst the family farm crisis of the mid-1980s as family farmers across America were in the fight of their lives. Deeply flawed national and international policies were part of the root cause of the crisis.

EFSA slammed by Pesticide Action Network over its methods

Worrying trends in how pesticide safety is measured have been uncovered by Pesticide Action Network Europe. […]

Over 400 activist groups met, demonstrated and marched in 22 countries across Europe on Saturday, October 11 against TTIP […]