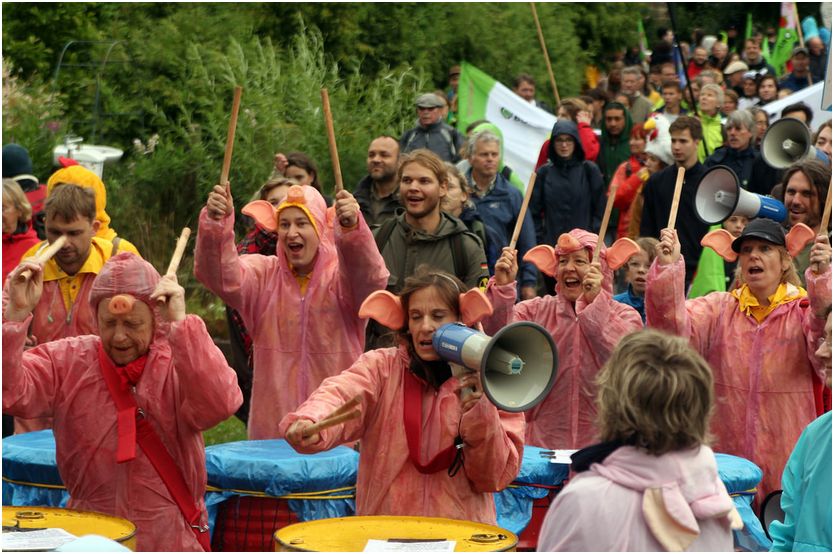 “Keeping 36 000 pigs in old plant from GDR times on the edge of the ‘Uckermark’ nature reserve  is the ecological, ethical and peasant point of a meltdown for agriculture. The state government must take this permission back by any means.” So said Jochen Fritz, spokesperson for the “We are fed up” alliance.

One of the more than 1,000 noisy, colourful people at yesterday’s “We are fed up” demonstration in Hassleben, Germany, Fritz and the rest of the protesters expressed a rightous indignation about factory farming.

These 1,000 people were protesting against the proposed mega stall in Hassleben, pictured below, which they consider to be a new, negative development for the German agri-food industry. They were asking the state government to put the approval for the mega stall to the test, as they claimed the technical conditions of the permission have not been adequately met.

According to the demonstrators the state government is risking severe animal suffering, using an out-of-date plant near a nature reserve. Many animal rights and environmental activists joined the demonstration from the around 80 kilometers away Berlin. Many neighbours of the proposed plant, from the region surrounding Hassleben, participated. “An agriculture that focuses on animal welfare and sustainability is only possible with family farms. The most important requirement for that is fair prices: Fair compensation for healthy eating and the ecological, landscape and social tasks that we farmers are providing. “, says Frank van der Hulst, organic farmer from Brandenburg. 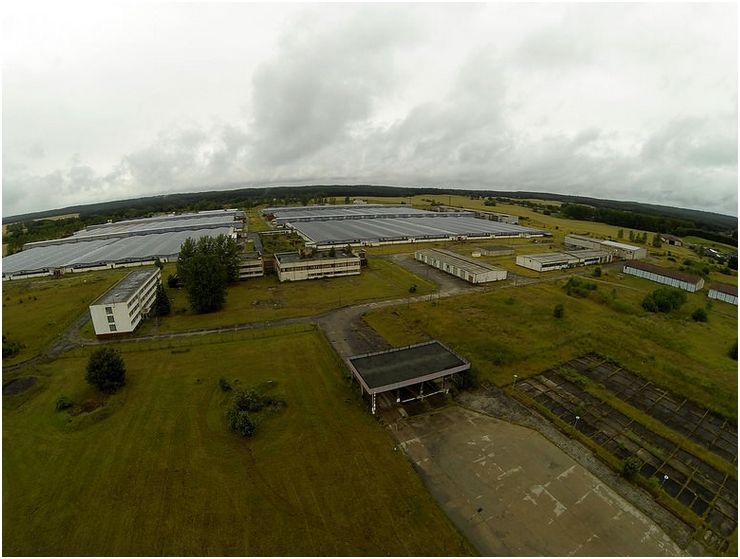 The demonstration also saw international guests, such as King David Amoah from the organisation ECARSARD  in Ghana, which works together with ‘Bread for the World’. “We, the Ghanaian farmers, want all these meat and vegetable imports to stop. We want to supply our people in our capital Accra with the food that we grow. Just as the Brandenburg farmers want to provide their people in the German capital Berlin with their good local food. Governments must end dumping exports and start to promote the productions of food for local markets.”, said King David Amoah.

The “We are fed up!” alliance will continue the protests against agro-industry. Their next demonstration will be held on July, 9 in Dresden (Saxony, Germany).

We at arc2020 think it’s hard to imagine a type of farming that’s less agroecological and more industrial than this. Is this really the best use of the EU’s CAP resources? And we’ve seen so many recent examples of the problems with large scale pig units, from extreme pollution levels in Baltic to soaring antibiotic levels.

All posts on industrial farming on Arc2020.

We Are Fed Up – Food, Climate & Rights on Berlin’s Streets

It is high time that our food movement connects with cross-cutting issues that will define the future we want. Pavlos Georgiadis analyses the intersectional, cross-cutting rights issues that brought him to Berlin for Wir Haben Es Satt […]

The world of meat as never seen before