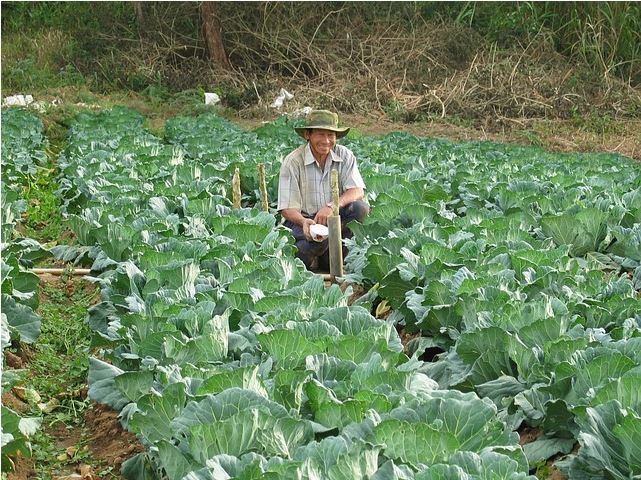 Thanks for inviting me. I represent a European work group on “Access to land for community connected farming”.

As you all know neither this back to the land issue nor the organic agriculture are for the moment capable to stop the global decline of smallholder/ family farming against an ever accelerating technology development touching every part of society. Especially the agricultural aspect of this development is a real threat for humanity, because land grabbing, robotisation, computer steered landmanagment,  cash crop economy, etc. are creating a huge mass of incapable, desperate, poor jobless people, formerly working on the land. A real social bomb!

Of course the agriculture they practise is often subsistent and unproductive, but instead of driving the people from the land to the rubbish belts of the megapoles, Olivier de Schutter of the UN proposes to improve their methods and keep them on their land.

Questioning the landgrabbing practices and in general the landmanagment  in the world is of course of the utmost importance to assure this maintenance and, in our part of the world, the installation of sustainable smallholder farming. TdL and the access to land group concentrate on this issue, not only by analyzing the disastrous consequences of private ownership of land or complete state-owned land.

We organized in France a movement that created financial structures, embedded in a social and solidarity context with shareholders, donaters and  volunteers, in short a democratic civil society system. This movement  buys and manages land, considering it not as a commodity, but as a common good that will not be sold again. Its a laboratory of change that rents land  for organic, “peasant” farming. The word “peasant” not used only for small farms but more in the social sense of “community connected farming”, corresponding to its social surrounding. Big cooperative farms as the Dottenfelderhof in Germany, Tablehurst farm in Great Britain or the Cooperativa Nuova in Italy with a whole range of activities and a lot of employment are completely corresponding to our ideas.

The international “Access to Land”- work group is there to coordinate comparable initiatives in several European countries. We exchange experiences, compare legal systems, make good examples visible on our website and prepare political propositions for a better landmanagment.

For the moment this land issue is not properly exposed and only superficially mentioned as an important aspect for a well balanced territorial policy between urban and rural development. This is partly due to very opaque  land legislation that differs from country to country, but very important is of course the private ownership of land. This private ownership is a holy and untouchable subject and still the historical base of many big fortunes everywhere !

So it is rather recently that NGO’s like OXFAM and syndicates like Via Campesina, IFOAM, and political organisations as FAO are taking the subject seriously and try to find solutions and international recognition of the problem. Our “access to Land”-group is offering to participate in this process.

When we talk of landgrabbing we mostly associate this with Africa, Asia, South America and more near the Ukraine where the landgrabbing is going  on in a very impudent way. But also in the USA and in Europe the phenomenon becomes visible. First of all, of course, in the new member states of the EU, but also in the USA and in Western Europe the upscaling of surface per farm and heavy investment make transmission of farms to the next generation difficult if not impossible. More and more investment funds are presenting themselves on the land and farm market, looking for modest but solid  profit in an uncertain financial situation. The recent sale of 17,000 ha of the English Coop-organization, probably to investors capable of buying the whole plot, is a good example. And the only thing the BFU (British Farmer Union) is saying that the land should be cultivated, whatever buyer comes up. In the same time Italian and Spanish governments are considering to sell state property the same way, notwithstanding proposals of NGO’s and CSO’s to reserve that land for sustainable, organic, “peasant” farming.

Why are NGO’s and CSO’s not considered a real alternative? One of the reasons is what I fight for already a long time, also in the IFOAM context and what the French philosopher Edgar Morin recently called very clearly: the dispersion of initiatives of change. These are his words. He talks about France but it can easily be transmitted in a wider context: “However there are in this country forces  of regeneration (transition ?) manifesting themselves in associations, initiatives of all sorts in towns and in rural areas. But they are dispersed. Though the solution depends on how their actions converge, this is actually not the case. They doesn’t succeed in bringing their ways together in ONE  united way. It is the time that these voices become one voice to show the Way out.

I hope we can agree  in this meeting of IFOAM that the decline of family farming is a real threat and that the access to land-question is an urgent priority, besides, of course, the direct IFOAM headlines. Without a real position towards the access to land there is a real danger for organic agriculture to become, and this is , as you all know, already happening, just an industrial variant of high tech agriculture.

We need, as Edgar Morin indicates, to make decisions, accept compromises and  create a coalition capable of making visible the need for a rural revival of small holder, productive and socially responsible food production. Already FAO and the UN committee on Food Security developed the “Voluntary Guidelines”. This is a good start. Next to that, and that seems logic, the UN committee on world food security works on family and smallholder farming to improve this food security. Again the role of IFOAM is evident ! Civil society organisations (CSO) do participate in this process. And again, the more visible a large coalition is, the better!

In short we need to know what is the strategy of IFOAM. Does IFOAM agrees on the land issue, coupled to the smallholder issue, coupled to the organic cause? Once clear about that does IFOAM agrees that a big powerful coalition of a large number of CSO’s, already present in the UN CFS should be envisaged and the research to collect a consequent budget should be launched.

It is a good sign that The European Foundation center organizes in October a congress on the way Foundations could support family farming. Our access to land group is participating on this event and ready to participate and propose, collect examples and help to find the way that brings together all the pathes to change. 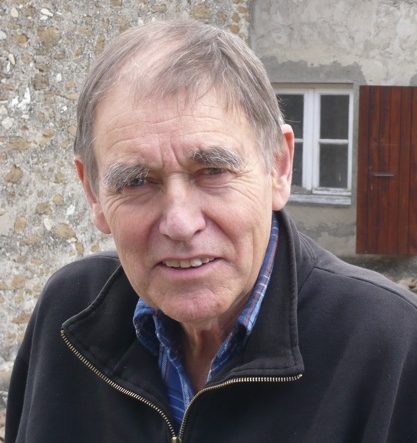 Sjoerd Wartena is founder and board member of Terre de liens. This is the manuscript of his presentation “Land managment, organic agriculture and their role in the reversement of the global decline in small holder farming” during the 8th European Organic Congress.

More about the European Organic Congress

More on landgrabbing
More on Agroecology
More on organic farming
About Sjoerd Wartena 4 Articles
Sjoerd Wartena is founder and board member of Terre de liens. This is the manuscript of his presentation “Land managment, organic agriculture and their role in the reversement of the global decline in small holder farming” during the 8th European Organic Congress.