Agriculture 3.0 describes the increasing implementation and promotion of digital technologies in agricultural production. Promising more efficient farming, higher yields and environmental sustainability, AgTech has entered the mainstream, pushed by the EU, international corporations and national governments across the world. Increasingly, serious questions are raised about the impact of such market-oriented technologies on the agricultural sector. Who has access to these technologies? Who controls the data? In this 2-part piece, Gabriel Ash investigates the potential of Free/ Open Source Software to make agricultural digitisation more accessible.

Recently, a number of initiatives defending free access to agricultural knowledge have emerged. FarmHack, Atelier Paysan, The Open Seeds Initiative, and Open Source Seeds advance alternatives to the proprietary knowledge model of industrial farming based on ideas drawn from Free/Open Source Software. These initiatives respond to current trends in agricultural development and raise questions about its direction; they express an emergent concern for the commons against the drive to privatize knowledge. But why now? What is Free/Open Source Software (FOSS)? How is the FOSS model applied to agriculture? Finally, what are the opportunities and pitfalls such schemes present?[1]

Artificial Intelligence, Big Data, blockchain, cryptocurrencies—these are today’s ‘hot’ investment trends. The hi-tech ventures that seek to deploy these technologies receive the bulk of new investment in start-ups as well as media attention. The dominance of Information Technologies affects agriculture in two ways: First, an investment gold rush is building up in ‘Agritech,’ around buzzwords such as ‘smart farming’ or ‘precision agriculture,’ and a crop of companies that seek to make agriculture more efficient and profitable with information technologies such as drone and satellite imagery analysis, cloud based data collection, digital exchanges, etc. One gets a sense of the magnitude of the forces unleashed from browsing the offerings of start-up accelerators such as EIT.  Second, businesses, regulators, politicians, NGOs, and the media adopt vocabulary, goals, expectations, and ‘common sense’ derived from Information Technology, which are then applied to agriculture.[2]

The dominance of Information Technology and its tendency to shape other industries as well as law and regulation is not simply the outcome of “market forces.” Both the US and the EU have long promoted the dissemination of Information and Communication Technology (ICT) and the adoption of new intellectual property rights to support it. Thus, “the 2005 Spring European Council called knowledge and innovation the engines of sustainable growth…it is essential to build a fully inclusive information society, based on the widespread use of information and communication technologies (ICT) in public services, SMEs and households.” According to António Guterres, United Nations Secretary-General, “we want to ensure that big data will bring the big impact that so many people need.” It is taken for granted by policy makers that innovation and growth depend on commodified, proprietary knowledge, which in turn require reforming and unifying intellectual property rights.[3]

With the growing visibility of ICT, the policy drive for hi-tech innovation, and the push to commodify and privatise knowledge, alternative practices that first emerged within ICT—notably Free/Open Source Software—have also migrated into the mainstream, inspiring projects such the Creative Commons and Free Culture. They are also gaining a presence in agriculture.

What is Free/Open Source Software (FOSS)?

FOSS emerged in the 1980s among computer scientists and engineers who resented the way commercial constraints interfered with the norms of unfettered collaboration and exchange of information that prevail in science. In 1985, Richard Stallman created the Free Software Foundation (FSF), which launched the GNU project of free software tools. Breaking with the habits of commercial development, the software was written by volunteers in open collaboration over the internet and gave users full access to the source code as well as the right to freely share, tinker with and modify the program.

The FSF introduced a new relation between software producers and users, the General Public License (GPL), which effectively “hacks” copyright law to create the very opposite of a property right, a resource that obliges its users to place the fruits of their own labour in a shared common domain. By mandating that all derivative works must be distributed with the same license, this property of the GPL, called ‘copyleft’, prevents the appropriation and integration of free software in a proprietary product and guarantees that the code will remain free and open to users.

Although inspired initially by ideals of openness and freedom, FOSS did not evolve as a radical challenge to proprietary software. Companies large and small soon began investing important sums in open source development, creating new business models around it. In 1998, the shift toward as a more business-friendly model was formalized with the establishment of Open Source Initiative. Today the trend for new projects is towards licenses that eschew copyleft.

There is a perception that FOSS is US-centric. This is true insofar as the powerful US tech industry has shaped its major trends, but with important qualifications. Not only are there numerous European organizations promoting FOSS, but European countries, especially France and Germany, provide a surprisingly large number of participants. Furthermore, a number of Third World countries and public institutions have embraced it for political reasons.

FOSS is undoubtedly a success story. Its products, including heavyweights such as the operating system Linux and the ubiquitous PHP, MySQL, and Apache, power much of the web, and major ITC companies rely on it. It is also a realm of empowerment and meaning for the skilled programmers who contribute to it, one that implicitly invokes new forms of collective creativity, unfettered by the structures of intellectual property that support the expansion of the ‘information society’ and its attendant commodification of knowledge. Yet FOSS has not delivered on the utopian aspirations that are often invested in it. It has not subverted the dominant proprietary industrial structures, nor has it ushered a society of empowered technology users/creators. In David Barry’s words, FOSS remains “precariously balanced between the need for a common public form in which innovation and creativity can blossom and the reliance, to a large extent, on private corporations…” that push forward the commodification and enclosure of knowledge.[4]

Mechanized farm equipment manufacturers such as John Deer progressively moved toward digitized, software-controlled components that require authorized software access to repair, as well as restrictive contracts that forbid repairs and modifications. This inspired hackers, first in Eastern Europe, then in the US, to develop and share hacked versions of the control software, circumventing the manufacturers’ protections. In the US, farmers who used those hacked versions joined a larger movement demanding legislation to protect ‘the right to repair.’[5]

Addressing similar concerns from a different direction, FarmHack, established in 2010 and describing itself as “a worldwide community of farmers that build and modify our own tools,” draws inspiration from the hacking culture of FOSS to promote low-cost, open farm technology. Participants share designs for farm tools and license them under ‘copyleft’ licenses. FarmHack seeks to “light the spark for a collaborative, self-governing community that builds its own capacity and content, rather than following a traditional cycle of raising money to fund top-down knowledge generation.”

In France, Atelier Paysan was set up in 2011 with a similar basic concept, offering “an on-line platform for collaboratively developing methods and practices to reclaim farming skills and achieve self-sufficiency in relation to the tools and machinery used in organic farming.” Unlike FarmHack, whose off-line presence is limited to meetups, Atelier Paysan is organized as a cooperative that owns a certain amount of equipment and provides workshops to farmers. Atelier Paysan publishes its collaborators’ design under the same creative commons ‘copyleft’ license.

The enclosure and commodification of plant genome through patenting, licensing, and hybridization have spurred similar efforts. The Open Source Seed Initiative, a US organization created in 2012, describes itself as “inspired by the free and open source software movement that has provided alternatives to proprietary software,” with the goal “to free the seed – to make sure that the genes in at least some seed can never be locked away from use by intellectual property rights.” After initially trying and failing to devise a legally enforceable license, OSSI opted for a short pledge that is printed on all seed packages: “…you have the freedom to use these OSSI- Pledged seeds in any way you choose. In return, you pledge not to restrict others’ use of these seeds or their derivatives by patents or other means, and to include this Pledge with any transfer of these seeds or their derivatives.” As of today, OSSI’s list of pledged seeds numbers over 400 varieties.

Last year, a second open seeds initiative was unveiled in Germany, Open Source Seeds, which has its institutional roots in ecological agricultural development in the Third World. Unlike FOSS copyright-based licenses, OSS license was devised under German civil contract law. The license, which is copyleft and includes derivatives, aims at combating market concentration. As one can expect for an organization that operates for less than a year, only five open source varieties are listed so far, all tomatoes. 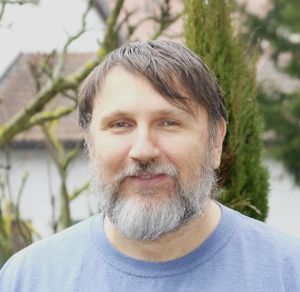 Part 2 will question whether FOSS can stem the tide towards the commodification of agricultural knowledge.

[1] The account of FOSS below is highly indebted to David Berry’s excellent analysis in Berry, D. (2008) Copy, Rip, Burn: The Politics of Copyleft and Open Source, Pluto Press, London.

Navigating In Circles, On Course For 2030!

Since the turn of the century ARC2020 has been part of the struggle to make European farming, food and rural policies fairer, more resilient and fit for the future. Are we going around in circles, or navigating in circles? Hannes Lorenzen shares some reflections for the year(s) ahead. […]