Agroecology is gaining more and more support from different actors around the world and is inspiring new collaborations such as the recently formed Hungarian Agroecology Network. The network was created 5 months ago and has already more than 60 active members from all over Hungary; among them farmers, representatives of producer and consumer groups, of NGOs and short supply chains, academics and researchers. Lili Balogh has more.

There have been several waves of movements to promote organic farming and sustainable living, however there is a growing need and an urge to act together in the fields of sustainable food systems. The aim of this multistakeholder, transdisciplinary and intergenerational network is to connect and strengthen those working with agroecology. The network is meant to be a meeting point, a knowledge-producing and -sharing community, and an advocacy organization. The long-term goal is to promote a national and international agroecological transformation of practices and policies and the implementation of food sovereignty through joint work and movement building, and to work together to create a socially, economically and naturally sustainable agricultural production, processing and distribution system in Hungary – and beyond.

In recent years, we have witnessed the rise of agroecology in the international policy and academic spheres. This has given social movements extra motivation to claim support for an agrarian reform, which genuinely promotes and incentivises agroecological transitions. Wider coalitions have strengthened international collaborations at different levels. This international momentum sparked up on different important occasions, such as the Nyéléni Food Sovereignty Forum held in Cluj in September 2016, and then the Regional Symposium on Agroecology for Sustainable Agriculture and Food Systems in Europe and Central Asia organized by FAO in Budapest in November of the same year.

In April 2018, the Civil Society Organisations’ Regional Consultation prior to the FAO 31st Regional Conference for Europe and the side event dealing with the United Nations Declaration on the Rights of Peasants and other People working in rural areas were co-organized by Védegylet, a Hungarian eco-political NGO which has been advocating for food sovereignty in the past decade. Védegylet was also a partner in the European H2020 project called ‘BOND – Bringing organizations and network development to higher levels in the farming sector in Europe’, where they were inspired by the many amazing organizations and good examples of collective action throughout Europe. First, they started to organize the ‘Agroecology Nights’: movie projections followed by a lively debate among the different actors of agroecology, presenting its ecological, socio-political and economic dimensions. During the different activities it became apparent that a mapping activity could greatly help the strengthening of the Hungarian agroecology movement by understanding better its state of the art. 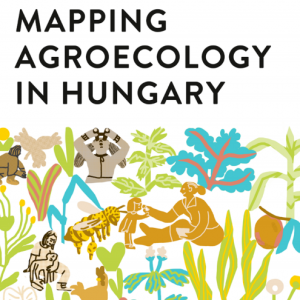 The report “Mapping Agroecology in Hungary” is the result of a 10-month-long mapping project in 2019-2020, commissioned by Agroecology Europe, carried out by Védegylet with the help of the Environmental Social Science Research Group (ESSRG), Hungary. The goal of this research was to gain a general overview of the present state of agroecology in Hungary, through attaining an understanding of the historical and political contexts in which these developed and currently function, but also to map agroecology related initiatives, research and their networks.

Seeing the abundant diversity of actors and initiatives, the primary results of this mapping activity were presented at the 1st Hungarian Agroecology Conference in November 2019; followed by a workshop with the aim to connect actors from agroecological initiatives in Hungary and form a basis for future cooperation of the stakeholders (farmers, researchers, members of civil society organisations, consumer associations and NGOs, decision makers, etc.). The event proved to be useful on many levels: different stakeholders got to know each other and collaborations have been born; a common, agreed context for agroecology in Hungary was discussed (with its constraints, realities and opportunities); and last but not least, the participants created long-term visions, which were then translated into short term goals and actions.

The main outcome of the workshop was an agreement on the creation of a Hungarian Agroecology Network. However due to the pandemic situation, the process slowed down and preparatory work (questionnaire to identify and assess the needs and resources of the network, communication campaign on the 10 elements of agroecology) started again in October 2020, when Védegylet organized 4 workshops to shape together the foundations of the Hungarian Agroecology Network. Very proactive dynamics have been taking place in the last 5 months: more than 14 meetings were held and, during the most recent one, the group members even created their common vision statement.

Currently the Network has 3 working groups: Education and Knowledge sharing, Landscape and natural resources management and Farmer involvement working groups. With the help of diverse practical and theoretical knowledge created jointly by members from different sectors, the network intends to:

The members of the network already formulated a common position statement regarding the new CAP and sent it to the Hungarian Ministry of Agriculture and wrote two project proposals in order to initiate concrete joint actions. They also organised an international conference on the importance of agroecology in research and higher education as a response to the extensive restructuring that is currently taking place in the Hungarian academic sector.

Specifically, research institutes and universities dealing with agriculture are being merged into one single institution going under the name of MATE ( the Hungarian University of Agriculture and Life Sciences), whose newly-appointed board of trustees will have to respond to a foundation. The director of the board himself comes from the private sector, being an influential agrarian businessman in Hungary.

Therefore, with the ongoing debates around the Green Deal and its Farm to Fork and Biodiversity Strategies, and especially the negotiations around the new CAP on one hand, and the growing interest in food sovereignty and agroecology on the other, it is now more urgent than ever to join forces and act collectively – so if you feel like engaging with us, or know of any possible support that might help our work feel free to get in touch at agrookologiamagyarorszag@gmail.com. 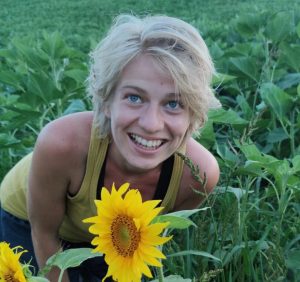 Lili BALOGH, Deputy Secretary-General of Védegylet, is a Bioengineer, Agronomist and also a board member of Agroecology Europe. She gained various theoretical and mostly practical knowledge on sustainable food systems while working with numerous types of stakeholder groups differing in age, culture and education in Cuba, Congo, Canada, Belgium, Wales, etc. She has been active in promoting Agroecology and Food Sovereignty for the past 7 years at national, European and international level, and currently she is one of the coordinators of the Hungarian Agroecology Network. She has started her own farm in West Nógrád in 2018 where she started applying holistic management, regenerative agriculture, permacultural and agroecological principles.

Organic livestock farming is the only CAP supported agri-environmental (AES) measure that has been shown to correlate with higher bird numbers. This finding comes from newly published research on birds in Finland. […]

Soil Scientist Dr. Andrea Beste opens our #SoilMatters debate by telling us about humus, soil structures & the limits of no-till. […]