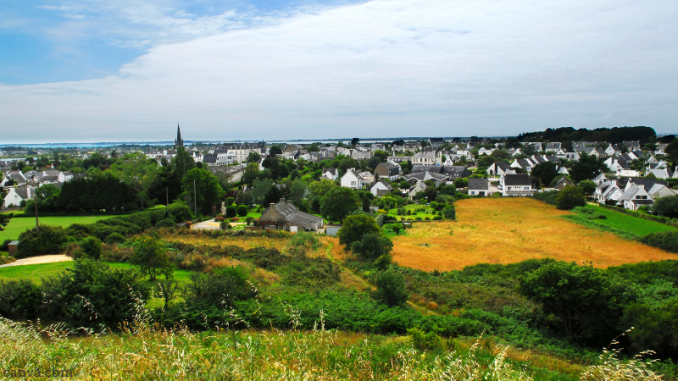 Brittany’s sustainable farmers have breathed a collective sigh of relief as further funding is secured for the agroecological transition. But while the region makes the most of CAP Pillar 2, the French state continues to prop up factory farms with Pillar 1. Louise Kelleher has more.

When regions are handed control of the purse strings, sustainable agriculture reaps the benefits. That’s the lesson to be learned from Brittany, where agroecology was recently promised another slice of the CAP pie.

Amidst uncertainty around the future of CAP, Brittany has announced another year of funding for programmes that support the transition to sustainable farming, topping up the region’s previous five-year commitment.

“Between 2015 and 2020, the region has allocated €263 million to the transition, Agri-Environment-Climate Measures (AECM),” said Olivier Allain, Brittany’s Vice-President for Agriculture. With responsibility for managing pillar 2 payments, Allain, who is also a farmer, has spearheaded the funding of the agroecological transition in the region.

Brittany’s newly announced €30 million top-up in investment in the agroecological transition will be funded equally three ways by the region itself, the State and EU funding.

“5,500 farmers – out of 28,000 – have signed up to change their practices. No other region in Europe has put in place such measures,” Allain told broadcaster France 3.

With organic farming supported by €32 million annually, some 200 Breton farms are converting to organic systems every year. Almost 9% of Brittany’s farms are now organic, reports Ouest-France.

Making the most of Pillar 2

In France Pillar 2 payments are managed at regional level, giving local authorities the leverage to decide which measures they spend the money on.

Pour une autre PAC, a French platform campaigning for CAP reform, also welcomed Brittany’s renewed commitment to the agroecological transition. “The example of Brittany shows it well,” Mathieu Courgeau, president of Pour une autre PAC, told ARC2020. “When a Region makes the most of some of the tools of the second pillar of the CAP, tailored to accompany farmers in their transition, then even territories which are historically characterized by an agro-industrial model can evolve,” said Courgeau.

Agroecology by another name

Brittany has a long history of agroecology – even if it wasn’t always called that. The paradox here is that the divide between family farms and factory farms is not so clearcut.

Booming population growth in the 20th century drove the region’s shift to intensive farming. Unable to expand in terms of acreage, traditional family farms instead intensified. Today France’s most important agricultural region, Brittany has managed to hold onto its family farms to a greater extent than elsewhere. But the industrial model is predominant.

An alternative farming movement first emerged in the 1980s, as intensive farming began to draw criticism. Self-sufficient smallholdings cropped up, such as dairy farms using more grasslands instead of imported soy or corn.

“Brittany is a case study of diverse farming systems,” commented Samuel Féret, mayor of the village of Arzal in Brittany, and a former ARC2020 board member.

New entrants, local and non-local, have led the charge against the input-heavy industrialized model. Newcomers tend to operate smallholdings, favouring organic practices and horticulture over Brittany’s traditional livestock farming. Tending to use fewer inputs, this is agroecology by another name.

This long history of agroecology in Brittany is reviewed in a 2015 book “Land of the Future: A 20 Year Experiment Towards Agroecology”. The secret to the sustainability of the region’s agroecological farms over the previous two decades was that these farms systematically worked to add value, and to increase their self-sufficiency.

Agroecological farms have respect for natural resources, and generate more employment due to the use of fewer inputs, notes Féret. “The history of agroecology in France has followed a pathway,” he told ARC2020. “The agroecological programmes of Brittany belong to this pathway.” 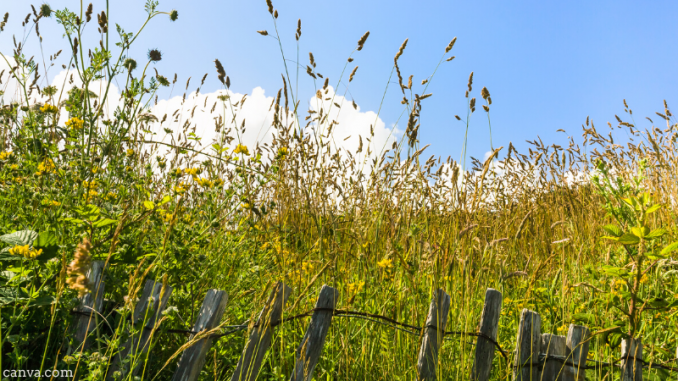 Brittany is now pushing to gain regional control of Pillar 1 payments. At present Pillar 1 is allocated at national level and largely goes to support a factory farm model.

In effect public money is subsidizing factory farms, claims Greenpeace France in a new report on the increasing industrialization of French livestock. And all the more so in Brittany, which dominates France’s pork and poultry production. Two-thirds of the pork, chicken and eggs produced in France come from just 1% of French farms.

In France factory farms with stocking rates over a certain threshold are registered as environmental protection classified facilities (Installations classées pour la protection de l’environnement or ICPE). Brittany is home to nearly half of these classified facilities, which are in theory subject to a tighter inspection regime due to their risk to health, safety and the environment.

Yet ever slacker regulations over the past decade have resulted in a surge in incidences of effluent discharge from these industrial farms that are contaminating Brittany’s waterways.

According to research by Greenpeace France, upwards of 40% of ICPE facilities are in receipt of CAP subsidies. Brittany’s factory farms were subsidized to the tune of over €17 million between 16 October 2017 and 15 October 2018.

Greenpeace France wants to shut off CAP funding for factory farms, and to scrap per-hectare payments. Instead of sponsoring overproduction, CAP should fund small farmers and the transition, it says. In the conclusions of its report the NGO also recommends introducing national legislation on land access to support new entrants and organic farming.

“An organic market gardener on one hectare gets nothing”

The environmental cost of the industrialization of the livestock sector is all the more reason to bring direct payments under regional control, argues Olivier Allain.

“The idea would be to cap supports at €25,000 – €30000 per farms, to discourage growth [of factory farms],” Allain told broadcaster France 3. “And to allocate at least €5,000 to each full-time small farmer. At the moment an organic market gardener on one hectare gets nothing.”

The contrast is striking between regional and national priorities. Since French President Emmanuel Macron came into office three years ago, “organic farming has been the victim of the total absence of ecological vision” claims the French Organic Farming Federation (FNAB), which blames the Macron administration for “late payments, loss of maintenance supports, and misleading development objectives”.

Along with Spain, Belgium, Italy and Germany, France is one of only a handful of EU Member States to differentiate their rural development programme (RDP) at regional level (Finland and Portugal have separate RDPs for the mainland and their islands).

Brittany is an instructive lesson on making more of Pillar 2 funding, and what can be achieved when the region holds the purse strings.

More on France and Agroecology

A Different Path to the Land – Cheese Makers in Brittany

What is Grass Fed Beef all About?

The European Court of Auditors (ECA) most recent relevant report on CAP and climate outlines a host of serious issues and a under performances by the policy, while also making some suggestions for big, achievable climate wins. However, we in ARC2020 were a little taken aback by how the paper treated organic farming – funded as it is under CAP – and its climate impact. […]

In Loire-Atlantique, in western France, ARC2020 and Nos Campagnes en Resilience hosted a rural gathering. The weekend created space for farmers, rural actors, regional and European organisations and policymakers to share, reflect and prepare action for the future of our countryside. […]

Could ‘Eco-Schemes’ be used to Support Organic Farming under CAP?

“Member States may decide to set up eco-schemes for agricultural practices such as the enhanced management of permanent pastures and landscape features, and organic farming” says the European Commission. What does this practically mean for support for organic farming? […]