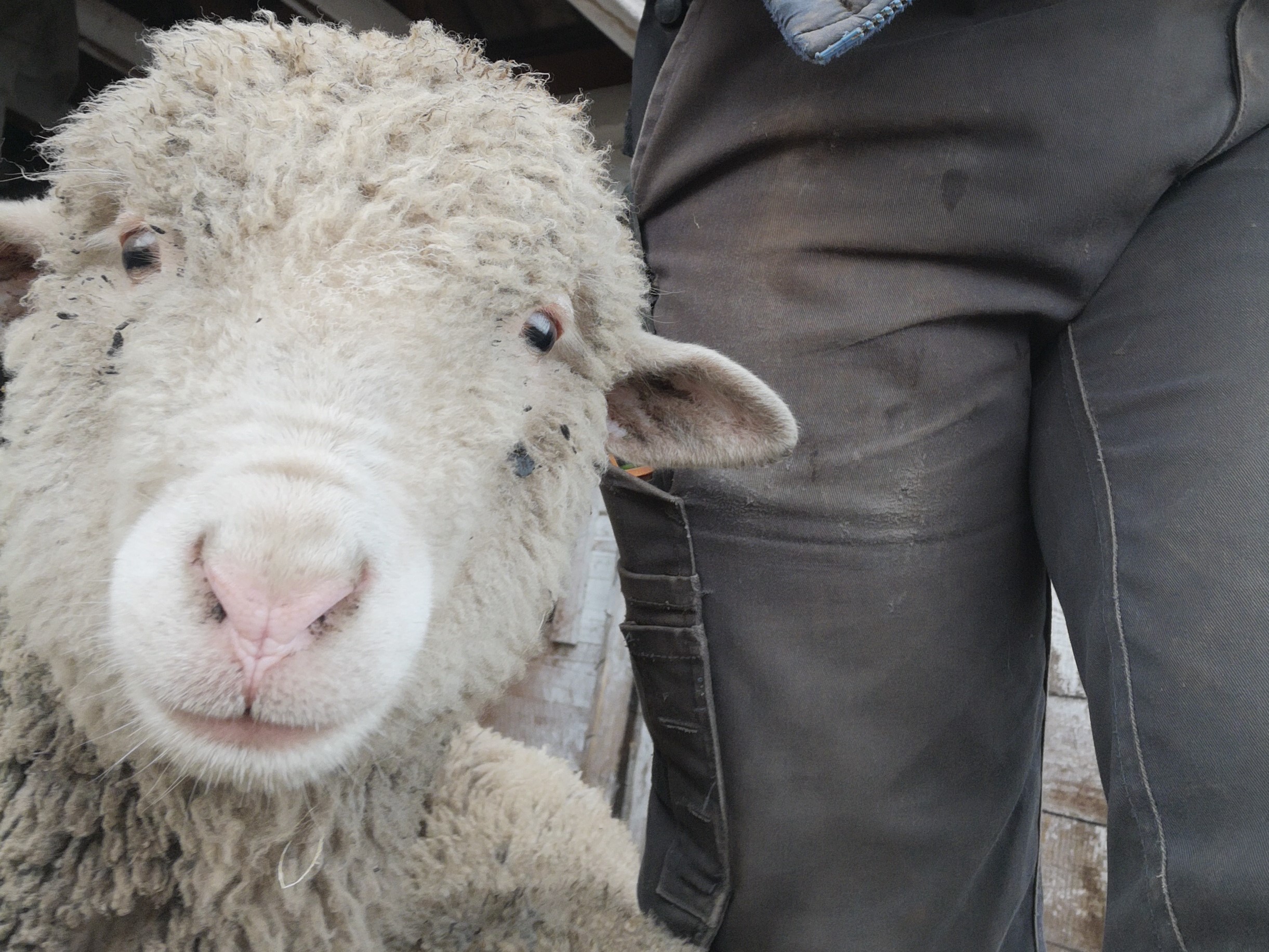 We’re back on Zsámbok farm in Hungary, where Matthew, Kata and the team have been doing some deep thinking about the ethics of taking a life as they slaughter their first sheep. The farm is trying to strike a balance between respecting traditions while pursuing sustainability and efficiency, writes Matthew – and learning as they go. 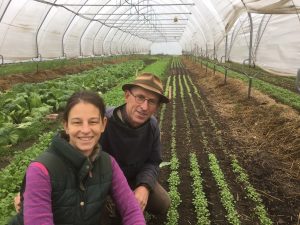 For millenia ethical questions have pivoted around the value of a life.

In the autumn we decided to start a small flock of sheep on our small farm, to test out for ourselves the wonders of rotational grazing.  Our aim is to continuously build-up and improve our soils, and the promise of multiple benefits accruing from multiple small paddocks, grazed by a small flock of sheep, with the added benefit of an extra source of on-farm farmyard manure seem like too good an opportunity to pass by.

Six months on and the first serious decision has brought itself forward.  Who is for the chop first?  Címbi (“Old Friend” in Hungarian), the lovable but slightly iracible ram, Tejföl (the doeful young ewe) or Rasputin, the younger, but more vigorous buck?

We are still in the process of deciding on the production purpose of our sheep (wool?  meat? dairy – probably not) – so far, we are mainly just experimenting with establishing the housing and electric fencing, and learning pitfalls, so there are a number of ways the deliberations could take us.

In the end we decided (with a little regret), that it needed to be Rasputin.  After all, he is brother to Tejföl and separating a ram out from a flock of three doesn’t really leave even a modest flock.

It was Good Friday, which seemed somehow an auspicious day to sacrifice our first lamb to the altar of regenerative (small) farming.

András came from the village with his homemade knives and loppers to deal with the butchering.  Steel salvaged from various farm implements, repurposed into tools for cutting, chopping and scraping provided András with the equipment he needed for the job.

The whole slaughter and butchering was over in a couple of hours, including salting the fleece for curing.  No apparent pain and minimal fuss.  A contented life repurposed into various cuts for various Easter dinners – so where is the ethical dilemma in all of this?

In this small Hungarian village, on our farm we are a right old post-modern soup.  We have local Roma women, de-growthers from Budapest, agricultural graduates in their first farm jobs, neighbours and friends.  From traditional meat eaters to “steel helmetted” vegetarians, from omnivores to 5-day-a-week vegans – we can boast them all on our farm.

We want to respect and value traditions, whilst seeking sustainability, whilst looking for efficiency, whilst learning-by-doing.

Amongst us there are those who believe that the higher evolution of our human species depends on freeing ourselves from the karmic burdens of meat-eating.  We have those who believe a square meal prerequires at least a portion of animal protein.  Some of us believe that although a vegetarian diet is healthy and treading light on ethical ground, we need animals within our farming system to bring in the right mix of microbes, nutrients and enzymes to our soil and crops.

Here in Spring we are busy converting all of those microbes, nutrients and enzymes into fresh vegetables.

The market garden at this time is flush with new, sprouting growth in our permanent, bio-intensive beds. Sowings and plantings of salad greens, brassicas and roots, garden peas and green manures, alliums and endives.

Allan Savory reckons it is a matter of context.  Right management decisions can only be made when we consider in a complex way all of the factors which create context.  Perhaps ethical value-judgements start here.

Anyhow, on our farm, on this Good Friday, this is how things went.  A good deal of discussion, some heart-searching, and some fresh lamb for the table for those who want – a right rare soup.

Matthew Hayes started farming as an apprentice on Tablehurst Farm in the UK in 1984. He worked on a number of different farms and social farming projects over the subsequent years, until in 1995 he found himself in Hungary with his first wife and then young children. Originally working on composting projects at Gödöllő Agricultural University, he soon got diverted back into growing organic vegetables, and together with colleagues at the university set up the first community support agriculture scheme (CSA) in Hungary in 1998. This project became a student training farm which Matthew managed until 2015. Meanwhile, in 2010 together with friends Matthew set up a small farm/market garden in Zsámbok, a village 60km east of Budapest. This farm became the Zsámboki Biokert. The farm operates as a small commercial market garden and box system supplying local seasonal organic produce to Budapest and the surrounding area. Matthew lives in Zsámbok with his wife, Kata, and two young children, Sára and Jakab. He is on the board of Nyitott Kert Alapítvány (Open Garden Foundation) and a trustee of the Ruskin Mill Land Trust, UK.

Madeline McKeever has been farming in west Cork, on the edge of the Atlantic, since 1999. First in dairy and cheese making, then beef, and now mostly selling organic vegetable seeds. Madeline has seen a lot – like the return of mushrooms, white clover, and dozens of plants in her unploughed sward. […]

Wallonia’s Observation Letter: A plan that fails to address climate and biodiversity crises

Here you’ll find the Observation Letter to Wallonia’s CAP Strategic Plan which ARC2020 has obtained. In no less than 210 points, the Commission exposes a lack of strategy towards healthy, sustainable and economically viable food systems for farmers, as well as incompatibilities and serious shortcomings in the measures proposed to deal with the climate and environmental crises. The Walloon government must review its copy by September 30th  and obtain validation from the Commission so that the plan can enter into force on January 1st 2023.  […]