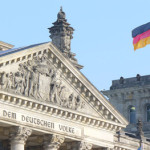 Following the release of study findings yesterday that chicken sold in German supermarkets is often contaminated with antibiotic-resistant bacteria, German Agriculture Minister Ilse Aigner has proposed an amendment of the Arzneimittelgesetzes (Medicines Act) to prevent the development of resistance to antibiotics.

The study, carried out by Friends of the Earth, Germany (BUND) found that every second chicken sample from German supermarkets is contaminated with antibiotic-resistant germs, resulting from the excessive and improper use of antibiotics in industrial animal farming. The development of these germs have clear health implications for human health.

In order to prevent further damage, a package of measures was unveiled by Aigner earlier today and has now been sent out for consultation. They introduce stricter controls, identification of cases where use of antibiotics may be allowed and the need for greater information exchange.

Aigner also stated the she intends to significantly increase the transparency of the use of antibiotics, starting mid-2012 to enable the relationship between use of antibiotics and the development of resistance to be monitored.

Further activity with a focus on the improvement of animal husbandry and animal health during next week’s Green Week was also encouraged.