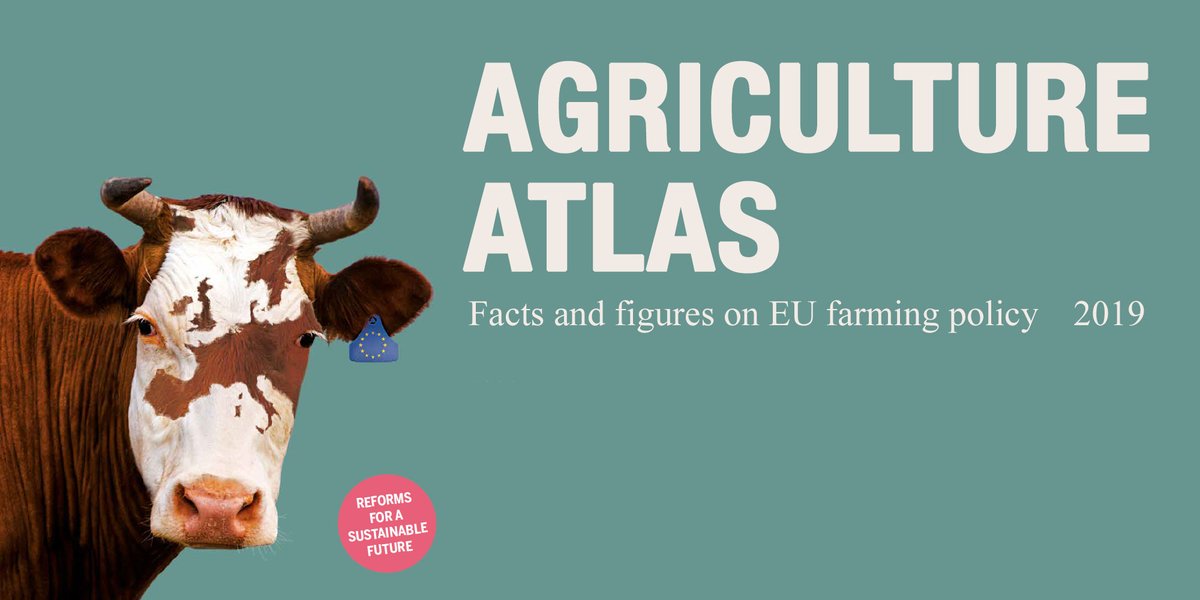 Last week, huddled in the Heinrich Böll Foundation’s Brussels office, we launched the Agriculture Atlas – Facts and Figures on EU Farming Policy. A collaboration between the Heinrich Böll Foundation, Friends of the Earth Europe and BirdLife International, the extensive, free report provides a brilliant, comprehensive overview of the state of play of European agricultural policy.

What does the CAP look like concretely? How does the food and farming system differ across national borders? What are the implications of such policy on biodiversity, climate change mitigation, animal welfare or small farmers? How does the European food system affect the wider world? How should we do things differently? At the height of the European elections and with the CAP reform entering a critical next phase, this is a pertinent time for such a publication.

The launch event presented the Atlas and featured a panel discussion with representatives of some key agri-food civil society actors on the future of the CAP. Speakers were Aurélie Catallo from Pour une autre PAC, Inés Jordana from Por otra PAC, Dorota Metera, from BIOEKSPERT and the Polish agrifood coalition, Geneviève Savigny from ECVC and Peter Werheim member of Phil Hogan’s cabinat, chaired by Christine Chemnitz from the Heinrich Böll Foundation.

.@IJordana_RD – we are very worried about the lack of targets at EU level, the next CAP will become even more subject to local political influence without them #AgricultureAtlas #FutureofCAP pic.twitter.com/gwWoRhNtwf

“Today’s farming policy is highly inefficient, ineffective, and inequitable…Instead of mainly supporting the biggest, agro-industrial players, the CAP needs specific instruments and targets which coherently support sustainable farms, which are the ones that manage to link healthy food, care for the environment and employment and thus better perspectives for our European regions. The CAP needs to be taken as an opportunity to unite the European continent by deconcentrating and spreading fair and equal subsidies throughout all our regions, enhance thus social cohesion, provide the rural population with long-term development perspectives and reinforce the positive perception of Europe.”

The report is split both geographically and thematically. First it breaks down the different components of the CAP, introducing the history of the policy, it’s two-pillar system and it’s funding system. Then it delves into the nature and implications of the CAP on the ground, for even the same policy will have different consequences across an area as diverse as Europe. Accordingly, the report has contributions from France, Austria, Italy, Spain, Poland and Germany, covering who the key financial beneficiaries are as well as what the key issues in those countries are. Next the report examines the different implications of the current CAP, its encouragement of industrial agriculture, it’s impact on the environment and how it leads to the loss of small farmers, for example, before concluding with an analysis of how the European agri-food sector sits within global trade and development in the Global South.

Specifically, the chapters are

Each chapter is written by a different individual or organisation including some you might recognise from this website like our Letter from a Farm contributor Brîndușa Bîrhală,  Alan Matthews, Christian Rehmer from BUND and Harriet Bradley from Birdlife Europe. ARC2020’s Oliver Moore and Helene Schulze also contributed a chapter on rural development and the second pillar of the CAP. You can read this in full here tomorrow. Together then, the Agriculture Atlas manages well to gather real expertise from across the continent.

For everyone somehow involved in the European agri-food system, whether as a farmer, policymaker, activist, academic or consumer, this is an important read.

For a year, a process to generate feedback from European citizens on how Europe should change, develop and unfold has been underway. This Conference on the Future of Europe (CoFoE), launched in the spring of 2021, aimed to provide future guidance, while calling on the EU institutions and national parliaments to take action. […]

Guest post by Siobhan o Donoghue of Uplift The milk quota system across Europe came to an end on April 1st. Listening to the dominant media and political commentary in Ireland you could be forgiven for thinking that this landmark event heralds the beginning of great things for farming and farmers. In fact the ending of the famous milk quota system just accelerates the race to the bottom for sustainable farming. The deregulation of milk production risks destabilising the market. Farmers will find it harder to secure a fair price for milk as corporate businesses become more powerful and gain more control of the market. Smaller farming families will find it more difficult to stay in business and out of debt because of inevitable fluctuations in milk prices. The Irish government’s Food Harvest 2020 Strategy predicts that milk production will increase by 50% with the removal of milk quotas. Agriculture is Ireland’s largest contributor to overall Greenhouse Gas (GHG) emissions, accounting for over 30% of our total GHG emissions. By 2020, emissions from the agriculture […]