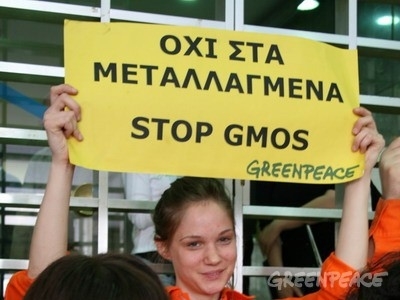 Two Greek Environment Ministers, two different stances, two different eras. The first one Theodoros Koliopanos, back in 1998, found the courage to stand up boldly and humbly against the EU Commission, the biotech companies and the USA pressures that wanted to flood EU with GMOs at the time. Maybe not many of you know that the famous 5 year de facto moratorium that prohibited the authorisation of GMOs in EU between 1999-2004 it was a proposal of the Greek Environment Minister Koliopanos, backed by France initially and then by 5 more countries (Italy, Denmark, Luxembourg, Belgium and Austria). The Environment Ministers of that time took into account the worries of the majority of the public regarding the environmental and health impacts of GMOs,  the Precautionary Principle, the absence of adequate EU regulations for the risk assessment, the labelling and traceability of GMOs, the scientific uncertainties and the risk of farmers dependency by the big biotech companies. This initiative was the beginning of a legal battle within EU that led to the current EU legislation and was one of the factors that kept Greece GMO free and also the EU GMO free in large part. It is worth noted that in the USA, still there is no labelling for the GMO products, something that americans demand more and more strongly.

The second Greek Environment Minister, Ioannis Maniatis, under the auspices of EU the Greek Presidency and after the new EU Commission intentions to authorise a new GM maize for cultivation has reopened the issue of national bans in the EU by reopening the doors to GMOs.

Although, Maniatis repeats that he totally supports the GMO free status of Greece and claims that only intends to solve this existing legislation deadlock by amending an 2010 EU Commission proposal that would allow the member-states to ban GMOs in their territories, Greenpeace accused the Greek minister that his proposal entails serious legal flaws and will not stand up a legal scrutiny as it will make very difficult if not impossible for a country to ban GMOs. 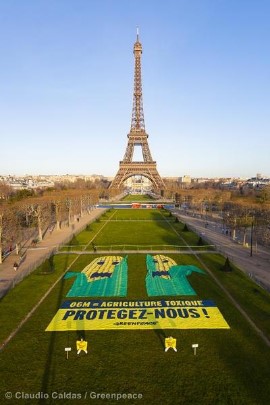 Greenpeace EU agriculture policy director Marco Contiero said: “The Greek presidency proposal has feet of clay and would come tumbling down with a mere prod. It would expose countries that want to ban GM crops to legal challenges and force them to do deals with biotech lobbyists behind closed doors. A legally solid GM ban should be based on the environmental and health dangers linked to GM crops. Anything less would not stand up to legal scrutiny.”

The EU authorisation which is one of the strictest in the world has led to a decision-making deadlock: if the EU Member States do not achieve a qualified majority in favour or against a GM product then the EU Commission can decide.

In the past, several EU Member States in defence such as  Austria, Bulgaria, Greece, Germany, Hungary, Italy, Luxembourg, France and Poland had introduced national bans against Monsanto´s GM maize MON810 grounded in environmental arguments. these bans, however, have not been acknowledged as legal by the European Food Safety Authority and EU Commission.

The final political agreement on the national ban proposal will not be reached before the end of 2014. As the negotiations will be continued Greenpeace Greece, Birdlife and the Greek Association for the Protection of Nature are asking the environment minister Maniatis to withdraw its proposal and aim at a strong regulation that will keep GMOs away from the fields and our plates.

Ahead of EU pesticide ban vote on Monday, Minister Tsaftaris asked to support the bees […]

Brazil: where the non-GM soy comes from