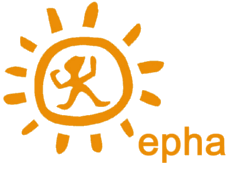 The EPHA European Public Health Association point out that agriculture and health policies are not aligned, despite Article 168 of the Treaty on the Functioning of the European Union (TFEU) mandates that “a high level of human health protection shall be ensured in the definition and implementation of all Union policies and activities.”

Like many others, the organisation argues against land based payments and for more policy coherence. Specifically, they point to three key changes:

The European Milk Board prioritised coordinated approach to price and market stability, as well as balanced rural sustainability across the EU. In particular risk management tools  and their Market Responsibility Programme (MRP) were emphasised (MRP can be downloaded here).

The EMB is of the opinion that “fair standard of living for farmers” and “uneven territorial development throughout the EU” are of key importance. The organisation was “very critical” of Question 22 (which asks –  “which actions could further improve the EU export performance?”). “There is no way to express a position against the EU export focus except for the option “no action needed”” The EMB point out.

For the open-ended Question 12  – What are the main problems/obstacles preventing the current policy from successfully delivering on its objectives? What are the drivers behind these problems? – EMB stated that fair income for producers is not achieved because:

In English: German Platform for another CAP – March 2017

A number of German organisations from environmental  protection  and  nature conservation,  agriculture,  animal  welfare  and  development  policy,  came together to remodel “the EU agricultural policy with a view to a quality strategy”. Quality is a key word for this platform, as quality strategies define how both society and farming could work better, together.

“A quality strategy”  would “address two issues, i.e. to consciously pick up on and implement the societal and sector-specific legal requirements for food production, and in turn to increase the value-added for most farms and to create sustainable economic prospects.” They cite the pork and milk crisis of 2014-2016 and the numbers leaving farming as causing  “a structural fracture in the rural areas” adding “the crisis  instruments applied by the EU have not addressed this problem in any meaningful way.”

The CAP must also be remodelled because important environmental and animal welfare objectives as well as EU Directives in force are not being implemented or complied with – not least in Germany” (Ed Note – Germany is not alone in non-compliance with EU directives!).       Nitrate, phosphorus, ammonia, loss of diversity of flora and fauna, and very slow growth in organics are examples cited of policy failure. Food dumping outside the EU made compliance with the Sustainable Development Goals unobtainable.

Current agricultural policies mean that “society at large and ultimately the taxpayers were left to deal with the adverse impacts on the environment, animal welfare and rural development both in Europe and on other continents. It is high time for the CAP to be fundamentally aligned with societal objectives.”

Employing the aforementioned quality strategy would mean that “CAP after 2020 must consistently adhere to the principle of providing public funds solely to remunerate farmers for the provision of concrete services to society – Subsidies that are not conditional upon the provision of services to society result in perverse incentives and further bad investments and must therefore be stopped”.
Moreover, “producer groups or sectors should be able to avail of and receive support for self-regulatory measures, as needed. Producers should be granted the right to institutional co-determination in order to help them break out of the position of being the weakest actors in the food value chain.” EU intervention “in acute crises” involving quantitative controls should be available and actioned where necessary, while “a quality strategy calls for EU rules on mandatory, clear and meaningful food label.”

Agricultural production is on track for this year, and the EU is self-sufficient in most areas. Despite the challenges of the coronavirus crisis we have little reason to worry about food supply in the EU. This was Sebastian Lakner’s tentative conclusion in part 1 of his review of the available data. But his findings come with some major caveats. Trade in commodities must continue to flow to guarantee food supply in the context of the EU’s interconnected agribusiness model. Here in part 2 Sebastian Lakner examines another critical factor: labour and seasonal migrant workers. […]