From a central and east European perspective, equalisation of CAP payments between all member states is long overdue. What is the background to this expectation, and how likely or desirable is it now, with Wojciechowski as Commissioner?

The world until yesterday – a historical perspective on EU enlargement, CAP and external convergence

The level of direct payments between “old” and “new” EU states been a controversial topic even before the Eastern Enlargement i.e. EU expansion to the east in 2004. On the one hand “old” member states saw the growth of the EU as a chance for expanding its peace project, opening up access to untapped resources (such as cheap, skilled and nearby labor) through the single market, while increasing the global prestige and clout of EU as including the majority of European countries.

On the other hand, it was to come at the expense of old MS (Member States), which would have to finance the uplift of underdeveloped, less productive economies. France, for instance, was on the spearhead of the resistance against bearing financial costs of Eastern Enlargement. During the negotiations on then-upcoming new CAP (Agenda 2000), France gave in to inducements of Germany and agreed on Eastern Enlargement under the condition that Germany will “pay the bill” (Swinnen, 2008, p. 155).

As the date of Eastern Enlargement was approaching, already-EU members and soon-to-be-EU members finally agreed that external convergence  – i.e. equal direct payments for all EU states – will be reached one decade after Eastern Enlargement. The decade passed five years ago – in 2014. Why is it so, that still Central and Eastern European Countries (CEECs) are still waiting for the equalisation of direct payments? And what are the chances that this time, with a representative of CEECs as an Agricultural Commissioner – Janusz Wojciechowski – external convergence can be achieved? Could it be expected to be a part of the upcoming Multiannual Financial Framework (MFF)? Let’s take a look at the current situation.

The current situation and Poland

I would like to briefly draw attention to the situation in my homeland – Poland. PiS government which just this month won the election to Sejm (lower house; in Senate – the upper house – no party has achieved a majority) has made external convergence one of its campaign slogans. The main argument which is used in Poland against differences in direct payments is that there cannot be a real free market if farmers from different MS have to compete with having a different resource basis, not even taking into account that Western European agriculture is more efficient than the one in CEECs. AgroUnia1, a new vocal populist agrarian movement in Poland, on its list of demands postulated “all or nothing”, meaning that there should be equal level of direct payments all over EU or there should be no direct payments at all.

Internationally, we could observe CEECs teaming up to speak up with one voice on the topic: in January 2018 there has been issued a “Joint Declaration of the Ministers of Agriculture of the Visegrad Group (Czech Republic, Hungary, Poland, Slovakia) and Croatia on the Commission Communication on The Future of Food and Farming”, where Polish and Slovak governments called for full convergence (point 20). The same message was stated by Baltic States and Poland in March 2018.

Building a coalition beyond east-west cleavage

As Alan Matthews pointed out some years ago, not all “new” member states would benefit from External Convergence – Hungary, Czech Republic and Slovenia would actually lose. If the priority of the Agricultural Commission is to favor conventional farming, also in countries as Slovakia or Czech Republic which are dominated by large farms (Eurostat, 2018) constructed from often rented smallholder possessions, then acreage-based system should be kept. While if Agricultural Commission would rather focus on small family farms (Poland, Romania, Bulgaria, Lithuania and Latvia, but also some parts of Portugal, Spain), and promotion of organic farming (where Sweden’s, Finland’s and Austria’s long-lasting support of it could have an impact) then the change of the current system might be plausible. Italy might also be tempted to link payments to organic farming, as in a country with domination of small farms it would be easier for it to switch to more organic model of agriculture. There are many considerations, potential coalitions and alliances in these considerations, but the point is – not all countries will benefit from or necessarily want  full external convergence.

The new MFF was not yet voted and, as for now, we do not know when the situation will be concluded. Yet, the new commissioner begins work, it may already be too late to build a coalition which could significantly change proposals which we have seen so far. Commissioner Fischler had at least one year to prepare his daring revolt, while post-2020 budget will probably be voted on in the next months. Miracles happen, but not often – that’s why they are miracles. Yet the new proposal on the upcoming MFF could be definitely used as a prelude to external convergence. 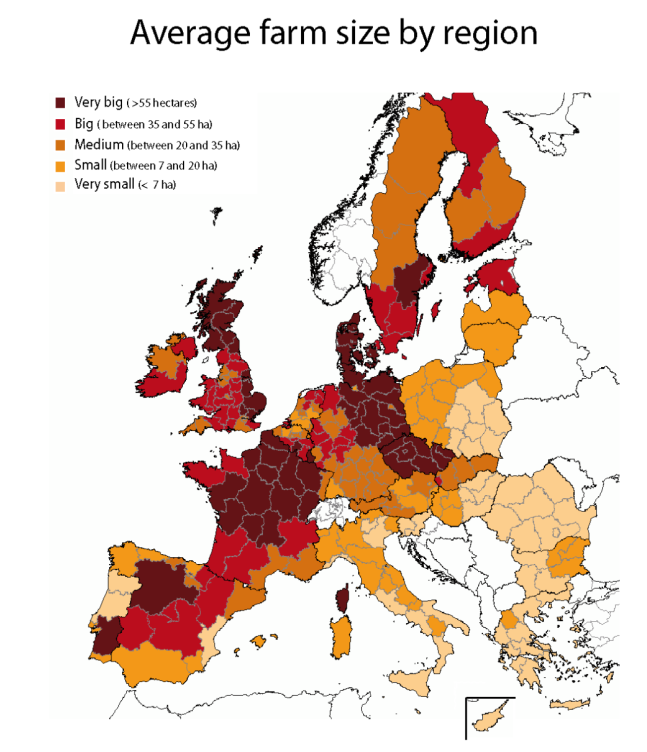 One change in the policy landscape is the move to give member states more independence in formulating agri policy, via the CAP strategic plans approach. It appears that this new approach will mean member states will formulate on-the-ground policy and manage funds, while pursuing goals set in Brussels. National administrators could prove their readiness to properly utilize funds to the benefit of their own state and the whole EU.

Series | Where Next for CAP – Can Strategic Plans Deliver?

In reality, member states don’t spend all the money they have received, including Poland with its Pillar 2 spending. If it would change, countries which expect external convergence to happen could at least have an argument that direct payments have to be linked to a different factor – perhaps one which would favor sustainable development of agriculture and win support of environmentally-minded states.

Yet, if Pillar 2 will decrease in the future as it did in the last MFF, reaching such a consensus would be difficult as the overall budget to share among the MS would shrink significantly.

Until then, countries which argue for higher direct payments could utilize the existing budget of Pillar 2, as a proof of concept for the future, and entertain a thought of linking Pillar 1 payments to a different factor. Those countries may in the end benefit more from e.g. increase in Voluntary Coupled Payments, as all of them have multiple regional products, which could have quite easily justified financial support. If so, it could be that external convergence in fact would not be needed, but could remain as a means to politically mobilize farmers.

Even if countries with lower-than-average direct payments would team up with more environmentally minded, small-farm friendly countries, there might not be enough time to plan and execute such an endeavor. The only viable possibility to make it happen would be an unlikely friendly gesture toward the new commissioner Wojciechowski, who comes from a country which expects this reform for many years.

With ever-decreasing CAP budget, likely Pillar 2 cuts, is it even mathematically possible to set up direct payments on an equal level without decreasing payments in “old” EU states? Probably not, and farmers from such countries as Netherlands or Greece would not be delighted to have their payments decreased. Indeed this already has happened in the last MFF – even if then the cut equated to only 3,2% (where “worst case scenario” would be 13%). To square this circle, dropping an acreage-based direct payment system could help, but this is unlikely in the near future. There may be a higher chance for it in the next MFF. The main areas of change and opportunity are, for now, the member state level re CAP Strategic Plans, and more focused utilisation of Pillar 2, to expand the frontiers of ideas for the CAP reform, which are so dearly expected from many observers of Common Agricultural Policy.

More on CAP in Poland

CAP | Poland: What Options for Small and Organic Producers?

CAP | Poland: In a Triangle of Tension?

1Also known as Vegetable Potato Union – Unia Warzywno-Ziemniaczana, UWZ. The movement has been established by a former PiS activist Michał Kołodziejczak. Currently AgroUnia is associated with right-wing Konfederacja, who is a new party in Polish parliament.

The Go M.A.D (Go Meet A Deputy) campaign was officially launched following the disappointing outcome of the CAP reform vote in the European Parliament’s Committee on Agriculture and Rural Development (COMAGRI) in January 2013.  Go M.A.D called upon Europe’s citizens to directly interact with their local Members of the European Parliament (MEPs) to ask how they would vote during the plenary decision on the CAP reform in Strasbourg in March 2013. We wanted to know which of the 754 MEPs would vote for a green, fair and local CAP… Find out more about the action on our campaign website here. The action was supported by 37 additional organisations across Europe. Over a period of two months, 71 meetings were held in 11 countries.