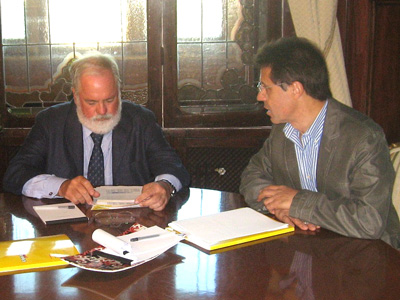 The Spanish government together with the regional governments had set up eight working groups of high level that were treating several issues such as the direct payments, limiting the surfaces, the coupled payments, the definition of active farmer, rural development and so on.

It does not seem very fair and democratic, considering that the Common Agriculture Policy is about agriculture, about farming mainly carried out by farmers, about plants and trees, vegetables and fruits, animals, birds and bees and other insects, soil and landscape, and nature and food and us and the planet as whole.

The organisations who are working on this topic have valuable information that should be heard and shared -at the very least.

According to the government announcements and comments from my talks with COAG:

Although the organisations are very disappointed and are talking about a missed opportunity of this CAP reform to lead to a more sustainable model, they will continue to fight for it. They will certainly try to work with the regions and put forward their proposals for the rural development and the second Pillar.

Andoni Garcia, executive of COAG committee commented to me: “This CAP is worse than the one before, especially in Spain. The centralised vision of the Spanish government aims at keeping the direct payments as they were without implementing redistribution at all. As far as the greening is concerned, it seems more like ‘green-washing’ and will change nothing in the field. In the face of greater volatility in prices and production costs, accentuated crises, loss of active farmers, and an agriculture directed more towards an industrial agribusiness mode, if this CAP is formed with less market regulation instruments (removing the production quotas , without articulated intervention instruments in markets with a sufficient safety net and so on ) and with regards the issue of aid not taking firm decisions to direct aid towards a more sustainable model, the failure of this reform and of CAP itself is guaranteed.”

Changes in the CAP strategic Plan submitted by Ireland are “required”. In the Observation Letter sent to Ireland – which you can download below – there are a number of areas the European Commission has called for changes in. The overall green architecture itself, including eco-schemes especially, needs work, if Ireland is to achieve its environmental targets. There is a distinct lack of ambition, scoring, and incentives for stronger environmental practices. Increasing dairy herd numbers is named directly as making the necessary changes more difficult. That the letter’s language is strident in places is noteworthy. So what is the Commission asking for? And what comes next? Oliver Moore reports.   […]