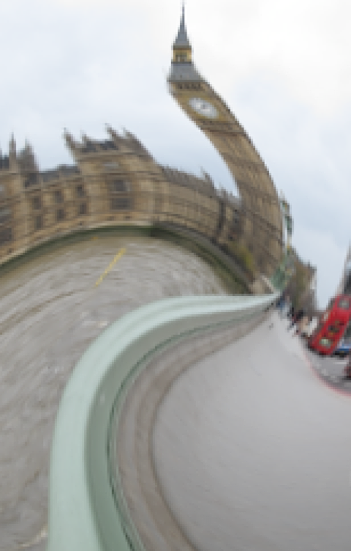 The UK Department of Environment, Food and Rural Affairs (DEFRA) has published its final CAP consultation documents for England. Consultations close on 28th November. Each UK region – Northern Ireland, Wales, Scotland and England, will have more autonomy than ever before in implementing CAP reform. Already, we have revealed the anger in Scotland regarding  E230 million of “their money” being redistributed elsewhere in the UK. But what is going on with this consultation for England?

As ever, the official line bangs the drum for a “…competitive farming industry…” (producing cheaply-priced food) that is faced with “…less red tape…” (the UK government is fed up of getting snagged up by European regulations). Such a farming industry should able to take “…advantage of export opportunities…” and be “…less reliant on public subsidy.”

Where the UK government can control how CAP money is spent, it will: “…need to make sure it is spent efficiently, in the right places and where it adds greatest public value.” It regards Pillar II as: “…the best mechanism to fund environmental outcomes…” and “…to make a significant contribution to rural economic growth…” which helps to explain why DEFRA was keen to encourage modulation from Pillar I to Pillar II in the early negotiations.

This appears to have faltered recently, however. Having made environmental options available during policy discussions, the UK has not been keen to adopt them in practice. As one NGO informed this correspondent: “It’s no different to what they did for the CAP health check: there’s a track record.” A number of NGOs are keen to see modulation, in the hope that it will fund rural development and ambitious greening, even though the English political climate is not warming to the idea of greening yet.

For administrative expediency, the DEFRA ministers are not minded to change the administrative regions for single payments. However the ministry is consulting stakeholders on: “…options which could see the proportion of the SDA (Severely Disadvantaged Areas)’s share of direct payments increased so that the SDA rate would be similar to that in lowland England, and with the possibility of an uplift to the moorland rate.” this, the Farmers’ Guardian reports as “a plan to almost double payments to hill farmers in Moorland regions“.

The same administrative expediency is cited as a reason for not implementing degressivity in large claims, while redistributive payments, if paid, will be made with an ill grace: the UK government disapproves of both measures. “The Government opposes these measures because they add administrative complexity for farmers and paying agencies and runs counter to the development of a competitive agriculture sector by providing an incentive for farms to remain small. We are consulting on options for reductions, but also explore the alternative of redistributive payments.”

Citing a risk of trade distortion, the UK government is set against reintroducing any coupled payments; similarly doctrinaire reasons are given for a decision to raise the minimum holding size to 5 hectares as well as a two-part active farmer test. The first part will be minimum activity criteria (that are being canvassed during the consultation) and the other part will be a negative list of activities that will not qualify for single payments, such as leisure facilities (eg off-road driving circuits, paintball or wargaming installations).

DEFRA concedes that it must implement a young farmers scheme (YFS) and find additional payments for the first five years of farming on their holding. Needless to say, the Ministry is keen to attach conditions (red tape) to make sure that the money goes to the right people: “Ministers are consulting on how we set a limit on the number of entitlements or hectares for which the additional payment can be made, which must be between 25 and 90. Ministers are also consulting on the option to set criteria which would require the young farmers applying to demonstrate that they have particular skills or training requirements in order to qualify.”

Greening will be implemented as: “… set out in the direct payments Regulation. We have looked at the option to implement greening through a National Certification Scheme (NCS) containing additional, equivalent measures and have concluded that the additional potential benefits that could be derived are likely to be outweighed by additional delivery risks and complexity for both farmers and enforcement agencies. This overall approach to greening is consistent with our view that it is Pillar 2 of the CAP which provides the optimum mechanism to fund the majority of outcomes from English farmland.”

.Improve the environment — this includes helping to ensure that by 2021 the natural environment is improved as set out in the Natural Environment White Paper.

.Increase the productivity and efficiency of farming and forestry businesses, in order to improve their competitiveness and reduce the reliance of farmers and land managers on subsidies. ”

To meet these aims, DEFRA intends to support projects which can produce the following outcomes:

.Productivity: Increasing the productivity and efficiency of our farming, forestry and land-based sectors. ”

There are two additional themes that DEFRA wants to support:

Concerning the Single Common Market Organisation (sCMO), there are two key provisions for which member states have a choice: the first is the recognition of producer organisations (the government regards this as an “administrative burden” and will not be recognising them). The second is a proposal that requires farmers to have written contracts with processors or distributors. “Again, the Government is not minded to implement this requirement as the vast majority of domestic farmers already have a written contract with the processing company or distributor that buys their produce.”

The most striking aspect of this position document is the strategic withdrawal from being seen to be making or imposing decisions that could possibly be construed as administratively burdensome or interfering in any way with the operation of market forces. This is not necessarily because the UK government does not have a view, but rather that the supposedly invisible hand that operates the market should, it believes, be kept invisible.

What is Civil Society saying?

English citizens with something to say about the CAP have until November 28 to register their views with the DEFRA. Westminster currently has a public consultation process open for England, to which NGOs are currently responding, as well as mobilising their memberships. 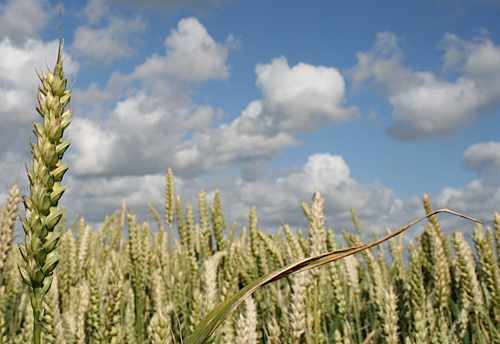 The Soil Association welcomes the support in Article 30 for organic farming, which recognises it as green by definition. “We are continuing to press for the UK government and devolved nations to ensure a good deal for organic farmers in recognition of the high level of environmental and other services the system delivers,” the Association explains, as part of a wider call to enlist the support of its membership.

Organic farming is a sector that in the past has attracted very little targeted support under the CAP. The Soil Association’s case for organic farming includes creating more jobs in the UK countryside, as well as raising animal welfare standards. “Without the right support for our organic farmers, we may see more organic food imported into the UK,” the association warns.

The Royal Society for the Protection of Birds (RSPB) is asking its members how they would spend two billion pounds and is encouraging the membership to voice its concerns to DEFRA. “Modulation from Pillar I to Pillar II is at the top of our list,” agricultural policy officer Jenna Hegarty told ARC2020, adding that the right kind of rural development and ambitious greening were necessary outcomes for Pillar II to be effective.

For instance, RSPB welcomed an earlier plan to move Environmental Land Stewardship (ELS) into greening, “…but it hasn’t happened yet,” Hegarty notes. “During the negotiations, the DEFRA team went out of its way to keep environmental measures on the table even though, in the event, the UK never took any of them up. It was no different for the CAP health check really: there’s a track record.”

The “Green Deal” Commission promises big spending on climate. If climate markers are to be believed, the current CAP accounts for 22% of the EU’s climate spending. The post-2020 CAP is poised to take even more climate credit. But the Institute for European Environmental Policy (IEEP) claims the Commission’s climate markers miss the mark. In a report released earlier this month the IEEP sounds the alarm on faulty climate accounting and greenwashing of direct payments. […]

UK mainstream media dubbed it a “food waste supermarket” when it opened in September, but The Real Junk Food Project’s first warehouse in  Pudsey, Yorkshire, is unlike anything that most people would describe as a supermarket. To be sure, it has shelves loaded with supermarket food products, alongside fresh produce from allotments and surplus products discarded by a food photography studio, but there is not a shelf-edge price label in sight. Instead, users are invited to “pay what they feel” – either in cash or in kind. Local supermarkets have agreed to donate stock which they can no longer sell legally, but is still fit for human consumption. In so doing, they save the cost of disposal and The Real Junk Food Project can “feed bellies, not landfill.” The depot is the latest in a series of projects and pop-up cafés that tackle food waste head-on. The Real Junk Food Project network has members across the UK, France and Germany: contact details can be found on its website at www.therealjunkfoodproject.org