Cutting space for nature on farms, from its own proposed level of 5% to just 4%, is the most brutal of adjustments mooted by the Department of  Agriculture, Food and the Marine (DAFM) in one of the final CAP consultations last Thursday. The Department proposes to further weaken this ambition by including crops in these areas, overall making a mockery of the no backsliding principle of the Common Agriculture Policy.  A list of five for the most part unambitious eco-schemes has also been announced, which will do little to move Irish agriculture towards a more environmentally sustainable place.

The process to design a CAP Strategic Plan for the period 2023-2027 is coming to a conclusion after more than 3 years of negotiation. Critical new features of the CAP are new conditions for farmers to get the Basic Income Support (GAECs, Good Agricultural and Environmental Condition and SMRs – Statutory Mandatory Requirements) and eco-schemes – which replace greening.

In early September DAFM released a what amounts to its draft CAP Strategic Plan. The Public Consultation on Proposed Interventions was followed by a series of meetings, in person and virtual, and followed a range of submissions made by numerous groups (note – more were submitted than have been uploaded on the DAFM site).

What Condition is my Conditionality in? Backsliding on the Basics 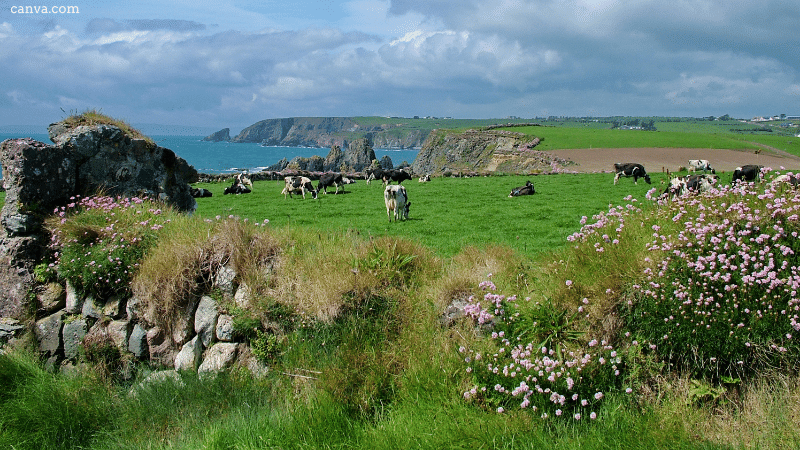 An important condition – Good Agriculture and Environmental Condition (GAEC) requires farmers to avoid production on specific areas for biodiversity on their farms, commonly called as space for nature. Ireland is likely to apply this to all farmland, not just arable land as the agreed EU rules allow for. This positive however, is suddenly now tempered with attempt to reduce the proposed figure of 5% to 4% – the latter being the absolute lowest legally possible. As recently as the above September-dated document 5% was in fact put forward as “DAFM’s comments and possible implementation” (page 22) which has also been the DAFM position since May.

This is all the more baffling when research undertaken by Teagasc (DAFM agri research  wing) shows most Irish farms, including more intensively managed ones, easily reach and surpass this level.

Oonagh Duggan of Birdwatch Ireland (members of Birdlife Europe) and spokesperson for the Environmental Pillar was not happy with this new development. “For over two years we have been calling on the Department to listen to the science and assign at least 10% space for nature on all farms with a focus on quality of habitats to give wildlife and other biodiversity a chance to survive. The Department has shown that it can and will increase ambition if it chooses. We call on the Department to set 5% of land as space for nature in GAEC 8, remove the proposal for crops in these important areas, increase ambition to 10% in eco-schemes and help farmers to improve the quality of habitats.”.

Duggan continues “Agriculture intensification is the single biggest driver of biodiversity loss in Ireland. People want more nature, not less and are sick of seeing ripped hedgerows and news of further declines in farmland birds like Curlew and Lapwing. The Dáil declared a biodiversity emergency in 2019 and now is the time to address the impacts of agriculture and ramp up ambition”

The Head of Advocacy at Birdwatch Ireland added “the data shows that there’s been a 45% increase in the number of farmland birds added to the Red List between 1998-2020 and the number now stands at 16. These species were all once common and widespread and now their future in Ireland is at risk.  These are mainly grassland species which are declining nationally due to the intensification of agriculture and afforestation, drainage causing loss of, and degradation of habitat.”

Read the Environmental Pillar’s position on the proposed DAFM cuts

Eco-schemes will make up 25% of the Pillar one budget, and will thus account for hundreds of million of euro annually. The Public Consultation on Proposed Interventions contains (just) five eco-scheme proposals:

At a series of meetings last week, various stakeholder groups met with DAFM. These were bilaterials and a larger group meeting of a range of farming groups and the Environmental Pillar, representing 28 eNGOs in Ireland.

A core issue with these is the lack of change or ambition in these eco-schemes. Farmers will have to do two to gain full Pillar one payment. E on GPS controllers represents nothing more than the adoption of a technology – which doesn’t in fact even have to be turned on and applied to the levels of Nitrogen spread. This is technology not ecology. Farmers in consultation also pointed to the cost of such machinery and the uncertain role of external farm contractors making uptake unlikely. D on planting trees could be OK, but more information is need on what kind of trees and in which habitats, as damage could be done to ground nesting bird sites, to semi natural grassland habitats and so on. However this option is one that all farms, including dairy, could avail of.  C on limiting chemical nitrogen input is welcome by environmental groups, and with concurrent supports for mixed species swards and other beneficial practices, could be welcomed by farmers too – as often is the case, how the overall green architecture knits together is key. B on extensive livestock is a tricky one. It may be the case that extensive farmers will simply remain extensive, and receive the payment for this. Is this good enough? A on non-productive features depends on the quality of them fundamentally. Will catch crops be allowed in, for example, and what about ponds, dry stone walls etc? What will the weighting be between the different options? And what % overall? Indications are that this will be 7-8%. This, again, is too low. If conditionality drops to 5%, this ecoscheme goes to 7%, when and where will the 10% minimum be reached? ACEMs in Pillar two may reach this, but ACEMs will only reach about 40% of farmers in total.

The main point put forward by DAFM in justifying these eco-schemes was to bring as many farmers as possible in in year one. They will be applicable all across Ireland, not regionally.  Tillage (cereal) farmers complained of the lack of a dedicated option for them, unlike for livestock, where extensive grazing is an option. There was a much mooted winter stubble fields option, supported by a range of actors, including on the CAPReform.EU blog, in a post by Norbert Roder and Alan Matthews, which did not in the end appear in the list.

For their part, larger more productive farmers including dairy farmers in the consultation meeting were exasperated at the lack of milk measuring and animal welfare options. While cases were made for the efficiency gains from healthier animals and more accurate milk data, an issue is that  eco-schemes are supposed to be about compensating for income forgone and costs incurred – not for efficiency and thus profitability gains, as we’ve reported on previously.

For its part the Environmental Pillar expressed disappointment at the lack of environmental ambition in these options. Emphasising the need to get all 130,000 farmers into eco-schemes in the first instance, DAFM pointed out that this was just the first year and sign up numbers was key. Responding, Pillar reps asked then if a roadmap for increased ambition could at least be indicated, where year on year (incremental) improvements could be shown.

A conundrum here is that farmers can choose a different option year on year. Nevertheless, something more ambitious than simply joining needs to be clear if any sort of transition is on the cards. Otherwise, option E for example, looks like a small grant towards a nice piece of equipment, which may not even be part of subsequent activities if different eco-schemess are chosen.

Notwithstanding these considerations, over the course of the remaining five years up to 2027, there is at least the potential to increase ambition. The question remains – will the department show what ambition might look like? Will there be an incremental ratcheting up of targets? The idea of doing anything new for no extra money can be controversial in the farming community, and yet, without change biodiversity will continue to collapse, and the climate trajectory, of increasing absolute emissions, will continue.

After 22 meetings of the CCC – the CAP Consultative Committee – in Ireland, there has at least been engagement. What happens to both eco-schemes and space for nature, when the final version of the CAP Strategic Plan is sent to the Commission, will say much about the state of nature in rural Ireland for this decade.

Oliver Moore attended the meetings with DAFM via the Environmental Pillar, as a member of Cultivate.

The starkness of the IPCC’s most recent climate change warnings – of 12 year window before runaway impacts – has focused the minds of many. What role – if any – for livestock in this brave new herd? […]

Guest post by Luke-Dale Harris : in Romania the main stronghold of sustainable agriculture is ironically held up by the least sustainable of sources. […]

Are the tobacco lobby still up to their mad old tricks? […]