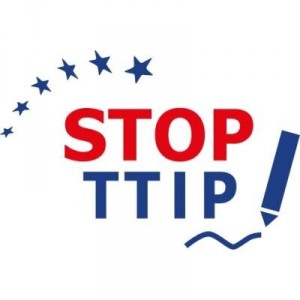 “Now the battle really begins,” said Michael Efler, contact person of a petition on TTIP rejected by  the EU Commission.

The European citizens’ initiative (ECI) provides a platform for citizens to present a legislative proposal to the Commission, if they collect over a million signatures from at least a quarter of all member states. There are minimum numbers of signatures for each country, to try to ensure a broad support base across the EU.

The ECI on TTIP, initiated by Attac and supported by a wide spectrum of civil society organisations, aims “to recommend to the Council to repeal the negotiating mandate for the Transatlantic Trade and Investment Partnership (TTIP) and not to conclude the Comprehensive Economic and Trade Agreement (CETA).”

In a letter signed by the Secretary General Catherine Day, the legality of the ECI on TTIP was questioned.

The petition has the support of over 230 organisations in 21 Member States.

However the Commission refused to register the initiative, claiming that “your proposed citizens’ initiative falls outside the framework of the Commission’s powers to submit a proposal for a legal act of the Union.

In an article on Euractiv, organisers questioned the Commission’s decision to reject the ECI, recalling the example of an ECI on the free movement agreement between Switzerland and the EU, known as “Swissout” that was accepted in 2013. Although its organisers withdrew the initiative, its acceptance by the European Commission created a precedent for ECIs concerning international agreements.

The organisers behind the ECI on TTIP plan to challenge the European Commission’s decision in the European courts.

The EU Commission’s justification for rejection

Stop-TTIP on what is an ECI

More news on TTIP from Arc2020

As EU Trade Commissioner Cecile Malmstrom visited Ireland last Friday, The Irish Farmers Association (IFA), Ireland’s largest farming organisation, has expressed serious concerns about the transatlantic trade and investment partnership, TTIP. The organisation made reference to newly published Copenhagen Economics report, commissioned by the Irish government, which identifies, in the words of IFA President Eddie Downey “very negative impacts for Ireland’s vital beef sector”. According to the IFA “following a meeting yesterday with the authors of the report, both Copenhagen Economics and officials from the Department of Enterprise Trade and Employment accepted that TTIP presented very significant risks to both our beef and white meats sector.” Beef is the largest agri-food sector in Ireland, employing over 70,000. The Copenhagen Economics report was commissioned to assess the potential impacts of TTIP on Ireland. While positive on potential jobs growth, citing up to 10,000 new jobs for Ireland, it also predicts that the Irish beef sector will be badly hit by TTIP. The IFA’s new position paper on TTIP says “as a fundamental principle, EU negotiators must insist on equivalence of standards. […]

Stop Calling the TPP A Trade Agreement – It Isn’t

Stop Calling the TPP A Trade Agreement – It Isn’t. By Dave Johnson. This a message to activists trying to fight the Trans-Pacific Partnership (TPP). Stop calling the TPP a “trade” agreement. TPP is a corporate/investor rights agreement, not a “trade” agreement. “Trade” is a good thing; TPP is not. Every time you use the word “trade” in association with the TPP, you are helping the other side. “Trade” is a propaganda word. It short-circuits thinking. People hear “trade” and the brain stops working. People think, “Of course, trade is good.” And that ends the discussion. Calling TPP a “trade” agreement lets the pro-TPP people argue that TPP is about trade instead of what it is really about. It diverts attention from the real problem. It enables advocates to say things like, “95 percent of the world lives outside the U.S.” as if that has anything to do with TPP. It lets them say, “We know that exports support American jobs” to sell a corporate rights agreement. It enables them to say nonsense like this about […]