This week, a series of conferences dealing with bees and pollination are taking place in Brussels.  PAN Europe, the European Beekeeping Coordination, Corporate Europe Observatory and Slow Food released a press release yesterday (March 31st) addressing the efforts of the agro-chemical industry to point at non-pesticide causes for honey bee decline in the debates of this European “Bee week”.  As two out of three of the conferences taking place are highly influenced by the agro-chemical industry and other organizations with an interest in down-playing the impact of current agricultural practices on bee health, they urge “European authorities, parliamentarians and citizens to remain critical about the positions expressed through these conferences.” 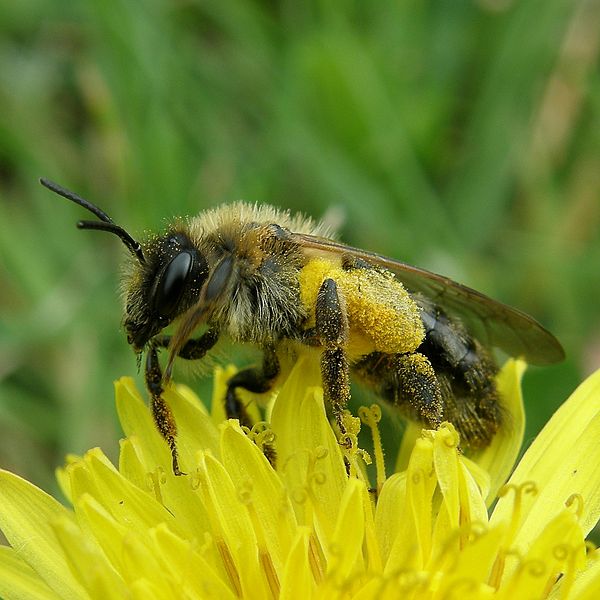 From the press release:

Once again, the ‘Biodiversity network for bees’ is a partner of the Bee Week event chaired by MEP Gaston Franco at the European Parliament, from 31st March to 2nd April. According to its website, this French network “brings together beekeepers, farmers and professional organisations. The network is supported by companies of the sector”. In fact, the network is made up of mainly cereal cooperatives and companies such as BASF, which support an agro-industrialised model that is not compatible with bees and other pollinators.

The network proposes that farmers sow flowering strips at the margins of their fields as the solution to the yearly death of thousands of European hives5. But meanwhile, new independent scientific studies are published every month that point at pesticides as a major cause of bee decline. The network unfairly blames farmers for misusing pesticides, suggesting the chemicals are safe for pollinatorsFrom 1st to 3rd April, the conference ‘Pollinators in agriculture’ organised by the Association of Applied Biologists will also take place in Brussels. Most of the sessions will deal with nutrition and landscape. One limited session discussing pesticides and bee health will be taken up mainly with presentations from industry or industry-related scientists. The most renowned independent scientists on bee toxicology will be absent from the panel.

Finally, on the 7th of April, a conference organised by the European Commission promises to bring new information on the advances of EU bee health on the table.

Francesco Panella, President of Bee Life said: “In the European public debate on pollinator protection, it is essential to distinguish between the actors, and to keep a critical eye on how representative and independent they are. Bee Life, PAN Europe, CEO and Slow Food are highlighting today the enormous efforts made by the agro-chemical industry to steer the debate on the health of honeybees and other pollinators: they are making it a simple problem of nutrition and avoiding the massive problems caused by the toxicity of their products, in order to protect their financial interests: They want to preserve the wasteful and damaging high-input agricultural model which is incompatible with long term human and bee health. “

UK farmers’ union flies in the face of reason

When it comes to bees and neonicotinoid pesticides, the UK’s National Farmer’s Union seems perfectly willing to keep the killer sprays pumping […]

Single-crop farming leaves wildlife with no room to turn

International research shows that monocultures can be bad for the environment and production through effects on soil quality, erosion, plants and animals, and ultimately declining crop yields. […]