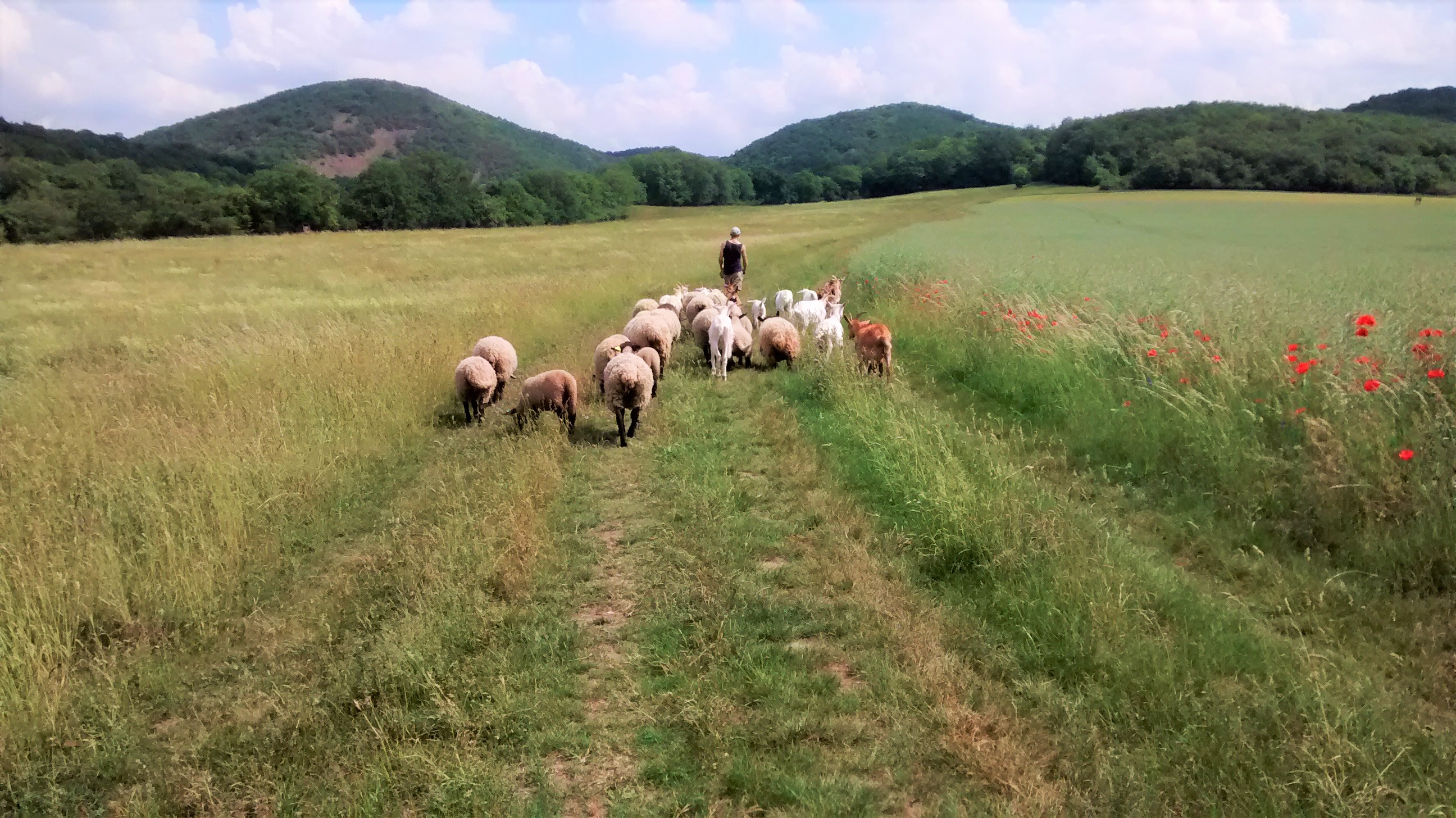 The Green New Deal for Europe’s recently launched policy paper is a radical departure from business as usual. Unlike Ursula von der Leyen’s promise of a “Green Deal” that carried her over the line for the Commission top job, the Green New Deal for Europe empowers communities to lead the way in a green transition centred on environmental justice and equality. The President-elect has announced the “European Green Deal” will be the hallmark of the incoming Commission, entrusting Frans Timmerman, her Executive Vice-President for the European Green Deal, to make these green ambitions a reality. But without the principles of a fair transition at its heart, it’s not a Green New Deal. Is this another exercise in greenwashing, or can the Commission deliver the real deal?

Ever since Alexandria Ocasio-Cortez wowed climate-conscious Americans with her Green New Deal resolution earlier this year, the concept has gained currency in Europe as a crowdpleaser for the climate movement. In the runup to the European elections, Green parties across the continent embraced Green New Deals in various guises. The “European Green Deal” fired the opening salvo in Ursula von der Leyen’s pre-election agenda. The incoming Commission president proposes a Just Transition Fund to bolster the existing Cohesion Funds for regions and rural areas, and a Farm-to-Fork sustainable food strategy to support the “vital work” of farmers. Under von der Leyen’s presidency, protecting the ecosystem is to become a cornerstone of all policy decisions: she promises a cross-cutting Biodiversity Strategy for 2030 that will reconcile the concerns of trade, industry, agriculture and economic policy.

Meeting the scale of the challenge:

The Green New Deal for Europe says von der Leyen’s proposals are not enough. Authored by a broad-based coalition founded by the Democracy in Europe Movement 2025 (DiEM25), the Green New Deal for Europe calls for massive investment in sustainable infrastructure and jobs – to be financed entirely by Europe‘s public banks. Where von der Leyen proposes €1 trillion of investment in a sustainable Europe over the next decade, turning parts of the European Investment Bank into Europe’s climate bank, the Green New Deal for Europe (GNDE) goes even further. To meet the scale of the twin crises faced by Europe – economic and environmental – GNDE will mobilise public banks to issue green bonds to raise at least 5% of Europe’s GDP in funding to bankroll the green transition.

On September 2 the Green New Deal for Europe’s coalition of a dozen civil society groups published A Blueprint For Europe’s Just Transition, a 68-page policy package that places environmental justice front and centre. The timing of the release is hoped to secure the Green New Deal for Europe a place on the EU agenda. “The first 100 days of the next European Commission will be essential to delivering a just transition,” says David Adler, GNDE campaign co-coordinator.

We need a Green New Deal for Europe that lives up to and exceeds Roosevelt’s ambition — one that restores equality, secures global justice and transforms a broken economic system.

One of the contributors to the GNDE paper is Nick Jacobs, Director of IPES-Food, so it’s no surprise that a Common Food Policy is on the menu. Earmarked to replace CAP altogether, the Common Food Policy irons out conflicting policy objectives and puts trade in the service of sustainable development. To end the destructive practices of large agribusinesses, the Common Food Policy would redirect subsidies from corporate landowners to small farmers, and support food sovereignty and sustainable farming methods via low-interest loans and farmer-driven financing. This transformation would be funded by the Green Public Works, a public investment agency mandated to reinvigorate Europe’s rural communities and help them produce healthier food for all.

The Green Public Works would fund a transition to small-scale meat production with an emphasis on quality over quantity – a shift that is expected to reduce overall meat output. But we should be mindful of the danger of muddying the meat message, cautions Ben Lilliston of IATP. Commenting on the GNDE paper, Lilliston told ARC2020 that in Green New Deal thinking the distinction must be spelled out between highly-polluting factory farms and more sustainable livestock systems. Making this difference clear is “critical for farmer-livelihoods, building soil health without chemical fertilizers, and deepening climate-resilience.”

To reverse soil and biodiversity loss, the Green Public Works would support regenerative farming practices, rewilding of marginal areas, and the creation of wildlife corridors. This investment plan would also fund Green Horizon 2050, an R&D programme modelled on Horizon 2020. By working to identify tipping points in agricultural innovation, Green Horizon 2050 would turbocharge innovation in agroecological, organic and low-input agricultural approaches. Another boon for rural communities would be a Green Solidarity Network modelled on existing structures such as the European Network for Rural Development (ENRD). The idea of a Green Solidarity Network offers some crossover with von der Leyen’s proposal for a European Climate Pact, which would bring together communities, schools and businesses to design the just transition. 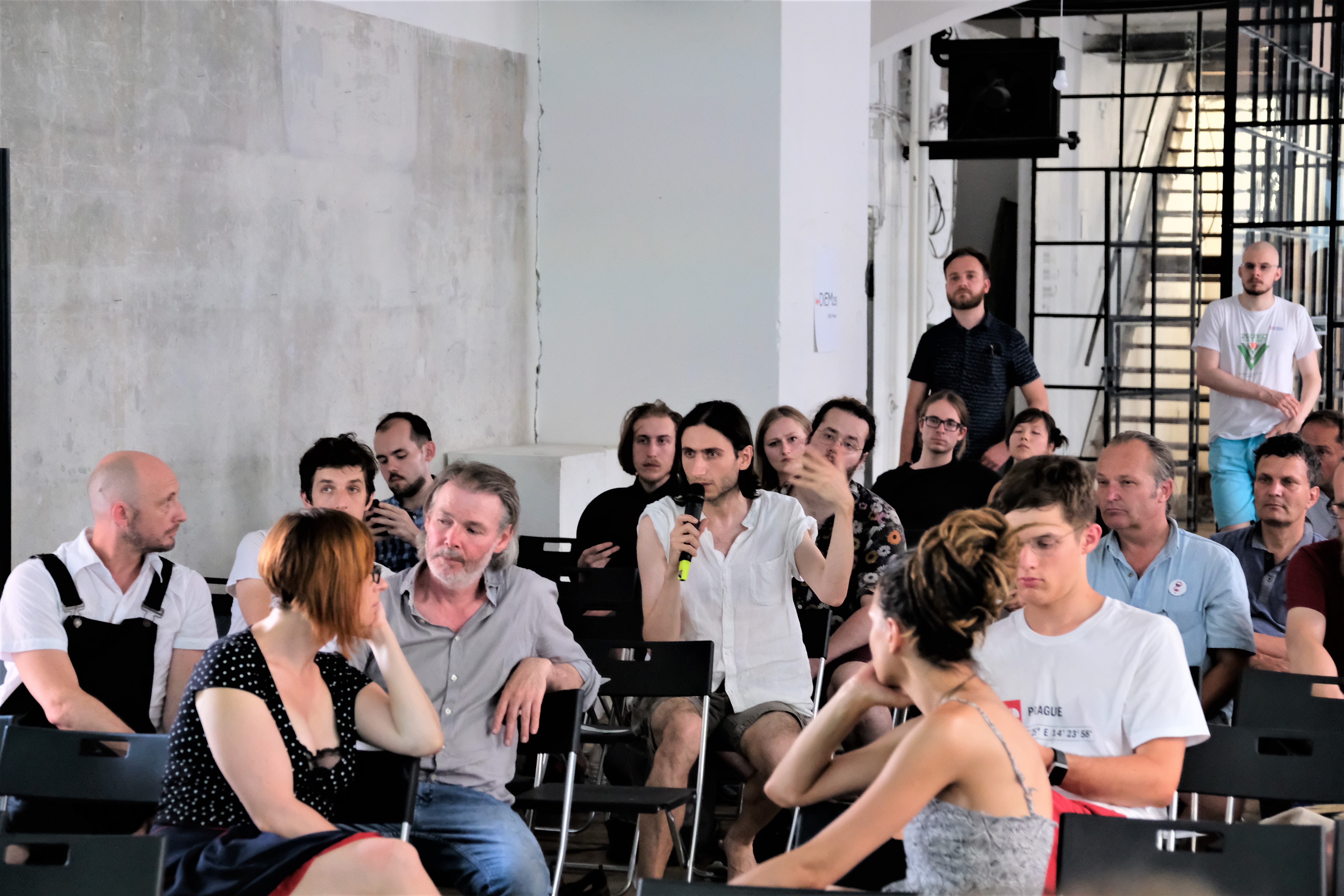 Debate on the Green New Deal for Europe in Prague, June 2019 © Jan Macháček

Lilliston, who is the IATP’s Director of Rural Strategies and Climate Change, commends the Green New Deal for Europe’s focus on rural communities and agriculture: “In many ways, our rural communities with natural resource-based economies face some of the toughest challenges in this transition because they are already being affected by climate change and their economies are still tied to an older, extractive economy. This is one of the least developed areas of US GND thinking.” Calling for deeper public investments in infrastructure for an agroecologically-based system, Lilliston notes: “the real-world challenge is how to ensure farmers are paid fairly so they can keep farming, while transitioning toward more agroecological systems that respond to the climate crisis.” He highlights the need to include food industry workers in the transition towards a new agroecological, climate-resilient food system.

Environmental justice and crimes against the environment

The Green New Deal takes its name from Roosevelt’s ambitious plan to jumpstart the economy after the Great Depression brought the USA to its knees, while taking pains to include the frontline and vulnerable communities that the original New Deal left out in the cold. Environmental justice should be at the core of any Green New Deal worth its salt. Von der Leyen’s call for Europe to ensure a “level playing field” in trade turns a blind eye to our dumping of cheap produce on global markets – a practice facilitated by CAP subsidies and free trade agreements. Her proposals to invest in development cooperation fall desperately short of the realities faced by climate migrants, and fail to address climate breakdown as a root cause of population displacement. Tellingly, von der Leyen has designated a Vice-President for Protecting our European Way of Life. For all her pre-election talk of leaving nobody behind, the “European Way” boils down to borders, security and business as usual.

But what if business as usual constitutes a crime against the environment? GNDE pulls no punches on issues of environmental justice: trade should be a tool for sustainable development, and ecocide should be a crime. Under a new regulatory framework for the just transition, dubbed the Environmental Union, an Environmental Abuse Directive would penalise the handful of corporations that are responsible for 71% of global greenhouse gas emissions, and hold to account the agricultural companies that are devastating the soil. GNDE also factors in the fallout of European policy around the world. A major component of the plan is an Environmental Justice Commission to redress Europe’s legacy of pollution and resource extraction across the Global South. As well as correcting trade injustice, the Environmental Justice Commission would act as a watchdog to ensure intersectional and intergenerational justice in the implementation of GNDE policies. The work of this independent body would be informed by citizen panels.

Need for accountability and adaptability

Thanks to the GNDE coalition’s collaborative approach, from a policy perspective the Green New Deal for Europe compares favourably to its cousin across the Atlantic, says Lilliston, who describes the plan as “impressive, comprehensive, and detailed.” He finds that the proposed Environmental Justice Commission “recognizes the enormous challenge we’re facing, and the need for accountability and adaptability as we move forward.” Lilliston draws parallels with New York’s climate plan which also facilitates citizen input and accountability, including for agriculture. “This transition will be difficult and clunky. Like the original New Deal, there needs to be room for experimentation and assessment as we go along.”

That built-in agility also means the Green New Deal for Europe will look different for every member state – in Spain tackling drought would likely be a priority, while retraining coal miners in green jobs might be top of the agenda in Poland. GNDE seeks to empower states, regions and communities to decide for themselves what their green transition will look like.

And there you go. A radical, expansive @gndforeurope could be implemented tomorrow. https://t.co/k5gC2poiGd

At this point it’s a question of political will. We have the knowledge. We have the technology. We have the financing to implement the Green New Deal for Europe tomorrow morning if we wanted to. The final months of the decade will reveal whether von der Leyen’s Green Deal is the real deal – or just another attempt at greenwashing the systemic injustices of an unsustainable system.

This week is an important one in Europe, with both the Council of Ministers and the Parliament meeting on CAP. MEPs have a plenary vote upcoming later this week . This means the Parliament  will adopt an overall, established position for the next stage – trialogue negotiations with Council and Commission. Here we link to all amendments and provide a quick guide to voting for and against certain amendments. […]

With the French Presidency of the EU, some specific areas have come to the fore for farming, food and rural Europe. Under a broad-if-wooly EU Green Deal framework, carbon farming, pesticides, geographical indications, and reciprocal standards (mirror clauses) for third countries have received added impetus in this six month presidency. Ashley Parsons takes us though some of these, and some other hot topics, in this mid month round up for us. […]