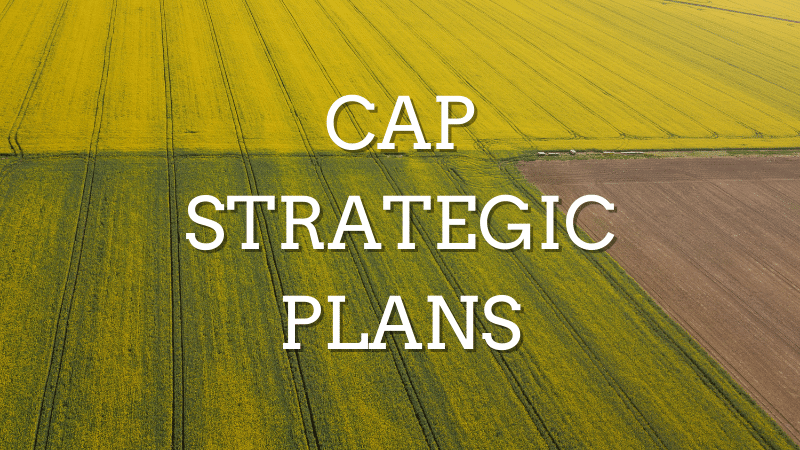 In two letters obtained by ARC2020, the Environment and Climate wings of the European Commission (DG ENV and DG CLIMA) point to an almost complete lack of effort by the national capitals to integrate any improvements suggested in the Commission’s observation letters.

With the second draft of the CAP Strategic Plans from ten Member States (MS) due to be resubmitted by the 18th July, in time for the upcoming AGRIFISH council meeting, climate and environment are being comprehensively backgrounded. DG ENV and DG CLIMA letters  – obtained by ARC2020 and available to download below – point to an almost complete lack of effort by the national capitals to integrate major recommendations.

These recommendations were in Observation Letters sent by the Commission to the Member States some months back. Many contained specific requests and recommendations for increasing ambition, or for improving the clarity and targeting of actions.

However, with the back and forth between the Commission and national governments almost complete for the first 10 Plans – from AT, DK, EE, ES, FI, FR, IE, LU, PT, and PL, with NL and HU due in August –  little to no increased climate or environmental ambition has actually been integrated into the plans.

For DG CLIMA the general focus was four fold:

(a) provide at lest a “rough qualified estimate”  on the mitigation potential of climate relevant measures, regarding Emissions Sharing Regulation (ESR) and Land Use Land Use Change and Forestry (LULUCF).

(b) to consider the new proposed national ESR and LULUCF targets, to avoid the need to review the CSPs during 2023 shortly after their adoption;

(c) to demonstrate the increased ambition of the CSPs in accordance with Article 105 SPR;

(d) to ensure the climate effectiveness of the intervention strategy by means of a series of targeted comments.

However almost none of this has actually been proposed in the national CAP SPs.

Despite describing (a) above as “key for assessing whether the CSPs are consistent with and contribute to the achievement of the long-term national targets laid down in the ESR and LULUCF Regulations” only one Member State so far has actually done so. Of the 10 plans seen by DG CLIMA, only Ireland addressed (a) –  the request for some level of quantification –  with the rest arguing that it was not a legal requirement.

For (b), there isn’t even one of the ten ceding to the request, and again the excuse is the same: “No Member State included the new targets in the design of the green architecture, with the argument that they are not yet included in legally binding legislation”.

For (c) “climate ambition was mostly not demonstrated as no relevant increases in allocations or output/result indicators followed the observations”.

For (d) at least, “most  comments were addressed of clarified”; however in some cases this was done with reference to commitments to undertake action outside the CAP.  “The need to follow up on these commitments should therefore be spelled out in the relevant approval decision” DG CLIMA emphasises.

Special light was shone on the lack of engagement from the Italian authorities: “no information was directly shared with the external DGs” the letter states, adding, “in the absence of any exchange on the draft CSP, DG CLIMA reserves the right to raise issues at any stage of the process.”

DG ENV is equally scathing in its assessment of the near comprehensive lack of effort by the 10 member states submitting plans so far.  “In some cases, MSs’ proposals are not in line with the conditionality provisions of the Regulation…in other cases, the absence of, or the very low improvement of ambition of the original plan, make for an insufficient contribution to the needs identified by MSs themselves and to the pieces of environmental legislation listed in Annex XIII of the Regulation.”

In other words, national governments are not even addressing the problems they themselves have pointed to as being of concern.

DG ENV states “that these issues should be solved before the Commission can give the green light to MS to resubmit their plan for adoption” and that “Commission observations have resulted in no or very little reshuffling of budgets/result indicators.”

For Ireland, attempting to include ANCs as contributing to biodiversity is called out for criticism. This is important as so much of the country is in ANC (Area of natural constraint) and a biodiversity citizens assembly was initiated in April.

For France in particular a raft of concerns have been raised. Noteworthy is an issue pointed to by Pour Une Autre Pac and, as the letter also states, by the French Court of Auditors as recently as 30th June: the proposed cuts to organic farming financial support. Payments here are “not in line with the effort, the requirements and environmental benefits of OF (organic farming), compared with those of the other pathways, easier to meet and yielding less environmental benefits. This has to be assessed against the background of France’s Plan absence of support for maintenance”.

This stubborn attempt to lower organic farming payments has been a source of anger for many months in France, with protests occurring over a year ago. It is all the more baffling as, with occasional blips,  France has been seen as a success story for growth in organics in recent years.

All told, these critiques point to severe shortcomings in the new CAP. Certainly, some improvements have been hard fought and won over the time period of the negotiations. Even on the organic payments, in France, some recent improvements were also finally achieved. Cooperation projects in Ireland too show promise for landscape level results based environmental action.

However  already, CAP’s environmental performance is overall very poor, as shown time and again by the European Court of Auditors. From the announcement of the CAP Communication in 2018 to the exaggerated contribution CAP makes to climate action, the auditors have found CAP wanting. And now, yet again, environmental authorities find the CAP  – which we will be stuck with until 2027  – to fall far short of any real environmental ambition.

CAP Plans in Negotiations: What is the Substance?

Wallonia’s Observation Letter: A plan that fails to address climate and biodiversity crises

CAP Debate: Deal or no deal?

Confusing picture ahead of Agriculture and Fisheries Council meeting next week […]