As a civil society organisation working in public benefit for sustainable rural development and conservation of High Nature Value farming, the Society for Territorial and Environmental Prosperity (STEP) believes that Bulgaria’s CAP Strategic Plan must be corrected in order to be in line with the objectives of the European Green Deal, the EU’s Biodiversity and Farm to Fork Strategy. In this article, it highlights essential changes to be made, from targets and monitoring to measuring coherence and consistency.

Although there has been some improvements in Bulgaria’s CAP Strategic Plan (CSP) over the past 6 months, with the return of the High Nature Value (HNV) farming support and the increased budget for organic farming, the content remains insufficient to respect even the minimum requirements of the CSP Regulation. Serious gaps and inconsistencies with the European Green Deal, EU’s Biodiversity and Farm to Fork strategies can be observed in the current draft of the Bulgarian CSP. Notably, Article 105, framing the “no backsliding principle” requiring higher ambition in terms of environmental and climate objectives compared to the 2014-2020 period, is not respected at all for nature and biodiversity conservation.

We consider it extremely worrying that the recommendations of the ex-ante evaluation of the Strategic Plan are not reflected in the official version of the CSP. Most of the proposals and recommendations received from the representatives of environmental organisations were not taken into account without any justification. It turns out that the stakeholders’ consultations (mandatory under the EU Regulation), were pro forma.

The CSP was approved by the Council of Ministers and sent to the European Commission without the mandatory environmental assessment and assessment of its compatibility with Natura 2000 areas. The overall nature protection and biodiversity conservation ambition is very low in terms of stated priorities, objectives, schemes/interventions, target areas and budgets. As there is still time to adjust the CSP, we highlight here below the not only essential but also legally required changes to be made in the CSP to increase the level of ambition in the support to HNV farming and biodiversity protection in Bulgaria. 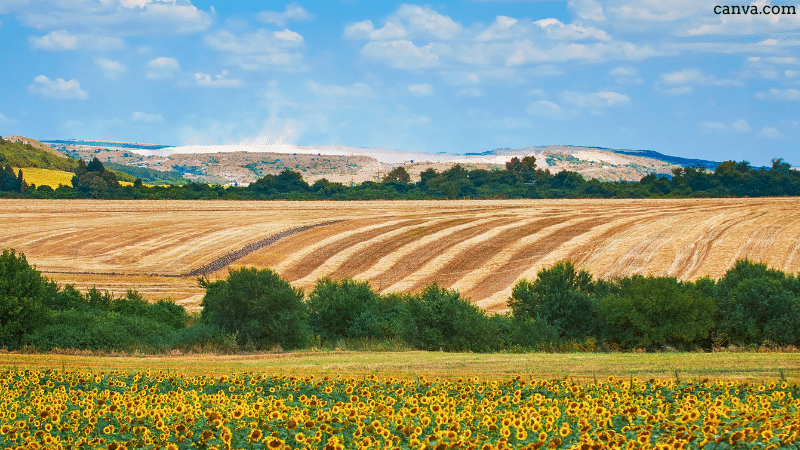 One of the biggest problems of the CSP is that compared to the 2014-2020 programming, budgets for nature and biodiversity have been reduced. There is less budget for the Natura 2000 measures with significantly reduced target areas for the new period while the number of Natura 2000 sites eligible for support have more than doubled under the Habitat Directive. This goes against the “no backsliding principle” as described above.

Globally, payment levels set out in the CSP are not justified by clear calculations. Some of the payment levels per hectare are significantly reduced, without any justification. Moreover, the CSP does not specify the possible combinations of schemes and interventions from the first and second pillars. We believe that it would be particularly important in order to prevent double funding and budget draining.

Beside funding irregularities, many monitoring aspects of the CSP are incomplete and in some places incorrect. Those specific issues should therefore be addressed:

The current CSP sees significant reduction of the funds specifically related to biodiversity conservation, compared to the 2014-2020 period. This is highlighted by many target values of result indicators that are very low and not improving on the last CAP programming: 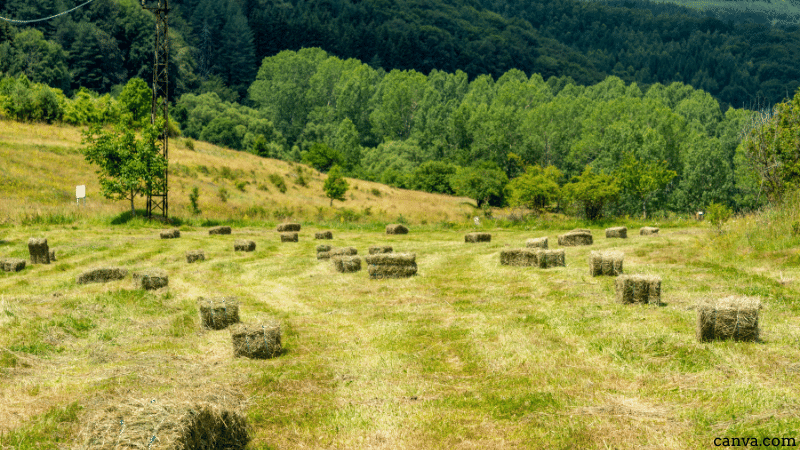 On permanent grassland management, most of the criticisms already presented in our article published last year remain relevant. The context hasn’t changed, with areas of permanent grassland having been reduced by more than half in around ten years. The definition of permanent grassland in the CSP hasn’t been adapted to national and regional characteristics, which leads to a significant loss in forage areas for farmers with grazing livestock but also of conservation-relevant habitats in the Natura 2000 network.

Permanent grassland support in the eco-schemes

In terms of type of schemes, areas supported and planned budget, there is an over-targeting of eco-schemes towards arable land to the extent that eco-schemes will support 114% of the available arable land, but only 27% of the available grassland. This highlights yet another tendentious favoring of cereal production (the main user of arable land – 84% in 2020) at the expense of pastoral livestock farming.

The budget for the different eco-schemes is distributed in the same way with 70.3% of the budget allocated to arable land, 9.8% to permanent grassland and 8.6% to permanent crops. The largest budget (29.4%) is earmarked for the eco-scheme for crop diversification, which does not require a significant change to the usual agricultural practices in Bulgaria and whose contribution to the objectives of the Green Deal and biodiversity conservation is controversial and minimal. Only 15.6% of the eco-scheme budget is earmarked for the creation and protection of environmental infrastructure. Moreover, the proposed eco-schemes do not comply with the National Priority Framework for Action on Natura 2000.

1. Eco-scheme for maintaining and improving biodiversity and ecological infrastructure

The calculated payment levels under the eco-scheme are illogical, unjustified and biased. The justification of the payment levels presented for the three types of land use (arable land, permanent grassland and permanent crops) is completely identical in content but ends up with unfairly varying subsidies. For example, the compulsory clearance of dry and low branches for single and groups of trees will be paid at EUR 591/ha for arable land; EUR 283/ha for permanent grassland and EUR 901/ha for permanent crops. The physical activity to be carried out is the same, only the type of land use in which the alleged trees are located differs. We believe that support levels should be determined by the type of environmental infrastructure, not by the land use in which it is located.

Moreover, the minimum percentage of environmental infrastructure to be supported is not specified. We therefore recommend that stepped support be introduced to reflect the environmental benefits:

Despite the CSP specifically quoting that “extensive management through grazing is needed for all natural habitats and species habitats to improve conservation within and outside Natura 2000” and that the “total share of environmentally sensitive grasslands in Natura 2000 sites (and covered by GAEC 9) is 426 348 ha”, the target value for support under this scheme covers only 64% of the permanent grasslands in Natura 2000 sites defined as sensitive.

We urge that the eco-scheme budget and therefore the target value of hectares planned for support be increased in line with the needs identified. We believe that a clear distinction should be made between the different types of permanent grassland and that the minimum and maximum densities of livestock should be consistent with their conservation status. In most cases, in poorly productive and ecologically sensitive permanent pastures, a grazing density above 1 Livestock Unit/ha would lead to a deterioration of permanent grassland conservation status. 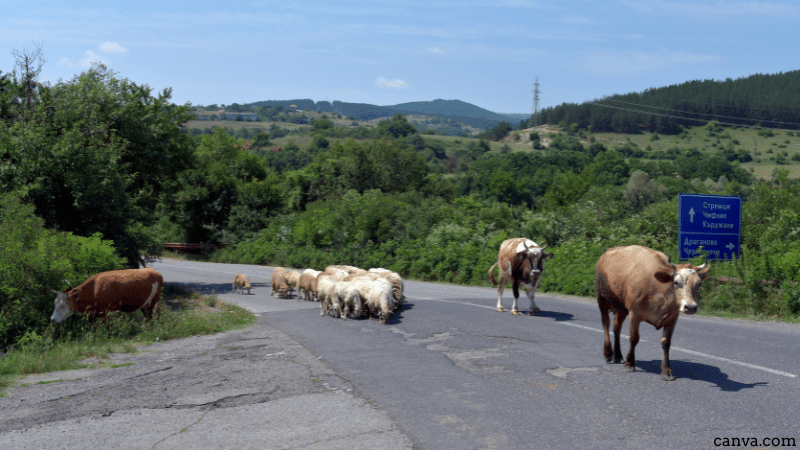 This measure needs to specify which permanent grassland will be supported, how hay meadows will be supported and include the maintenance of permanent grassland by mowing. Given the change in the scope of HNV farmland in 2019 compared to 2007 (see our previous article), it is imperative that a reassessment of its scope and quality is carried out at the start of the current programming period to ensure that AECMs specifically target grasslands.

There is no clarity on how the interventions proposed (ploughing, reseeding with non-native grass mixtures, fertilisation) will contribute to biodiversity conservation, habitat/species conservation or restoration. We urge that the text be clarified and that relevant indicators be included. The description of the intervention should specify what stocking density will be allowed after restoration and the list of approved grassland mixture of species and their conformity for HNV farming and Natura 2000 sites should be provided. The authorised stock densities have to be determined by a specialised agronomist, taking into account the specific geographical and climate conditions of land.

This intervention is foreseen to be applied in Natura 2000 sites with issued designation orders as well as those with approved Management Plans. A minimum of 186 sites for conservation of natural habitats will be added to the current scope of the measure. These areas are not reflected in any way in the target values of the areas planned to be supported and the corresponding financial means. Moreover, the planned budget for the intervention has been halved compared to the 2014-2020 programming, which will most likely lead to the termination of support once the budget is exhausted.

As explained in the above section on target values for biodiversity, the target value set for support of 10 455ha clearly shows that the intention is to implement the measure again only in National Parks, not respecting the monitoring reports and recommendations of the Ministry of Environment and environmental NGOs.

Establishment and restoration of environmental infrastructure

Research and publications indicate that a minimum of 10% of farmland should be occupied by landscape features that have the highest ecological benefit in relevant area. These include semi-natural features such as grassland, including shrub pasture, trees, wetland or floodplain, connective features such as buffer strips, hedgerows, ditches, etc., but no productive areas such as nitrogen fixing crops or green cover areas.

In the framework of the CSP, Bulgaria proposes to support environmental infrastructure through both eco-schemes and AECMs. However, to be coherent, we suggest that:

In conclusion, we believe that the arguments and recommendations set out above lead to the need to revise and supplement the CSP so as to comply with Bulgarian and European legislation and to achieve compliance with the approved strategic documents related to biodiversity in agricultural land and rural areas.

This article is a synthesised translation of STEP’s work which can be found in its original form on the STEP website.

The European Commission has released its budgetary proposals for the CAP post-2020. Commissioner Hogan held a press conference to present his vision for the future CAP. Here’s a first look. […]

Europe’s strongest economy is seeing its farming sector decimated. At an incredibly rapid rate, both the number of farmers and the income of those left farming is nose diving. Why is this happening and what can – or will – be done? […]

ARC2020 has obtained an advance, as yet unpublished copy of the European Commission’s upcoming CAP consultation questions. […]