In a meeting held on 18th of June and chaired by Commissioner for Agriculture and Rural Development, Dacian Cioloş, Ministers of olive oil producing countries agreed on an action plan for the olive oil sector within the European Union. During this meeting, in which Italy, Portugal, Spain, Slovenia, France, Romania, Greece and Cyprus participated, the difficult market situation that has characterised the sector in recent months was examined. 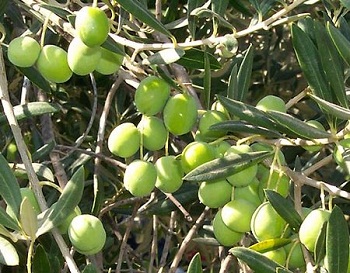 “I want to express my satisfaction with the outcome of this meeting that led us to establish a common strategy for olive oil sector after a market crisis that is lasting too long. I particularly noted that some of those battles which our country has always fought, such as those relating to origin labelling, quality standards and reinforcement of controls, are now being shared and supported by the Commission. Also the possibility of benefiting from rural development programmes and incentives to supply aggregation is of particular importance.”

The shared plan is articulated in the following main points:

1) Quality and control: The action involves the reinforcement of the system of controls and sanctions. On quality, the document moves in the direction wished by Italy, i.e. the one for improvement of quality parameters required for marketing and authenticity of virgin olive oil.

2) Labelling: Its importance has been stressed. In this regard, it was asked to enlarge the size of characters and increase visibility of compulsory information, especially regarding origin.

3) Structure of the supply chain: The action is aimed at strengthening producer organisations by exploring new measures in both first and second pillars.

4) Promotion: The objective is to strengthen promotional activity, making it more incisive, attractive and effective. In this context, a mention to national origin may be contemplated in addition to the European one.

On June 20th, further new rules on quality labelling for agricultural products that originated in a given geographical area or were produced or processed in line with a traditional practice were agreed by MEPs and Council negotiators. The key aim of the proposed regulation is to make it easier for EU food producers to register their products under the quality labels scheme, which include the protected designation of origin (PDO), protected geographical indication (PGI) and traditional specialty guaranteed (TSG) labels, and use it to explain the added value to customers.

Did you get an invite?

Is September the Month to Salvage Pillar 2 of the CAP?