On March 22, Mr Bart Staes, MEP for the Greens, organised the conference: “Pollinator friendly farming is possible” in collaboration with the European Beekeeping Coordination and PAN Europe. Following the conference, a list of examples of alternative to pesticides including neonicotinoids was developed.

If you want to send website links, documents, personal testimony and initiative of farming without neonicotinoids, please do it via info@bee-life.eu

The key messages from the conference are presented below: (and in French here)

Do we really have to continue using neonicotinoids?

• Neonicotinoid use is unjustified. Insecticides are commonly used as a preventive treatment. This means that neonicotinoids often fight against insects that are not present. Moreover, where pests are present, they often have a limited negative impact on crops production and on economic output for farmers (e.g. maize).

• Neonicotinoids are unsafe. Imidacloprid, thiamethoxam and clothianidin pose a risk for bees and the environment. This means that these products do not comply with the European legislation on pesticides. These risks have been identified by the EFSA based on solid and independent scientific publications. As a result the Commission’s proposal for the temporary suspension of certain applications of neonicotinoids goes in the right direction. The proposal could go even further by placing a complete ban on these products for a longer period than only two years.

• Projected impact of reduced production levels and jobs losses are not based on reality and aim at inducing fear among the population including decision-makers. The pesticide industry’s has projected losses of up to 17 billion euros in five years and 50,000 of jobs if neonicotinoids were withdrawn from the market. These data, however, have not been scientifically validated, while the industry fails to mention that in Europe the value of pollinators to food production only in terms of pollination is estimated to be 27 billion euros each year.

Are there alternatives to neonicotinoids?

• Simple agronomic techniques can help farmers to avoid neonicotinoid use, with the same level of production. Crop rotation, cultivation of different plant varieties, and stimulation of beneficial insects have demonstrated to be successful alternatives. In case these farming practices cannot be established on the farm or the use of pesticides is justified, then biological controls (provision of natural predators) are a solution.

• Biological control (such as the use of nematodes) is currently more expensive than pesticides because the massive use of neonicotinoids does not allow producers of alternatives to make economics of scale: their market is too narrow (lock-in system). 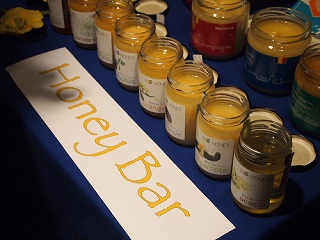 How to ensure a better future?

Generally, pesticides hide the real problems: the poor health of agro-ecosystems and poor farming practices. In order to tackle these problems it is necessary to:

• Find and foster synergies between soil, plant and animal at the heart of trainings programmes for farmers, agro-technicians, agronomists and researchers.

• Promote exchanges between researchers, farmers and businesses that have implemented sustainable initiatives in order to demonstrate the success of farming systems without neonicotinoids, profitable and productive cropping systems.

The AGRIFISH Council delayed tabling the legislation meant to reform plant protection products (SUR) on March 23 until ‘before summer,’ to the dismay of campaigners. ARC has a leaked version of the revised proposal. So what’s in it? And what’s next in the political wrangling around pesticides in the EU institutions – are EU member states now playing a game of pass the pesticides parcel?    […]

May 14, 2012 ARC Latest from the ARC network, Recent updates

What is the scale and impact of pesticides in agri-food? Where is power expressed, and what are the costs associated with the use of these agri-industrial inputs? A new concept note and policy brief throws some light on the topic. Op-Ed by Le BASIC – Christophe Alliot, Sylvain Ly CCFD-Terre Solidaire – Maureen Jorand Pollinis – Nicolas Larmaan PAN-Europe – Martin Dermine and CEO – Hans Vanscharen.  […]