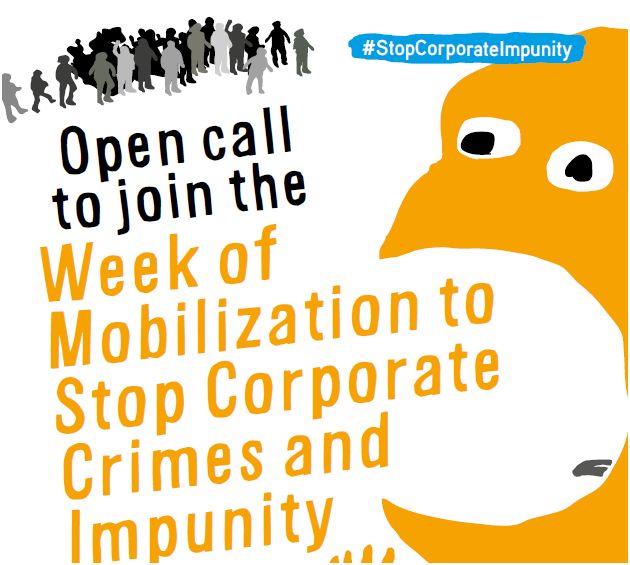 The UN Human Rights Council in Geneva on 26th June approved a motion at the 26th session of the Human Rights Council. This will allow work to begin on a binding treaty that will aim to ensure that Transnational corporations respect and enforce human rights.

The motion was introduced by Ecuador and South Africa. The entire European Union block voted against; but in spite of this, the motion was carried by 20 votes in favour.

According to TNI (Transnational Institute) there was “weeks of negotiation and furious lobbying from Northern countries to avoid the creation of an intergovernmental working group to discuss binding human rights obligations for Transnational Corporations”.  the United Nations Human Rights Council voted on a resolution to initiate this process.

After observing the vote from the floor of the Palais de Nations in Geneva, Brazilian activist and TNI corporate power campaigner Diana Aguiar said that “threats from the EU mission that binding rules would impact investments by TNCs in countries of the South and from the US representative that corporations should be included in any discussion on business and human rights reveal how some governments are no longer able to differentiate the public good from the defence of private interest.” 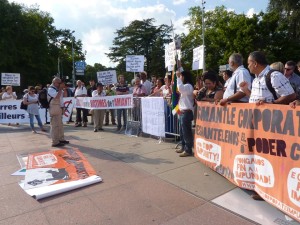 She added that “the Northern States’ multi-stakeholder approach is a disguise for deep corporate capture of governments that puts investor interest above the rights of people.”

Some of the actions have included the highly successful session of the Permanent People’s Tribunal, a seminar on building alliances to link the various struggles, and a colourful demonstration organised by the coalition to stop corporate impunity outside the UN, followed by a guided tour on foot of several the corporate headquarters on the eve of this historic vote.Several organisations involved in the defence of human rights, led by TNI and FIAN International and the Via Campesina have been involved in the week of global action in Geneva.

This now opens the door to what promises to be a major challenge for those social movements and NGOs that will be following the Treaty negotiations in the months and years to come.

Southern Mediterranean Food Security Straddles Interests & Policies from both the Maghreb and EU. […]