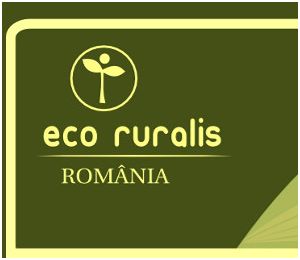 While alternative food networks (AFNs) are multiplying in Western countries, they are growing but at a slower pace in Eastern Europe. Josefin Smeds, a Swedish student of International Development and Management at Lund University, decided to assess the impact of AFN on sustainable development in the Cluj-Napoca area of Romania. While serving as an intern for Eco Ruralis, a Romanian peasant organization, she worked for 5 months on this issue which later formed her thesis, which will be published soon.

The number of farmers and especially small-scale farmers (<1 European Standard Unit) in Romania is one of the highest in Europe as it corresponds to 2.7 million farms. However, this traditional peasantry is threatened by the growth of Conventional Food Systems (CFS) promoted by seed companies, national and international policies and European investors.

To what extent can AFNs in Romania such as the ones in Cluj-Napoca contribute to a shift towards a sustainable food paradigm, as opposed to the productivist paradigm? These networks are created by independent citizens aware of the social and environmental problems related to Conventional Food System, who want to help peasant agriculture, while providing high-quality food to the cities. They gather small producers (mostly fruit and vegetable producers) and individual consumers. What binds them is both the exceptional quality of the products and the good, fair price they pay for it.

In her thesis, J. Smeds uses a multi-case study based on two different alternative networks. In both of them, consumers buy baskets of vegetables from a single producer and pay a price equal to or slightly higher than the one in the markets.

One case is an Association for Sustaining Peasant Agriculture (ASAT), i.e. a Community Supported Agriculture initiative. Consumers make a deal with the producers each year, discussing with them the production methods used. There is a pick-up point where they meet each week to receive the vegetables. They share risks and consumers pay in advance. This creates a sense of community and helps to build more producer-consumer interaction.

The other AFN is called Cutia Ţăranului (CT), the Peasant Box. Consumers subscribe to a producer online and get their box delivered at home or the

office directly. This also gives them an opportunity to have conversations with the producer. Consumers claim that there is more than just a buyer-seller relationship.

Initial motives for the consumer are generally personal as they want to have high-quality products which are healthy, tasty and easily accessible. However, closer relationships to producers helps foster community awareness and raises their consciousness levels on peasant issues. This is emphasized by the fact that Romanian peasantry is still important and urban consumers still feel a link to traditional agriculture. 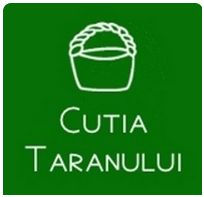 Alternative food networks help consumers relate to the surrounding countryside and peasantry. Some consumers even think seriously about becoming peasants one day, which could contribute to continuing traditional food systems and maintaining small-scale farms. This is a particularly important aspect considering the ageing peasant population.

Despite many advantages, AFN are somewhat limited and threatened. Considering the two AFN that J. Smeds studied, they in total represent 7 producers and around 260 consumers. This is a very small but nonetheless growing number. Moreover, AFNs could become a niche market, with only affluent and educated people buying from them, thus not providing a consistent network for producers while also being a source of social inequality. As J. Smeds, points out, either these networks need to change somehow or other systems should be developed to address these weaknesses. Examples could be community gardens, or local markets with lower fees for producers. Another way to help these systems would be to provide broader communication instead of the simple word-of-mouth marketing which may be a cause of the current particular customer base.

Threats to the alternative food networks in Romania are mostly institutional. The CAP  – Common Agriculture Policy – of the EU could do far more to help local distribution systems. Indeed there are provisions for this in aspects of Pillar II of the CAP – the rural devleopment Pillar. However both Romanian and European Union policies favor of the Conventional Food Systems and do not provide much help to small-scale peasants, nor to the alternative networks, the legal status of which is not yet defined. A positive to this is that they are, still,  under the radar – this has the effect of helping them grow as they are not yet taxed nor controlled. However, new legislation could appear if they become bigger, which could limit their expansion. They could be heavily taxed or be forced to pay for expensive bureaucratic procedures. Economies of scale tend to disadvantage the smaller producer – the very person these AFNs are supposed to help.

A major advantage of these systems is that they do not actually need certification, because producer-consumer relations are built on trust. Furthermore, the higher quality products demanded by consumers somehow guarantees the continued usage of traditional, agroecological farming practices. This also encourages producers to listen more to the needs of consumers rather than to industries or seed companies.

Producers appreciate the regular and secure income these systems provide them, as well as the intrinsic rewards they get by having discussions with satisfied customers. These networks help them continue maintaining their cultural heritage. They praise these AFN as a “way to circumvent the invisibility and disembeddedness created by the conventional system” (Quote from a “Peasant Box” farmer), meaning both producers and consumers feel committed to both sides of the supply chain, because they see each other and discuss things regularly.

While the future of alternative food networks in Romania is still unclear, it is clear that initiatives such as ASAT and the Peasant Box constitute seeds of change towards the establishment of a sustainable food paradigm in Romania. Considering the very basic means they use, their current status is a good indication for later development and a stronger future contribution to sustainable development.

The “modern” intensive agricultural system does the climate more harm than good. That’s a fact, no matter how much Big Data or precision farming you throw at it. We need to look outside that system for solutions. In this excerpt from an evidence-based study commissioned by Martin Häusling MEP, Dr Andrea Beste and Dr Anita Idel question the climate potential of precision agriculture and the demonization of cattle, and make the case for grazing animals, organic farming, agroforestry and permaculture. […]