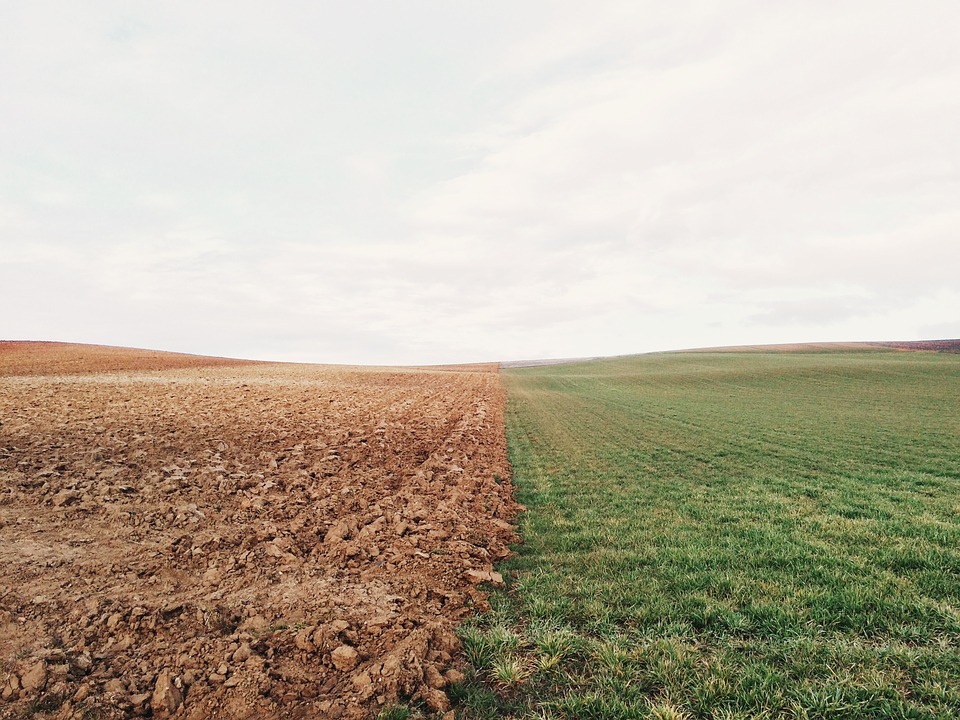 Interestingly, it is only through the latter that we can link everything else together to create a truly sustainable food system.

If there is a universal panacea for our food systems, it can be found in how we restore the health and productivity of our soils. By saying such one could however be guilty, as is often the case, of allowing a single issue to dominate. Whereas identifying a sustainable food system, differing as they must region by region, is in fact a complex process that requires the joining of numerous dots across a broad canvas. If you  focus on one issue alone, lo and behold, unforeseen consequences happen elsewhere.

And yet, intriguingly, as one looks at soil regeneration, the solutions for many of our other problems emerge.

The following is not a narrow scientific treatise. Rather, it summarises my own ideas on this topic, based on extension work conducted over the years in different farming locations around the world.

Food system transformation for our soils

We are told that our arable soils have sixty to a hundred years’ harvests in them. From walking some of the fields of Eastern England in recent years, it is a statement that it is difficult to disagree with. If we are now to rely on natural weathering to rebuild soils, we are talking thousands of years to create very little.

It is, however, the loss of soil organic matter that is of real concern because along with it goes both the microbial life that creates a healthy plant-growing environment and the very bottom of the food chains for so much of our declining fauna.

The soils of most of the world’s broad-scale arable regions were formed under ancient forests or grasslands. The drainage of marsh and river flood plains created others. Of these, the peat within, say, the English fens has long been disappearing whilst those soils naturally regenerated by riverine action are limited or, worse, now urbanized.

Although we focus on tropical forest clearance, much of which is linked to palm oil and soybean production, there should be no less a concern for the loss of ancient Savannah or grasslands. As a human society, we are still unsustainably consuming soil fertility by ‘ploughing out’ ‘old’ soils; not to mention releasing yet more highly stabile soil-carbon.

We could and should be looking to recreate new, ‘ancient’ forests, to sequester and store carbon, to create forest-grown timber resources and to regenerate soils. It may never be necessary for future people, centuries hence, to exploit these soils as we have done, but they should have the option. If they do, they will probably have learnt their lessons from history.

We must, nonetheless, not overlook forests as food sources and there are plants and animals that can thrive in a woodland environment. We should not see forestry and food as mutually exclusive, it should be about both.

Rebuilding soil organic matter can mean vast composting operation to recycle organic materials and nutrients from the point of food consumptions [urbanizations] to food production zones. The latter may be rural and remote so while it may be feasible at a local level, it is hardly realistic on a global scale.

We have been very successful at using artificial nitrogen to ‘cycle’ nitrogen, albeit with vast and polluting seepage and fossil fuel costs, but where does this leave the cycling of organic matter into our plant-growing soils? And it is the loss of soil organic matter that is so destructive, be it in terms of soil fertility and health or, crucially, its ability to hold and store moisture. And we should not overlook how vital healthy soils are to the broader water resource management issues.

From a practical perspective, the only instrument we have available to restore soil organic matter, soil health and soil fertility is the farmed animal. It is, nonetheless, not about farming animals in isolation of the land that provides their feed and fodder, it is about maintaining them near the land that sustains them.

Further, animals must be reintegrated, preferably through grazing, with the soils that we use for direct-for-human-food, plant production. The latter itself being unsustainable on a large-scale without constant regeneration. ‘Regenerative agriculture’ is no hollow term, it describes the food systems that we must reach sooner rather than later. This is, nevertheless, nothing new, it is to return to the farming husbandry that we understood for Centuries, and only recently forgot.

The last significant writings specifically about British farming and food policy were published either side of the Second War and they make interesting reading. In them, the fundamental principle behind any policy was the maintenance of soil fertility. The foundation of food and farming policy had to be soils; and there was no debate about it. It was only since around 1960 that we have, policy wise, neglected the soil. The consequences have been massive and, if not soon rectified soon, will be even greater for coming generations. Simply, we have compromised their food security.

From here on it must again be all about soils. Surprisingly for some, the changes to our food system that soil regeneration will dictate, will begin to resolve numerous other food-linked issues; many of which will be highlighted below.

Although some will continue to promote a simplistic ‘eat plants for a sustainable food system’ solution, we must return to integrated, nutrient-cycling, mixed farming. We cannot, however, continue to be profligate with animals in food systems and they need to be outdoors as much as is practicable and grazed in ways that regenerate and maintain soils – period.

Ruminants are a strategic resource that we must husband and use with care. How and where we use them must become the central pillar to farming and food policy; for wherever it is being written.

If there is a universal panacea for our soils and, henceforward, our food systems, it lies with how we manage farmed livestock going forwards. ‘Eat less meat and dairy and eat better’ is a positive approach, at least for the overly-nourished, but by ‘better’ we must recognize that the core principle of ‘better’ is that the food comes from farming systems that fully restore soil health and fertility. 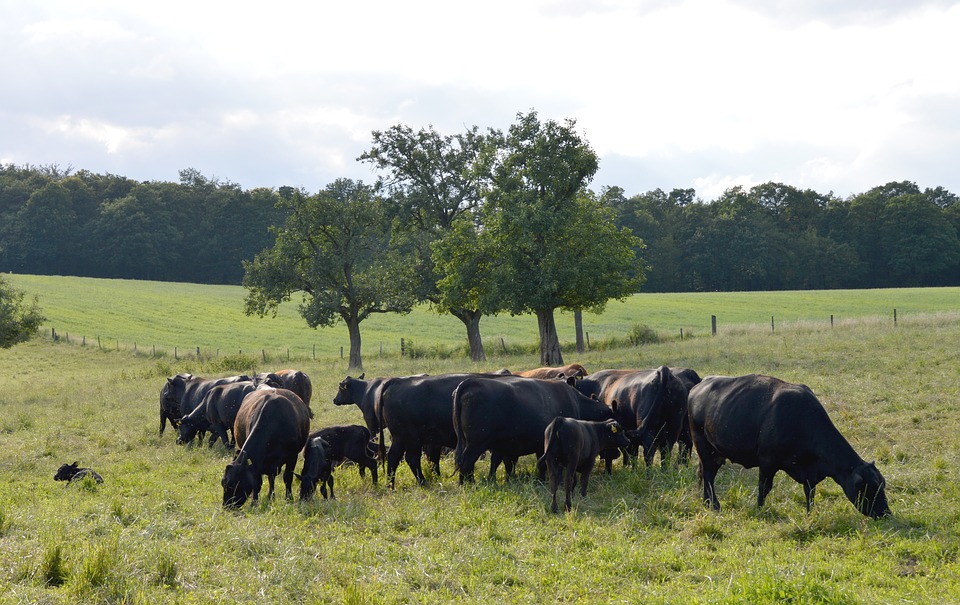 To provide what for some will be a radical, even controversial conclusion, a sustainable food system is not about reducing animal-product consumption so to ‘free-up’ land for direct-for-human-food plants: rather, it is about using the land now used for feeds for shipping to animals confined elsewhere, for grazing livestock – be they ruminants, pigs or poultry.

Long-term we must live without a style of farming that is divorced-from-the-land and confined. We cannot live without soil-regenerating mixed farming, which is inclusive of livestock. It is all about returning to mixed farming systems on arable land [as per ley-farming] or soil-focused, pastoral, grazing livestock systems on permanent, multi-species pastures, including ‘agro-forestry’ woodland and orchard pastures. 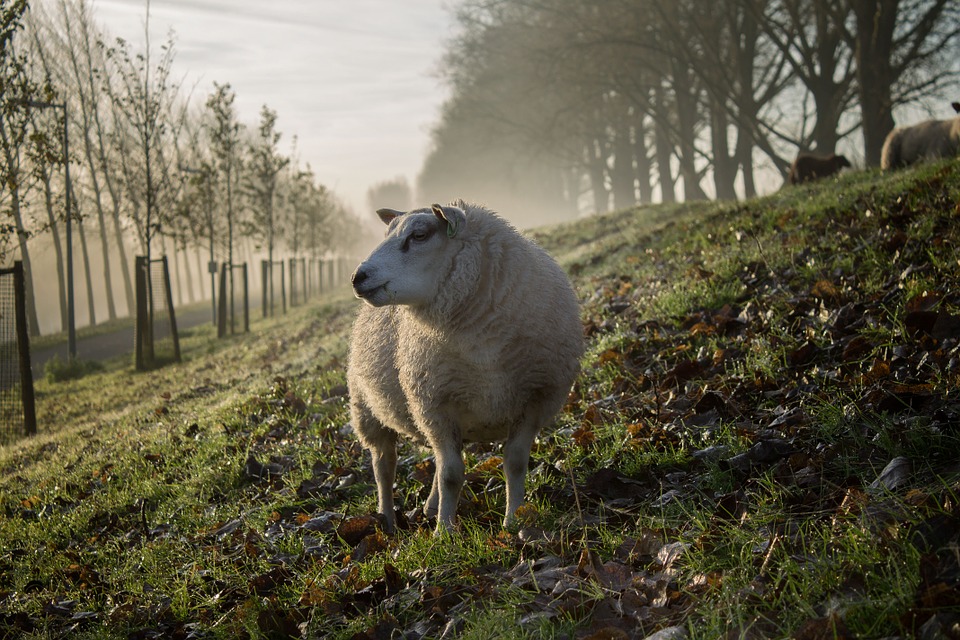 #SoilMatters part 4 | What do we really loose, when we change how land is used?

A UK supermarket chain’s anti-palm oil advert has been banned, it’s focus habitat destruction caused by deforestation deemed too political for public television. Stuart Meikle reports on the past and present global obsession with palm oil and whether a plea to changing Western food habits is really the way forward. […]

An unpleasant stench stank out cities across Europe this spring as the pandemic-induced drop in emissions from transport and industry cleared the air for agricultural air pollution. As luck would have it, the Covid-19 lockdowns coincided with peak slurry-spreading time – making the stink all the more pungent. But there’s more to manure than a bad smell to worry about. Alison Brogan reports. […]