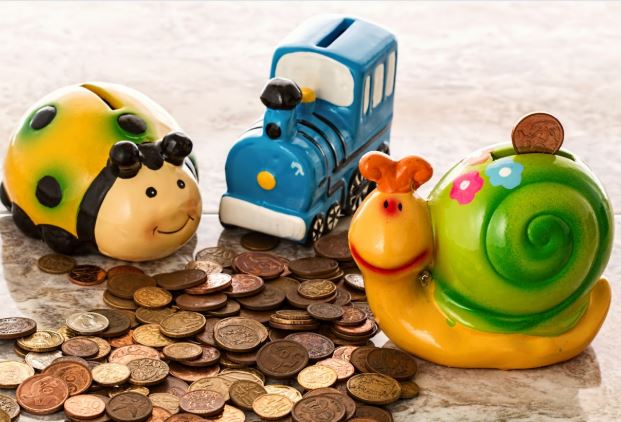 Last week’s announcement of CAP cuts in the Multiannual Financial Framework (MFF) following on from the earlier CAP leak we released, has made clear the direction the Commission wants CAP to take. The Commission must, however, get its ideas past the Parliament and Ministers  – which may not be straightforward.

As we reported on Wednesday, reaction by agri-food and rural stakeholders to the MFF has not so much been mixed as almost uniformly negative, albeit for very different reasons. What were called 3.9, 4 or 5% cuts, over the lifetime of the next CAP (up to 2027) by the Commission may be as much as 7.2%: and some Member States like Denmark and the Czech Republic may be facing very high direct payment cuts. This – and CAP being one of the few areas cut in the MFF –  will rile farm organisations. National Ag ministers, having already given sounding to Commissioner Hogan, will feel the pressure.

The environmental component of Pillar 1 seems to have been cut out altogether – this in turn has infuriated environmental groups. And as can be seen below, even small to mid sized farmers may both win and loose, in the end running to stand still.

Where now for agri-environmental measures in Pillar 1?

The dropping of greening without a specific replacement is a big and noteworthy potential change. Billions is currently earmarked for greening, with permanent grassland, EFA and crop diversification as core components. While greening didn’t deliver, as evidenced by the European Count of Auditors (ECA) recently,  this is because it was watered down to pointlessness  – in particular by the national Ag Ministers  – during the last CAP reform process. The move from crop rotations to crop diversification exemplified this – as we reported back in 2013  (indeed, we had a dedicated section on the importance of crop rotation, with contributions from Slow Food and Friends of the Earth Europe, which tracked the move from the environmentally progressive crop rotation to the pointless crop diversification rule).

With the previous Commissioner, many good things were proposed – far more than under the current Commissioner. However vanishingly few of these were brought into force. From larger EFAs and compulsory crop rotations in greening, to proposals on trying to make payments fairer (such as full convergence), many potentially socio-ecologically progressive initiatives didn’t get past the national Ministers with their specific agendas to back up the status quo.

This history does not auger well for a real agroecological replacement to greening being part of Pillar 1 of the CAP 2021-2027 under the current Commissioner. neither does the lack of a clear greening replacement.

Alan Matthews analysis suggests cuts in the Rural Development Pillar (Pillar 2) of CAP are more severe than Commission spin has suggested. In fact, he states – using quite strong language for the political economist – that the Rural Development Pillar will have its financial support  “assaulted“, loosing 26% of its current funding by 2027. Worse still, this assault will happen, he headlines, to protect Pillar 1 Direct Payments.

Small to mid sized farmers, and young farmers, will supposedly be better supported in Pillar 1, as revealed in the leaked document from last week. However these are the very farmers who may either rely on or want to participate in Pillar 2 style agri-environmental measures. Thus, the supports they may get via capping and redistribution could well be nullified by the loss of significance and financial supports in Pillar 2.

The move to relying on the Member State to make up more of the shortfall in the Rural Development Pillar, while demanding no extra financial input post-Brexit above 1.08%, means that this part of the CAP – where innovation, social and ecological best practices are supported –  is the biggest loser if this proposal goes through.

“We have brought in convergence in order to move further along the road to meet the gap between some countries payments per hectare and the 90% average of the total EU payments for farmers – this means that 16 member states will see their direct payment envelops fall by approximately 3.9%. A further six will see reductions of less than that; and five member states will see their direct payments increase,” Commissioner Hogan said at a press conference last week, Agriland reported. (The Baltics, and to a lesser extent Portugal and Romania will see the increases; Bulgaria, Hungary, Poland, Finland, Slovakia and to a lesser extent Spain are in the mid tranche of 0.3 to 3.5%; the remainder are at 3.8 or 3.9%).

Following the leaked Commission proposals, it was clear that the Commission was going to try to claw back some Brexit shortfall from capping the CAP – that’s limiting the top amount farmers can receive to E60,000. Capping “or degressive payments” (i.e. declining) are to be calculated without impacting negatively on jobs, it was claimed in the leaked document, via salary reductions. Savings are to be retained in the Member State for redistribution to small and mid-sized holdings, AgraFacts (AF36-18) reported Commissioner Hogan as saying.

So as happened last time with CAP reform, the Commission is trying to usher in external convergence (equalisation of payment levels across the EU over time) – with the aim to close the gap significantly over six years. How this will play out between the Member States remains to be seen.

It is also the case that convergence means that many farmers in the old EU 15 will see significant reductions in income over the 2021 to 2027 period. Baltic states, and states such as Bulgaria, Slovakia and Romania will see little change.

Indeed, AgraFacts further reported that opposition has already been voiced by a group of member states to convergence led by Italy, including Belgium, Cyprus, Denmark, Greece, the Netherlands and Slovenia. These member States cited the gap between agricultural income and average income,  market distortions,  differences in labour costs, agronomic conditions, land prices and productivity.

By redirecting resources toward smaller and younger farmers, there may be something of a calculated bet by the Commission on numbers – few farmers receive very large payments, so there will not be huge numbers protesting on the streets of Brussels over this change. However there are large numbers of smaller and younger farmers who may at least see some compensation for the direct payments decline and the agri-environmental cuts – a strange stasis.

Based on past experience, some of the potentially progressive elements proposed – like capping at E60,000 – may well be opposed by Member State Agricultural Ministers as readily as convergence.

CAP | Leaked Document Reveals Money – but Little Else – May Change

Supposed digital and technological solutions abound in agriculture, and are strongly emphasised in the EU Commission’s CAP proposals. What are the consequences of the increasing focus on these solutions – and can they really work for rural Romania? Are there other more appropriate approaches? […]