In this exclusive three part series, Marta Zygadlo – a lawyer based in Spain who is now focusing on food systems and food governance, explores the fascinating CAP debate in the Iberian country. Part one introduces the broad contours of the debate, including the Spanish government’s response document to the European Commission CAP consultation.

For the first time the CAP’s reform national negotiations were subjected to a broader debate in Spain. On this occasion the Spanish Ministry of Agriculture, Fishing, Food and Environment wanted to advance its proposal and listen to ideas of all possible stakeholders to enrich the process. (see video below)

This was particularly important with respect to farmers and environmental groups. The internal debate started on March 27th with the two days conference “Building Future CAP” (“Contruyendo la PAC del Futuro). The large group of up to 300 participants, consisted of representatives from European and Spanish administrations, agrarian organizations and cooperatives, food industry, parliamentary groups, environmental associations and different sectors. Each defined their priorities regarding the CAP after 2020. The main challenges put on the negotiation table were: sufficient budget, generational renewal, simplification, sustainability, market orientation and strengthening of farmers’ position within the food-chain. The conference counted with the presence of the EU Commissioner of Agriculture Phil Hogan and vice-president of the European Parliament’s Commission of Agriculture Clara Aguilera. Spain also invited representatives from France, Netherlands and Portugal.

Ministers of regional governments considered that this document reflects a minimum but still it is a good starting point for ongoing negotiations. At the same time, two of fifteen[1] Spanish autonomous regions that participated in the sectoral conference in April, Aragon and Navarre (both located in the North) did not endorse those proposals. Neither did  Spain’s organic farmers, above all those small-scale, nor environmental groups and civil society organizations that supported the Living Land campaign instead.

These are Spain’s demands and proposals as reflected in the common position paper:

[1]    There are 17 regional governments in Spain. Cantabria and Basque Country did not participate in the sectoral conference where the consensus was reached. 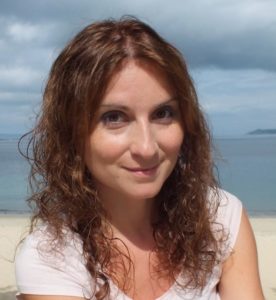