Syngenta is taking legal action against the European Commission’s recent decision to suspend the use of thiamethoxam. According to the Basel-based agrochemical group, the decision was taken “on the basis of a flawed process, resulting in an inadequate and incomplete assessment of the European Food Safety Authority.” Thiamethoxam is an insecticide belonging to the class of neonicotinoids. 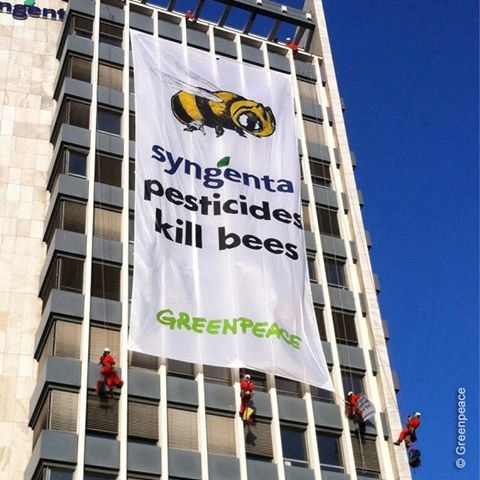 According to Syngenta, the Commission took its decision without the support of all members of the European Union. “We would prefer not to take legal action but have no other choice given our firm belief that the Commission wrongly linked thiamethoxam to the decline in bee health. In suspending the product, it breached EU pesticide legislation and incorrectly applied the precautionary principle,” said John Atkin, Syngenta’s COO in a statement released Tuesday.

In May this year, the European Commission confirmed its decision to restrict the use of three insecticides or nerve-agent pesticides belonging to the family of neonicotinoids for a two year period (clothianidin, thiamethoxam and imidacloprid produced by Bayer). The decision was taken after Europe’s food safety watchdog (EFSA) classified neonicotinoids as a high risk to bees and the environment, and after prolonged calls from civil society organisations to ban nerve-agent pesticides. The restriction comes into force on 1 December 2013.

Member States must now withdraw or modify existing authorizations to comply with the restrictions by 30 September 2013. The use of existing stocks may be authorized until 30 November 2013, at the latest.

Syngenta “called on all stakeholders to focus their efforts on the development of practical solutions to improve the health of bees.”

Referring to “the overwhelming agreement of experts” on the devastating impact of neonicotinoids to bees, Syngenta claims that bees in general are suffering from diseases, viruses as well as from the loss of habitat and food.

New research by Greenpeace provides damning evidence of just how prevalent pesticide exposure is for pollinators. […]