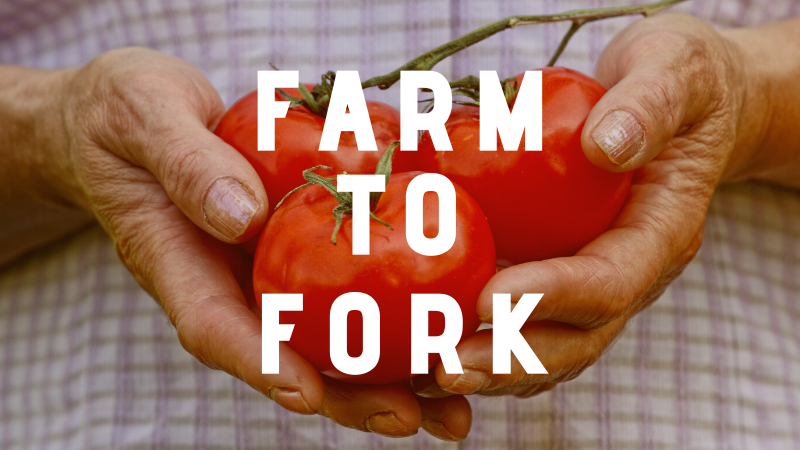 The Farm to Fork strategy is having an impact – and the forces of business-as-usual aren’t happy. Here Camille Perrin (BEUC), Nick Jacobs (IPES-Food) and Nina Holland (CEO) express their concerns about studies and corporate-led events “based on models which are ill-suited to evaluating the impacts of transforming our food systems.” Further, the authors point to how inappropriate these studies and events are when assessing the Farm to Fork Strategy itself.

The Farm to Fork strategy has come under heavy fire since its very inception. The EU’s blueprint for sustainable food and farming was not even published yet when some were using the COVID-19 pandemic as a pretext for calling it into question. The fearmongering continued with a flawed study by the US Department of Agriculture from November 2020, which claimed the world could go hungry if the EU Farm to Fork and Biodiversity strategies were to be rolled out.

With EU lawmakers about to endorse the strategy, the attacks against it have intensified.

Over summer, the European Commission’s in-house science service – the ‘JRC’ – published a modelling exercise showing that plans to cut back on chemical pesticides and fertilisers are clearly achievable, while pointing at some challenges. The uncertainties voiced by the study were seized on by Farm to Fork critics to redouble their attacks. They were further encouraged by the release last month of a purported ‘impact study’ sponsored by an agri-food lobby making apocalyptic predictions about the  EU’s plans.

Corporate-led events such as next week’s “scientific dialogue” sponsored by CropLife Europe serve to amplify the scaremongering. The programme is dominated by anti-Farm to Fork lobbyists including USDA, and neglects to mention that another headline participant – Wageningen University – is being paid by CropLife to produce yet another ‘impact study’.

What do the studies published so far have in common? They are based on models which are ill-suited to evaluating the impacts of transforming our food systems, which is what the Farm to Fork strategy is all about. They ignore the many changes that need to happen alongside greener food production – from a crackdown on food waste to shifts in consumer demand, from new procurement practices to reducing the environmental footprint of the food and feed we import into Europe. These changes are already starting to happen and are built into the Farm to Fork strategy.

Using these studies as a basis to ditch the Farm to Fork strategy is therefore highly misleading.

Firstly, these studies are not impact assessments of the Farm to Fork and Biodiversity strategies. The JRC made this caveat about its own report and claiming otherwise is both factually wrong and disingenuous.

Secondly, what are we comparing this against? If we were to conduct an ‘impact assessment’ of our current food systems, assuming only small tweaks along the way to 2030 or 2050, the outcomes would surely be catastrophic. The costs of inaction on climate change, biodiversity loss and pesticide poisoning would dwarf any potential losses under the Farm to Fark Strategy, as recently confirmed by a German commission gathering actors from across the food chain.

Thirdly, the idea that the EU must continue to “feed the world” is a red herring. Unless the world is feeding itself on spirits, wine and cheese, this is no longer true. In fact, an agroecological EU where people would eat healthier diets could better contribute to global food security.

In any case, a transformation of our food systems is what European citizens are now demanding. Two thirds of EU consumers are willing to change their eating habits for the environment. Over 1.3 million EU citizens have said they no longer want animals to be raised in cages. Another million have signed a call for saving bees and phasing out synthetic pesticides. More than eight in ten agree that regulations should force food producers to meet tougher sustainability standards, and less than half think that governments are doing enough to make food systems sustainable.

Let us therefore waste no more time arguing over whether the food system needs a major revamp: this is a no-brainer. Time will be better spent designing the right set of policies for cushioning the social impact of the transition and ensuring it is also a just one.

The Farm to Fork strategy sets out a clear vision for the future of food, fisheries, and farming in the EU. One that meets the expectations of EU citizens. Whether our trading partners like it or not, a whopping 87% of Europeans want the EU to be more, not less, proactive in promoting food sustainability worldwide. Members of the European Parliament must not let them down when they vote on the strategy later this month.

More on EU Farm to Fork

It has emerged that the SUR – Sustainable Use of Pesticides Regulation – may not be announced next week, as initially planned. Rather, on Monday 21st a decision will be made to postpose or not. This is just one example of how the EU Farm to Fork strategy is in a perfect storm: the agribusiness lobby against sustainable policies is now reinforced by war in Ukraine. Op-ed by Nina Holland, researcher at Corporate Europe Observatory. Hans van Scharen, press officer at Corporate Europe Observatory. […]

The EU-CO summit was a no-go: so what’s next for CAP?

EU Leaders disagree on CAP, on how it should be funded, and on how that funding should be divided up between different priorities. Meanwhile, there are delays, the parallel farm to fork strategy, talk of transitional arrangements, and now, the global pandemic that is COVID-19 to deal with. Natasha Foote unpacks some of the details.  […]

War in Ukraine and World Food – What options does the international community have?

Sebastian Lakner assesses the current, rapidly changing situation of agri-food trade and policies. How is the war impacting on agri-food supplies, and what are the responses at EU and national level? This opinion piece is an English language update of an earlier German post on the agricultural economist’s blog.    […]