Is this the most significant moment in the EU referendum campaign so far? The National Farmers Union, representing 50,000 of the largest and wealthiest farming landowners in England (and Wales), who receive the lion’s share of all subsidies provided to the UK by the EU,  have voted to support the Remain campaign. How and why has this happened?

It’s not rocket science, is it? If you were in an industry where over half your income came from subsidies, would you choose to walk away from the system providing those subsidies? Would you bite the Brussels hand that feeds you?

You might be surprised though, how many farmers are in favour of, or thinking hard about Brexit. Farmers for Britain aims to represent their views and campaign for more farmers to support Brexit. Listening to a piece about farming and Brexit on the World This Weekend on Sunday, a couple of farmers were interviewed, and neither were particularly keen on the UK staying in the EU, despite the massive subsidies they receive. This was followed by a fairly unedifying pair of interviews with pro Brexit farm minister George Eustice, and UK EU Commissioner and Cameroon Lord Hill.

” The Government are having to make big cuts in expenditure….why wouldn’t you want to look extremely hard in the area of farming?”

Now of course whether you believe that the Government do have to make big cuts or not depends on whether you buy into the austerity world view. I don’t. But the Treasury does and will continue to do so while Osborne or one of his acolytes is at Number 11.

But the Government are playing a double game here.

In a letter from Cameron to the Country Landowners Association last week, in relation to subsidies continuing in a post Brexit Britain, Cameron sought to soothe the furrowed brows of his very important landowning clientele and constituency. “As long as I am Prime Minister, I would make sure that an agricultural support system would be properly maintained.” But the Cameron goes on to claim that under a Corbyn government, it all might fall apart. “Previous Labour Governments have either been in favour of reducing key agricultural subsidies or abolishing them altogether. ”

So Cameron’s man in Brussels is playing the bad cop Treasury might grab the farm subsidies to help austerity, while Cameron plays good cop to Corbyn’s bad cop.

Meanwhile in the Brexit camp, farm minister George Eustice was trying to persuade farmers that the Treasury would not only continue to provide generous farm subsidies “without strings” from domestic sources, and possibly increase them. This is entirely at odds with what Eustice was saying four years ago, where he proposed abolition of direct payments to be replaced by a market in tradeable biodiversity obligations.

In this morass of political swerving and maneuvering for position, the NFU has at least maintained consistency. It knows that many farms are in a very difficult position at the moment, and the subsidies they receive from the EU are guaranteed until 2021 and almost certain to continue after that. Nobody knows what would happen if the UK voted to leave the EU. There is no guarantee farmers would receive support from the Treasury, and if they did, how much they would receive.

NFU’s analysis (summary here) estimates the average farm would lose €24000 subsidy a year if no UK-sourced replacement was provided and the UK had a free trade agreement with the EU.

Anyone who has read my blog will know I am no fan of the CAP – far from it. It has been responsible for widespread devastation of Britain’s wildlife and historic landscapes, and has helped destroy rural communities.  But it’s also true that the process started long before the UK joined the Common Market – farm subsidies during the Second World War had already started this transformation, which accelerated through the 50s, 60s and 70s.  Farmers continuing to receive CAP payments is, as far as I am concerned, a necessary evil – the cost if you like, for all the other reasons for staying in the EU. 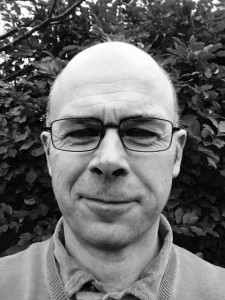 And it’s also fair to say that, thanks to the tireless efforts of environmental campaigners and enlightened politicians, over the past 25 years, the CAP we have now does much less damage to nature than it did back in the days of wine mountains and butter lakes.

But for now, its Pax Europa, where the enemy of my enemy is my friend. Go to it, NFU – and fight the good fight to keep Britain in the EU.

This article by Miles King (above) was originally posted on his (excellent) blog.

All ARC2020 articles on Brexit

Farmers in England and Wales want to move away from centralised supply chains where they say they have little influence over prices, not enough connection to consumers, and are not rewarded for delivering positive climate and nature outcomes. This is according to the findings of Sustain in its report ‘Beyond the Farmgate’ which lays out the results of a new survey of 500 English and Welsh farmers. […]

As the CAP ‘Super Trilogue’ gets underway, the Commission’s Long Term Vision for Rural Areas (LTVRA) process culminates in a week-long conference hosted by the European Network for Rural Development. We at ARC are adamant that CAP reform and the Rural Vision process should not have been kept apart. […]