This article contextualises and provides a summary of an academic literature review recently published by the author Cian Blaix (and colleagues) on ecosystem services provides by weeds. It forms a chapter of a thesis recently written by the author on the benefits that weeds and field margins provide in agriculture. These ecosystem services can be divided into three categories: cultural services, provisioning services, and regulating and maintenance services.

As long as agriculture has existed so have weeds. Consequently, weeding has been practiced for just as long. This started with hand-weeding before 10,000 BC and the practice has now evolved to include the use of innovations such as herbicide application. Although there are many definitions for weeds, commonly, the unplanned vegetation that is found in agricultural fields are referred to as weeds.

Naturally, the perception of these plants focuses on the negative effects which they can have on cultivated crops. It is well known that weeds provide competition to crops which leads to reduction in yield. Indeed, an abundance of scientific research in agriculture has focused on approaches to limit the interference of weeds with human objectives.

The lack of affection granted to weeds has not been helped by the fact that the word “weed” itself has a negative connotation. This is highlighted by the fact that the great Carl Linnaeus, creator of the binomial system that is used to scientifically name plants, famously named a weed, Siegesbeckia orientalis, after one of his detractors, Johann Georg Siegesbeck.

Despite all the negative perception of weeds, some can also have a positive effect, directly or indirectly, on our livelihoods. Weeds are a source of biodiversity in agricultural land, which is considered as a species-poor habitat. Therefore, they have the potential to offer ecosystem services. Ecosystem services describe the benefits that an ecosystem can offer to humankind. These are pooled into three groups by the Common International Classification of Ecosystem Services; cultural services, provisioning services, and regulating and maintenance services. Here, I will summarise the different ecosystem services that weeds provide.

Cultural ecosystem services are defined as non-material benefits that ecosystems provide. These consist of, for example, spiritual associations with plants and animals, recreational use of nature, and the aesthetic properties of organisms. The cornflower and the poppy are two flowering plants that are often considered as weeds in Europe. These two weeds are well known for the beautiful flowers that they produce. In certain countries, they are considered important due to their symbolism. In France, the cornflower is used as a symbol to remember the veterans of war as well as the widows and orphans of those who perished during war. Similarly, in the United Kingdom, and in many countries belonging to the Commonwealth, the poppy is used to commemorate those who have fallen in battle. These weeds play an important part in the culture of those countries.

Provisioning services refer to the goods that ecosystems provide, such as food and medicine. Many weeds, including dandelions and nettles are edible. Indeed, nettle soup is a traditional dish in Ireland, while nettle tea is often drunk in late Spring, before the bud forms. A surprising number of weeds are used in medicine, possibly because they produce many secondary metabolites due to their ruderal nature. These metabolites are exploited both by traditional and modern medicine. For example, the broadleaf plantain can be used to reduce swelling.

Also, dock leaves can be used to appease irritation from being stung by nettles. This has led to an old Irish proverb, Neantóg a dhóigh mé, copóg a leigheas mé, which translates as ‘a nettle burned (stung) me, a dock cured me’. The raw material of some weeds can also be used for thatching, weaving, and making industrial products.

Ecosystems can offer services by regulating and maintaining natural processes that benefit humankind, such as pest control. A scientific literature review was published earlier this year on the regulating and maintenance services provided by weeds in arable fields. Weeds were found to benefit pest control, recycling nutrients, crop pollination, and improve soil physical quality. There is plenty of scientific literature that demonstrate that the presence of weeds can reduce the abundance of pests. They tend to do this by hosting natural enemies of pests.  For example, in a study conducted in Switzerland, the presence of mugwort, tansy, and nettle in between rows of lettuce increased the presence of ladybirds and lacewings which are important predators of aphids.

The presence of weeds can increase the abundance of natural enemies in different ways. One of those ways is by offering an alternative food resource to insect predators. Larvae of some hoverfly species are predators of crop pests. However, as adults they feed on pollen and nectar and are particularly fond of flowers from the Asteraceae (daisy) and Apiaceae (carrot) families. By promoting weeds from those families in the field, populations of beneficial hoverflies can be sustained throughout the year. Diverse communities of weeds can also lead to a diversity of microhabitats that can be exploited by beneficial insects. Furthermore, structural and botanical diversity are essential for improving the quality of the field as a winter habitat for insects.

The relationship between biodiversity and agriculture is key to the concept of agroecology. In agroecology, agriculture should be practiced in a way to promote biodiversity conservation. In return, biodiversity provides services to agriculture that allows sustainable management of the land. By maintaining a diverse weed population in agricultural fields, we promote insect and plant diversity, which can subsequently provide ecosystem services. Indeed, this is supported by a review which indicated that greater weed diversity leads to greater insect and bird diversity.

Since weeds provide so many different ecosystem services, should we abandon the practice of weeding agricultural fields? Weeds are one of the main factors for crop yield loss, and despite all the benefits that they can provide, this fact cannot be ignored. However, the yield lost due to competition from weeds can be compensated by the ecosystem services they provide.

The key is to know when to weed and how to weed. The over-use of herbicides such as glyphosate has a negative impact on biodiversity and, possibly, on both soil health and human health. It also favours the growth of aggressive weeds. Indiscriminative weeding practices, such as chemical control or tillage, creates a disturbance in the field which only the most aggressive weeds can survive.

If there is strong competition in a field between crops and weeds, the most competitive weeds should be weeded while potentially beneficial weeds should be left unharmed. There is nothing to suggest that a diverse weed community in a field leads to a greater abundance of weeds. A study on weeds in arable fields in Denmark found that only 13 species out of the 67 most common weeds were considered as dominant. This suggests that only a small minority of species can really compete with crops.

We need to take a more holistic approach to farming and not systematically weed agricultural fields. By promoting plant diversity in field, important ecosystem services can be provided. This especially relevant today as we become more aware of the effect of glyphosate on the environment and the effect that tillage can have on soil health. We should, therefore, be more like Linneaus and get to know the plants in our fields. However, we should refrain from insulting people by calling them weeds! 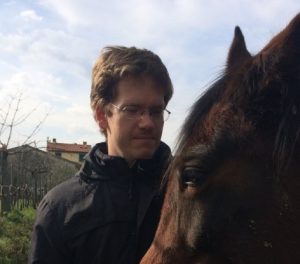 Cian Blaix is a PhD candidate at Sant’Anna School of Advanced Studies in Pisa, Italy. His thesis focuses on the potential of weeds and field margins in providing ecosystem services and hosting syrphids (hoverflies). Cian has a strong interest in agroecology and entomology. He is a member of Agroecology Europe and of the European Weed Research Society.

About Cian Blaix 1 Article
Cian Blaix is a PhD candidate at Sant’Anna School of Advanced Studies in Pisa, Italy. His thesis focuses on the potential of weeds and field margins in providing ecosystem services and hosting syrphids (hoverflies). Cian has a strong interest in agroecology and entomology. He is a member of Agroecology Europe and of the European Weed Research Society.

From the ashes of Portugal’s devastating wildfires in 2017 rose Reflorestar Portugal, a national network for forest and ecosystem regeneration. In this interview for ARC2020, Susana Guimarães, coordinator of Reflorestar Portugal, speaks to Antonieta Lopes about empowering local communities to be guardians of the forest, moving from an extractive to a regenerative economy, and letting go of what has proven to be of no use to us. […]

Ireland’s Environmental Pillar – the country’s leading coalition of environmental NGOs  – today withdrew from the Department of Agriculture’s Agri-Food Strategy Committee after concluding that the draft Strategy is “woefully inadequate to meet the social and environmental challenges we face.” […]