“In this decade the contest over death and life will be THE critical battle. You stand for life.” Vandana Shiva (Navdanya Institute, at WHES2020)

For the tenth year, tens of thousands have descended on central Berlin to demand changes in farming and food systems. This year, the 27,000 who turned up were focused on climate, a just transition for farmers, vetoing the EU Mercosur trade deal, and opposing many aspects of industrialised, corporate agriculture, from gene drives and pesticides to animal welfare and fairness for the global south.

Wir Haben Es Satt! (We are fed up!) brings together dozens of German organisations from a wide spectrum – nature, climate, consumer, animal welfare and farming interests –  are coincides with the established ‘Green Week’ events: Green Week is the annual mainstream agri-food event held in Berlin at the same time.

Speakers and marchers were also focused on agricultural spending – with the new CAP Strategic Plans approach, as well as the much vaunted EU Green Deal and Farm to Fork Strategy, participants sent a message to Ag minister Julia Klopper.

Wir Haben Es Satt had specific demands, in the week where Ag ministers from around the world were meeting in Berlin. The emphasis was on:

Andrzej Nowakowski talking about WHES2020 at a Strasbourg warm up event.

As usual there were many dozens of tractors big and small, with a noticeable number being driven by young women.

Tractors gather in front of Berlin's most famous landmark to prepare for a protest around the city centre! They are uniting along with animal welfare and environmental campaigners calling for a more sustainable future producing food in line with nature #WHES2020 pic.twitter.com/nDpOnErydP

There were an estimated 170 tractors this year.

Indeed, youth and vibrancy were noticeable elements of the gathering this year: the Fridays for Future climate strikers made their presence felt strongly. 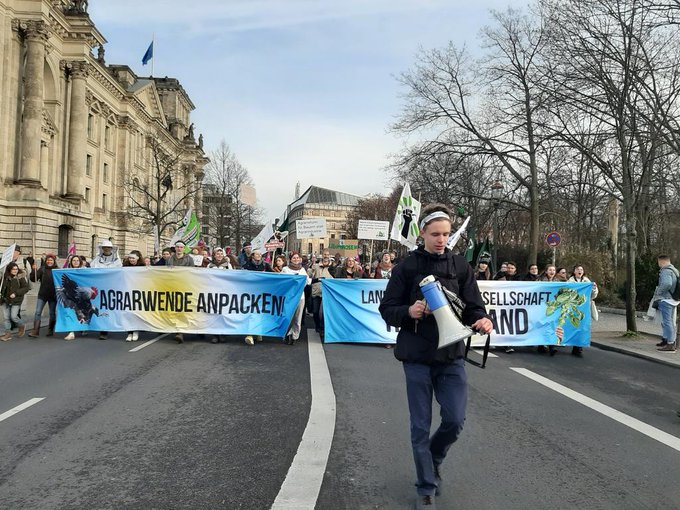 Another related and interesting development was the participation of one of the leaders of the protesting farmers of Germany at the Soup and Talk, which followed the demo.

To a packed audience, Tilo von Donner of the Landschafft Verbindung movement explained their position to what was a quite receptive and supportive audience; areas like below cost selling and fighting retail power emerged as areas of potential synergies of the movements going forward. 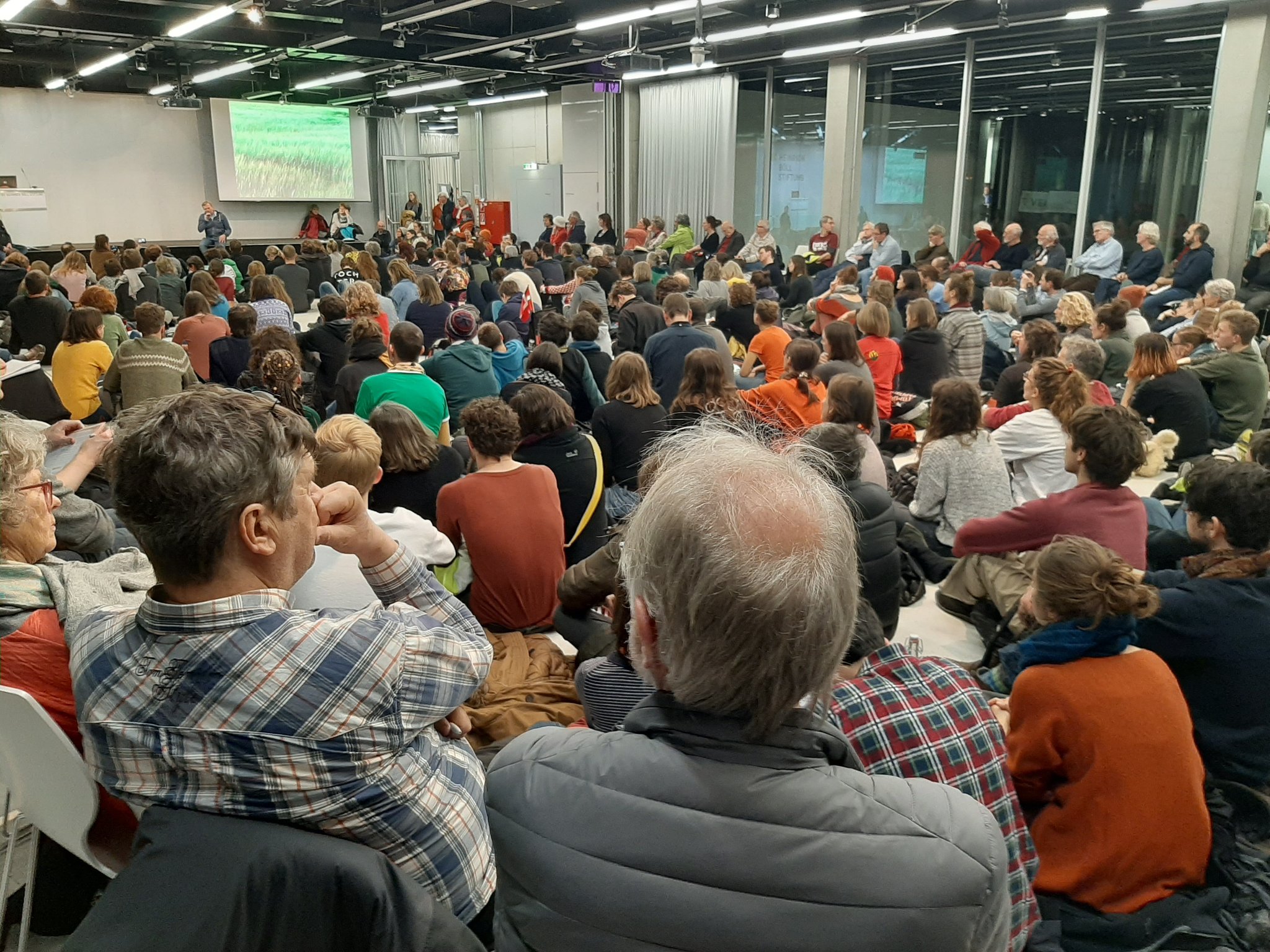 And just how powerful a movement would a combination of farmers and environmentalists be, one that found areas of commonality and united on the basis of what they had in common?

How was the first growing season for Chiara and her forest mushrooms? What worked and what didn’t work? And how sustainable – in ‘blue economy’ terms – is the whole thing anyway? […]

Yesterday, Marta Zygadlo introduced us to Spanish coalition Por Otra PAC. Today we take a look at the coalitions’ priorities and how it plans to push food sovereignty and agroecological transition in Spain. What would an EU agrifood system based on the principles of solidarity, equity and democracy look like? […]