Over 150 European CSOs and NGOs have today come together to demand better food and farming policies for Europe. The joint action, in the form of a Common Statement, coincides with a CAP consultation and the Agricultural and Fisheries Council meeting which starts at 10AM today, Monday.

The signatories, which include the Agriculture and Rural Convention (ARC2020), call into question the functionality of the current food and farming system, while demanding fundamental reform of Europe’s broken agricultural policy.

Update 13.10: Already ,there has been a huge response on social media, which hundreds of tweets and retweets, generating a virtual march on line – all manner of colourful and informative banners being shared: 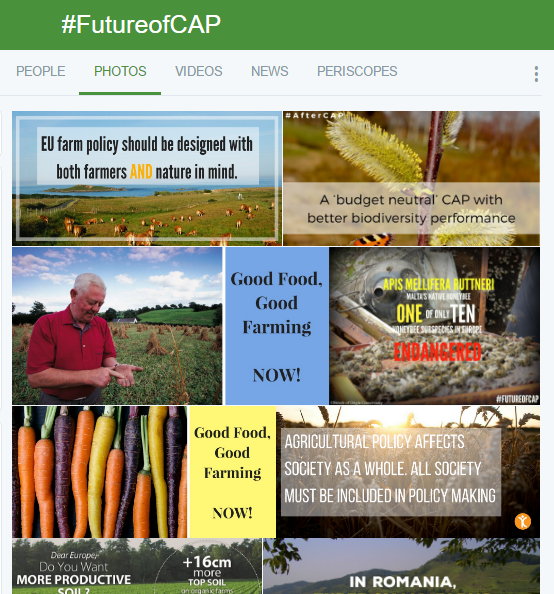 Instead of the CAP as it operates now, the organisations argue for a transition towards a food and farming system which supports fair and diverse food and farming economies, is underpinned by viable alternatives such as organic and agro-ecological farming, and which respects the environment and animal welfare, supports citizens’ health, and is publicly accountable.

The Common Statement, called Civil Society Statement on the Reform of European Agricultural Policies Good Food, Good Farming – Now, points to the need for transformation based on four key principles:

The Trussell Trust has faced barbed criticism from parliamentarians for its campaigning work to help families that are struggling to feed themselves. […]

This article examines some weaknesses of the Association Agreement between the European Union and Central America in the context of the EU Common Agricultural Policy reform post 2020. The specific focus is on the ‘Special Treatment on Bananas’ conceded to Honduras and its interlinkages with the Common Market Organisation (CMO). […]