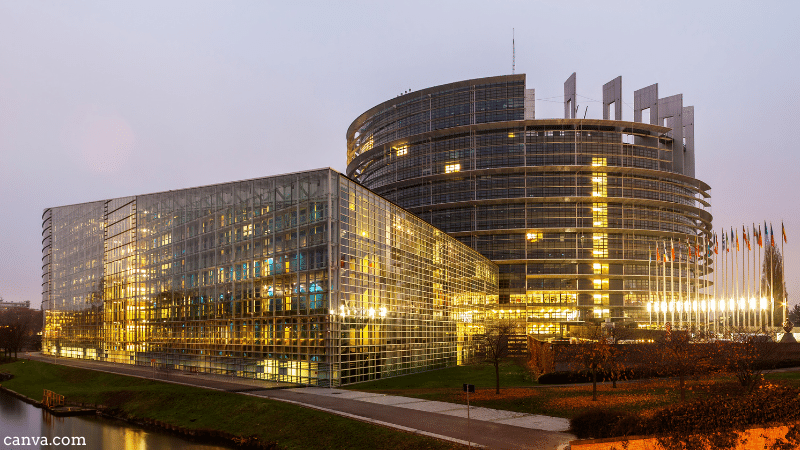 For a year, a process to generate feedback from European citizens on how Europe should change, develop and unfold has been underway. This Conference on the Future of Europe (CoFoE), launched in the spring of 2021, aimed to provide future guidance, while calling on the EU institutions and national parliaments to take action. Now that its initial work is complete, and in a context of more than one crisis, how has the process been? And what might it mean for accession negotiations, Treaty changes and EU food, farming and rural policy?

The Conference on the Future of Europe (CoFoE) was established in March 2021 as a joint initiative of the European Parliament, the Council and the Commission together with Member States. It was initiated as a democratic exercise in which citizens could have their say on what they expect from the EU.

The report on the final outcome of the CoFoE, which was delivered to the Presidents of the three Institutions at a closing ceremony in Strasbourg on May 9 (Europe Day), contains 49 proposals and over 320 measures covering nine thematic areas including “climate change and and the environment”, “a stronger economy, social justice and jobs”, “EU in the world” and “Values and rights, rule of law and security”.

However perspectives for rural Europe or needs for a more integrated agricultural, environmental or food policy do not appear in the report.

At the closing ceremony a citizen called on EU leaders to implement all proposals put forward by the Conference Plenary, without distorting them by only selecting those serving their political agenda or only implementing those not requiring treaty change.

The CoFoE process has not been considered sufficiently inclusive and pertinent, with critics questioning the impact of the multilingual digital platform and a rush to bring the Conference to a conclusion under pressure from the current French Presidency of the Council.

Nonetheless, on April 30th, the proposals – based on recommendations from the European Citizens’ Panels, National Panels and events, a European Youth Event, and the multilingual digital platform – were approved by representatives of the European Parliament, the Council, the Commission and national parliaments on a consensual basis (albeit without unanimity in the Parliament and with a group of Member States later penning a non-paper distancing themselves from the key proposal on Treaty change).

Now, the focus is on to what extent the Institutions will implement the proposals and whether deliberation will continue to be part of democratic decision-making in the EU. The outcomes of the Conference garnering most attention relate to EU accession and Treaty change.

The war in Ukraine reinforces the importance of genuine and progressive engagement with the EU’s neighbouring countries including Ukraine, the Western Balkans, Moldova and Georgia.

The CoFoE report proposes that the EU should, in its relations with third countries “offer a credible accession perspective for candidate and potential candidate countries to foster peace and stability in Europe and bring prosperity to millions of Europeans”.

Eastern European neighbour countries, especially the Western Balkans have been waiting for steps to accelerate accession negotiations for many years, and point to the geopolitical impacts of the war on Ukraine and global food security which need to be taken into account.

French President Emmanuel Macron’s declaration of, “Let’s be clear, the EU, even given its level of integration and ambition, cannot, at least in the short term, be the only way of structuring the European continent,” signalled a disinclination towards accelerated accession processes for European countries including Ukraine to join the Union.

Macron’s subsequent proposal to create a new European political community for non-EU countries in the European area bound by geographic area and a shared set of the (often cited and not always applied) European values, immediately countered any realistic perspectives for candidate countries to accelerate the accession process, as has been suggested by Commission President Ursula von der Leyen. In her speech, von der Leyen indicated that a combination of substantial investment and reform in Ukraine could pave a different way for the war-ravaged country into the European Union given its special circumstance in the face of Russian aggression.

The CoFoE report puts Treaty change firmly on the cards with, among others, the recommendation that unanimity voting in Council be replaced with decisions by a qualified majority on all issues save for two exceptions: the admission of new membership to the EU and changes to the fundamental principles of the EU.

Indicating the Commission’s openness to Treaty change “if need be”, President von der Leyen said that she has “always argued that unanimity voting in some key areas simply no longer makes sense if we want to be able to move faster.”

On foot of the Conference, on May 4 the European Parliament adopted a resolution asking the Committee on Constitutional Affairs to prepare proposals to reform the EU Treaties through a Convention in line with Article 48 of the Treaty on European Union.

President Macron also expressed his support for the proposal to revise the Treaties and the possibility of a new European Convention process to achieve more political integration. He added that the objectives of any changes would need first to be clearly defined. However, disagreement among the Council can already be expected with 13 Member States signing a non-paper positioning themselves against what they deem “unconsidered and premature events to launch a process towards Treaty change”.

Climate change and and the environment

It remains to be seen whether the ambition of the Conference proposals will, through meaningful implementation, shape the path of the EU in years to come or remain but a weak vision. Francophone Belgian citizen participant Gisele spoke about the European Union proving itself a leader on environmental issues to the media outlet Toute l’Europe. Gisèle expects to coordinate with other citizen participants on following up with dedicated political actions that come out of this event.

In relation to farming and nature protection the report contains, among others, general proposals calling for: environmental and climate friendly agriculture in the EU; the redirection of subsidies and incentives towards sustainable farming including organics; significant reduction in the use of chemical pesticides and fertilisers in line with existing targets and the creation, restoration, better management and extension of protected areas for biodiversity conservation. However, more specific ambitions as laid down in the Green Deal and its Biodiversity and Farm to Fork strategies are not mentioned in the text.

President von der Leyen announced that in her State of the Union address in September she will share the first new proposals responding to the Conference report. The Commission’s position emphasises that many of the recommendations can be accommodated through existing initiatives or proposals currently being discussed, with von der Leyen noting that “in some areas, your proposals give us a push to speed up work already ongoing – for example on the European Green Deal or on making society fairer.”

However, in March the Commission delayed publishing its proposal for an EU Nature Restoration law which would set legally binding nature restoration targets. It remains to be seen whether the citizens’ recommendations will push the Commission to finally publish its proposal and remind all three Institutions that citizens are calling for more sustainable (including organic) farming and significant reductions in chemical fertilisers and pesticides, which in turn would help EU agriculture become more energy-independent – another key element of the report.

Presently however, the winds are not blowing in that direction. On May 3, the Parliament adopted an Organic Action Plan that undercuts the Farm to Fork strategy by omitting a key target: the transition of 25% of farmland to organic agriculture by 2030. Or consider the continuous watering down and delays to tabling pesticide reform.

While Treaty change is on the table, now could be an opportune moment to revisit the Common Agricultural Policy (CAP) objectives, as set out in Article 39 of the Treaty on the Functioning of the European Union, which currently do not include climate change action and environmental care.

The proposal in the CoFoE report to “redirect subsidies and incentives towards organic farming and sustainable agriculture which comply with clear environmental standards and help achieve the global climate goals” would necessitate a redirection of CAP subsidies, the majority of which are currently area-based payments.

The moment to start a new Integrated European Rural Agricultural and Food Policy is now.

All Hot Air? An Organic Action Plan without Farm to Fork Targets

‘Should agricultural subsidies go to labour not land?’  This question was up for discussion at a meeting hosted by ARC2020 in Summer 2021. Area based payments are absolutely central to the Common Agricultural Policy (CAP) yet they have a range of negative impacts and act as a barrier to progressive change. […]

Just Transition in Ireland – Next Steps

What’s really involved in a genuinely just transition? Here we summarise the perspectives of wide range of actors from agriculture, energy, forestry and rural areas gathered to exchange views on the meaning and practical application of a just transition in a farming, food and rural context in Ireland. Event held in the WeCreate Centre in Cloughjordan ecovillage. With Matteo Metta and Oliver Moore. […]

While the next CAP reform is still in discussion at the Council, and the European Parliament has not yet taken a final position, Samuel Féret explains the rationale of the new concept of CAP Strategic Plans for a future CAP as proposed by the European Commission. This is intended as a pivotal piece of the future new delivery model, probably the biggest proposed change in how the CAP is set to operate in the future. This is the second in a five part article series on what happens next for the CAP. […]