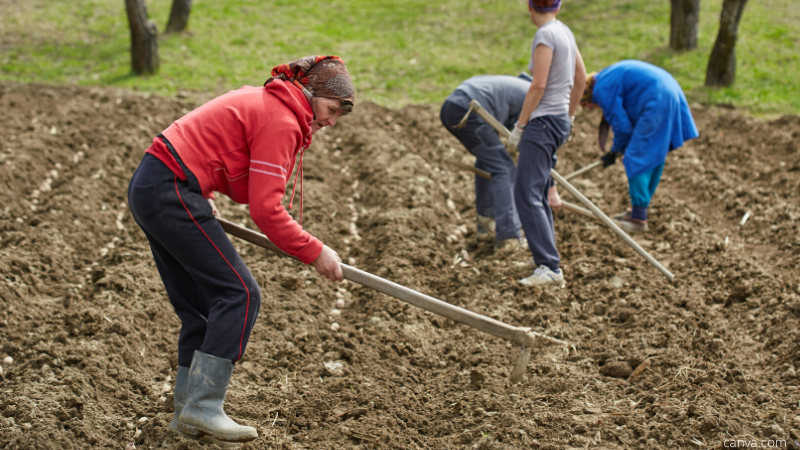 ‘Should agricultural subsidies go to labour not land?’  This question was up for discussion at a meeting hosted by ARC2020 in Summer 2021. Area based payments are absolutely central to the Common Agricultural Policy (CAP) yet they have a range of negative impacts and act as a barrier to progressive change. In search of a fairer, greener and rural-proofed subsidy system to support the farming community (including farmers and farm workers) and to promote mainstream adoption of sustainable farming practices, ARC2020 wants to reignite the debate on whether the CAP should support labour rather than land. Here, Matteo Metta introduces the current state of play in EU agricultural income support and makes the case for a more attractive and substantial Small Farmers Scheme. This is an extract from our report ‘Should agricultural subsidies go to labour not land?’. The full report is available to download below.

The Agricultural Entrepreneurial Income is an important context indicator used by the European Commission to explain the need for agricultural income support, as well as the decline in farm numbers. It tells us how much a farmer earns as remuneration of all the production factors — land, non-salaried labour, capital and entrepreneurship. Labour is just one of the variables that can affect farm income. The market and public policies (within ecological and environmental boundaries) strongly affect farm income. 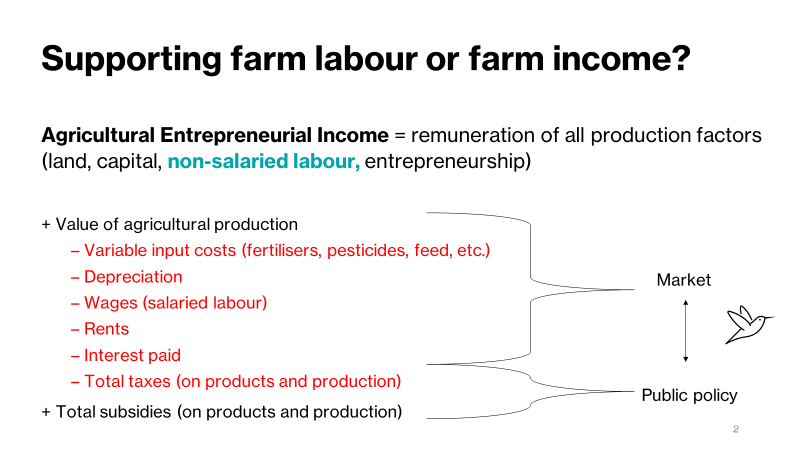 Comparing Agricultural Entrepreneurial Income with other wages in the wider economy is an important indication of how agriculture is doing across the EU over time.

The graph shows how farm income compares to other wages in the wider economy. At the low point in 2009, farmers earned about 27% of the EU average wage. In 2011 farmers earned 42.5% of the EU average wage. The DG AGRI data shows that farmers earn much less than the average income. However, the Agricultural Entrepreneurial Income indicator does not take account of income that farmers earn from other sources, like off-farm employment from non-agricultural activities, remuneration, social benefits, income from property, and it is not clear whether it considers income from on-farm diversification activities (agricultural service outputs?). As such, the Agricultural Entrepreneurial Income indicator alone is somewhat limited in justifying agricultural subsidies to farmers. That is not to say that farmers should not be supported; the sector must overcome many challenges – biodiversity loss, climate change, labour violation, land concentration, inequalities in direct payments based on entitlements, rural depopulation etc – but Agricultural Entrepreneurial Income is perhaps not the most reliable tool to move agricultural policy forward.

If we look at the existing delivery model, interventions supporting farm income do not necessarily go to labour – they might go to land, capital, income foregone, cost incurred, or entrepreneurship. 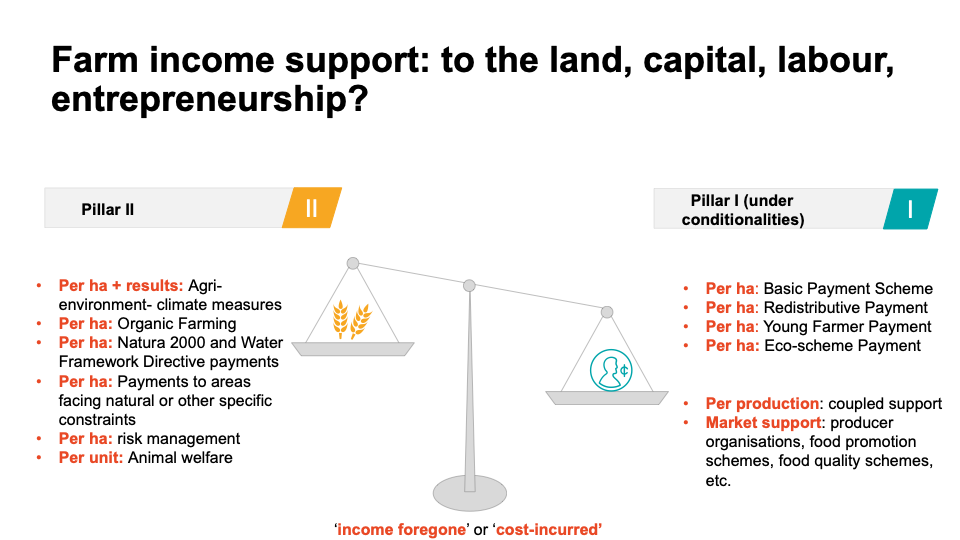 Instruments under Pillar I (the heaviest part of CAP) go to farm income based on conditionalities. The vast majority of payments in CAP Pillar I and II are per hectare (per ha) payments. Coupled support – an even more problematic tool if designed in a simplistic manner – is linked to production level. In the future CAP, eco-schemes, even if they are based on ‘income foregone’ and ‘cost incurred’, will still be linked to “the hectare”, thus reinforcing the legacy between the CAP and its negative side effects (e.g. land concentration, farm income inequalities).

Under Pillar II, the question arises whether payments go to the farmers and their work or to land and capital (e.g. machinery, finance). One possible exception are results-based payments which try to disconnect payments and the hectare, but so far the idea of linking labour to result-based payments has been largely overlooked, even in research and innovation projects like EIP AGRI. One example of an EIP AGRI project that does consider labour aspects and should inspire others is the Operational Group Biogemüse in Northern Hesse, Germany which created jobs for people with disabilities within a regional value chain for organic vegetables.

The ‘per-hectare’ mantra is one of the fundamental assumptions to deliver on many CAP policy objectives in a simple, efficient and effective manner. It is the basis to deliver public money in a neo-liberal policy framework. However, the rewarding of labour – which is the essential recognition of active farmers – remains tailored apart or blurred in both the environmental and climate debate, as well as in the long-dated struggles for a fairer distribution of direct payment.