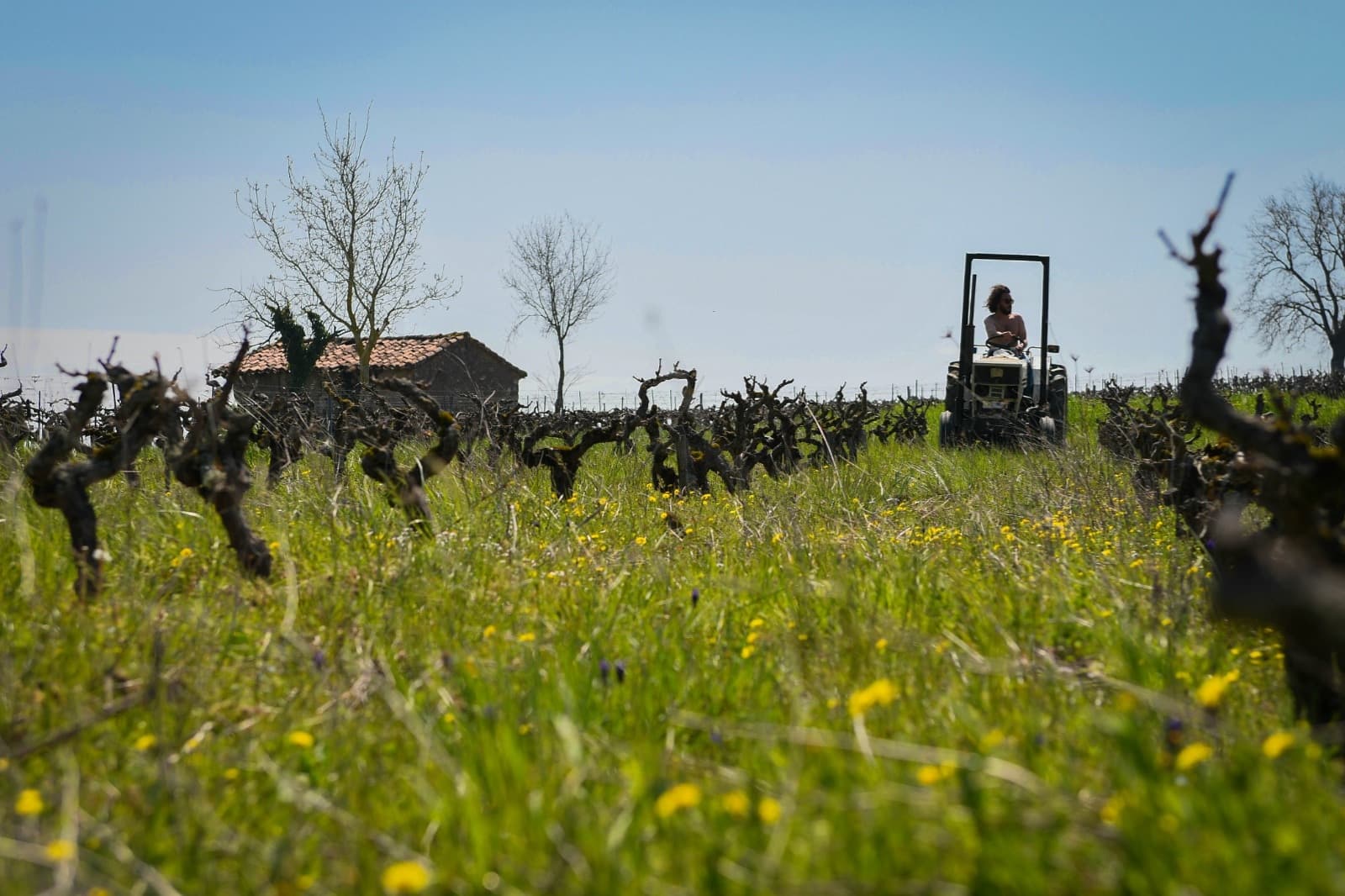 Lack of access to affordable land is one they key obstacles to new farming entrants. The sector is suffering from a seriously aging population which puts the future of European small-scale farming at risk. How can we encourage more young people to get into the profession when access to land is so tricky? Natasha Foote talks us through the problem and explores one exciting approach on the vineyards of Southern France.

If you came down one weekend to the depths of provincial France, just outside the sleepy village of Cazuhac and up a little bumpy dirt track that seems to lead to the middle of nowhere, you are likely to find an improbable group of people in an even more improbable place.

Armed with spades and smiles, here you’ll find a group of young professionals fresh from the local city of Toulouse who regularly turn out in force to lend a helping hand to their friends, Romaric Pouliquen and Florian Houard, who have taken on the task of tending to a 3 hectare vineyard in the hope of producing their own wine.

And that is exactly where I found myself one evening, weeding around old vines whilst marvelling at the fact that so many young people would give up their weekend to do something that, it’s safe to say, is far out of their comfort zone. 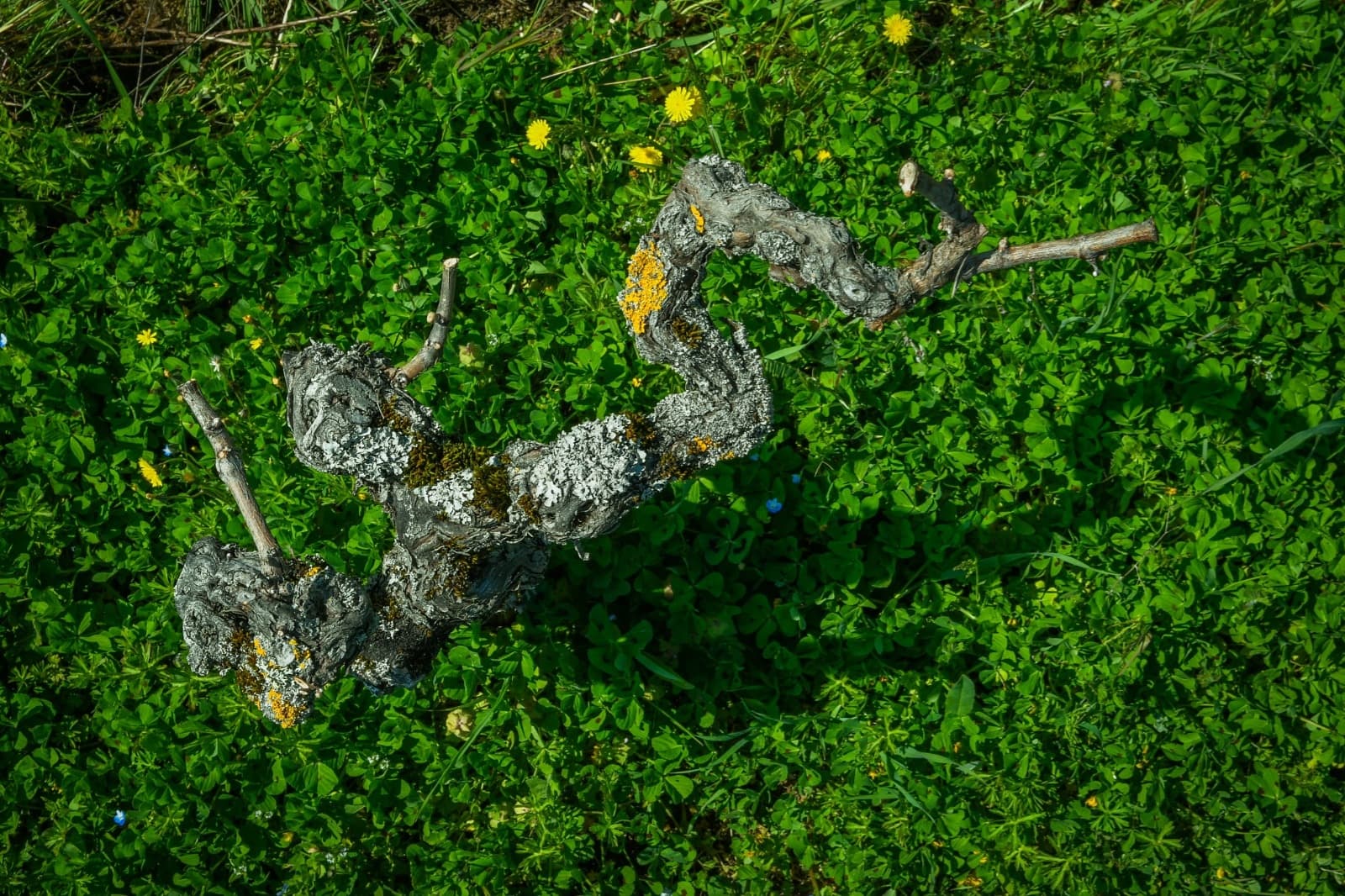 But there’s something even more special about this situation. These vineyards don’t belong to these young farmers, but instead to François et Noëlle Bochkoltz , a local elderly Belgian couple who are no longer capable of tending to their vines.

Together, the two generations have struck a deal to help each other out. They have agreed to let the two budding young wine makers to look after their vines and produce their own wine from them.

It is the dream deal. For Romaric and Florian, it means they have the opportunity to follow their dreams of producing their own wine, but without the prohibitive start-up costs. For François et Noëlle,  they relish the chance to offer the opportunity to a new generation of farmers, and are thrilled to find people that want to look after their land and revive their vineyards back to their former glory. For both, it offers a unique opportunity for intergenerational (and in this case, international) exchange and learning, and for the community it brings life back to the little village, revitalising the local area. 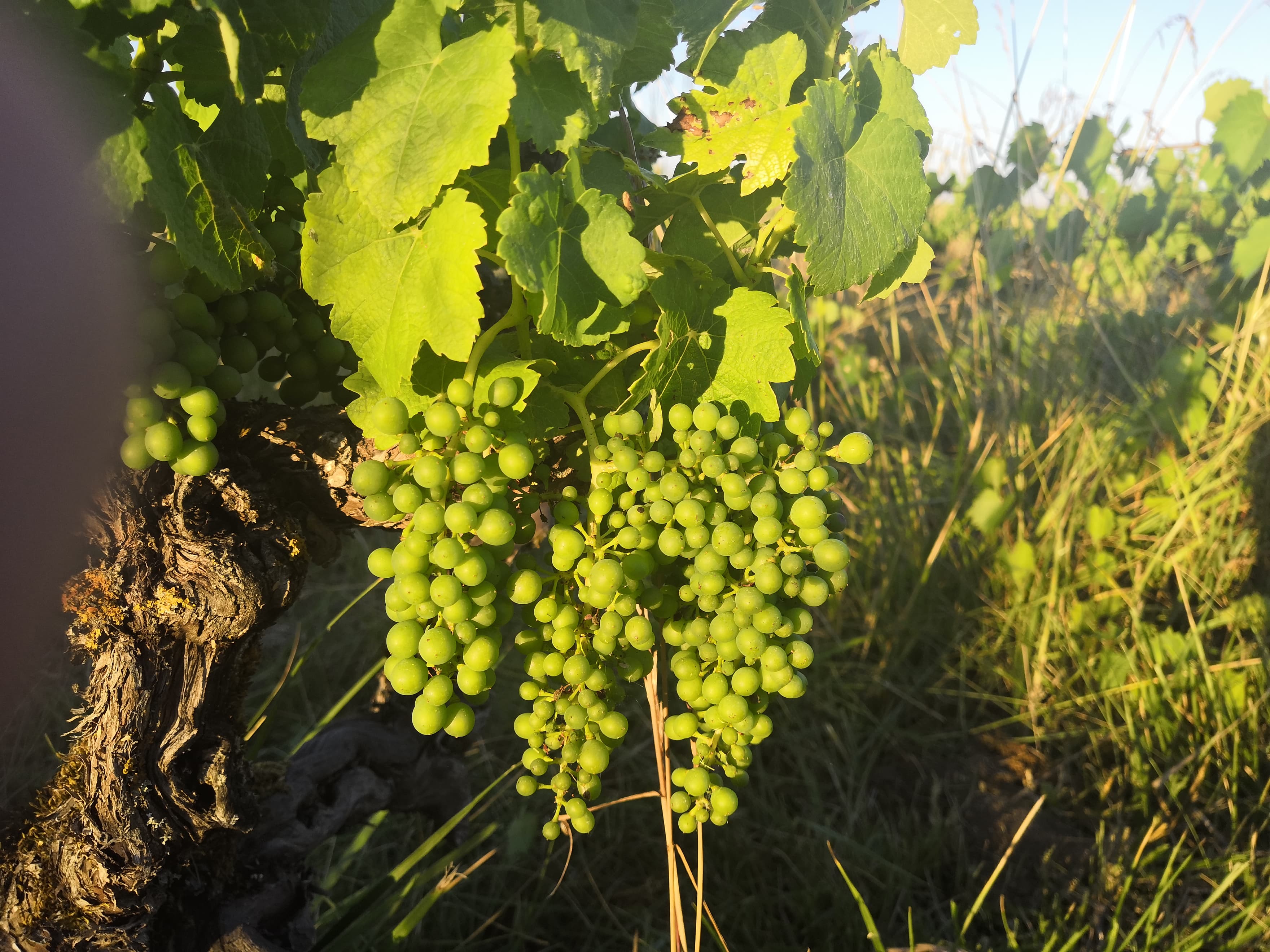 It also offers a special opportunity to reconnect the city with the countryside, offering a chance to interact with nature and escape the city for a few days which, alongside wine-making, is something that is close to Romaric’s heart.

Romaric and Florian are just two of hundreds of young people I have met just this year who, disillusioned by the standard 9-5 and searching for a meaningful answer to our world’s sustainability problems, are searching for that answer in agriculture. But what would possess young people to swap work shoes for wellies, don dungarees instead of suits and picking up pitchforks instead of briefcases?

Inspired by his travels around the vineyards of France with his friend and partner-in-crime, Florian, Romaric set his heart on one day producing his own wine. But, with limited funds, this seemed like a far off dream.

Undeterred, the two decided to search for an opportunity to try their inexperienced but enthusiastic hands at wine-making, and set out to find land. It is then that Florian, in a twist of fate, landed upon a girl who already had an arrangement with a local couple who were no longer able to look after their 3 hectares of vineyards and were looking for a new collaborator to help them look after their land. She had caught a serious case of green fingers after successfully working in their vineyards for number of years, but was ready to move on to greener grass and find somewhere to plant her own vines. 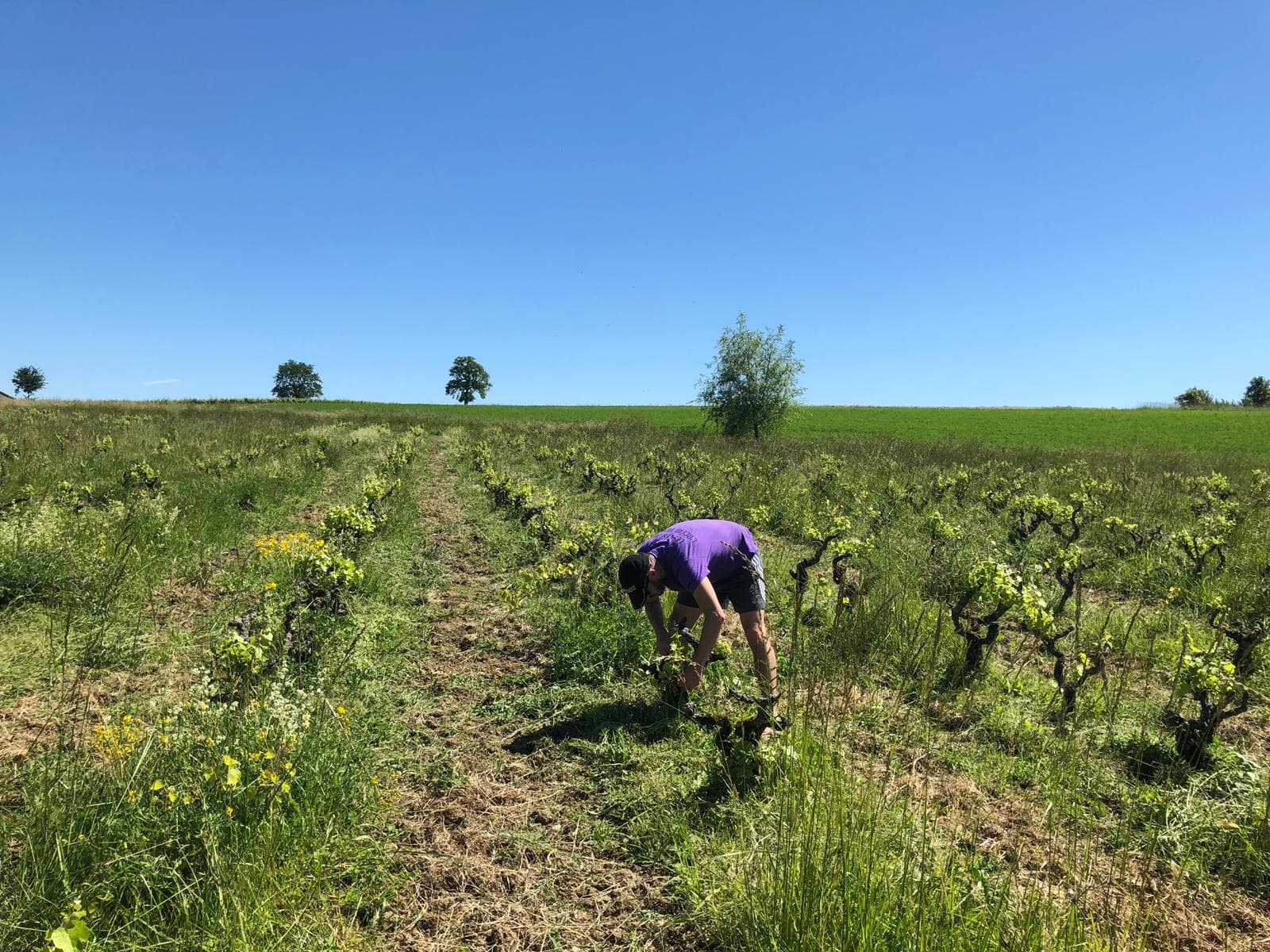 And so Romaric and Florian jumped at the opportunity, and here they are today, successfully managing the couples’ land in a ecologically sensitive way. And this year they have finally achieved their dream of making their own wine and we had the pleasure of sharing one of their own bottles around a barbecue at the vineyards after a long day of weeding.

This is undoubtedly an inspiring story, but is by no means an isolated incident – in fact, this is a trend that can be found increasingly over Europe.

And this couldn’t come sooner. European farmers are an ageing population, with only 7% under the age of 35 and more than half of European farmers set  to retire within 10 years. Many of these ageing farmers have no successors in their family, and have no identified successor outside of it. The question of who is going to be the next generation of European farmers is a pressing one indeed. Who will grow our food? Who will sustain rural economies and communities? Who will maintain open landscapes for everybody to enjoy? 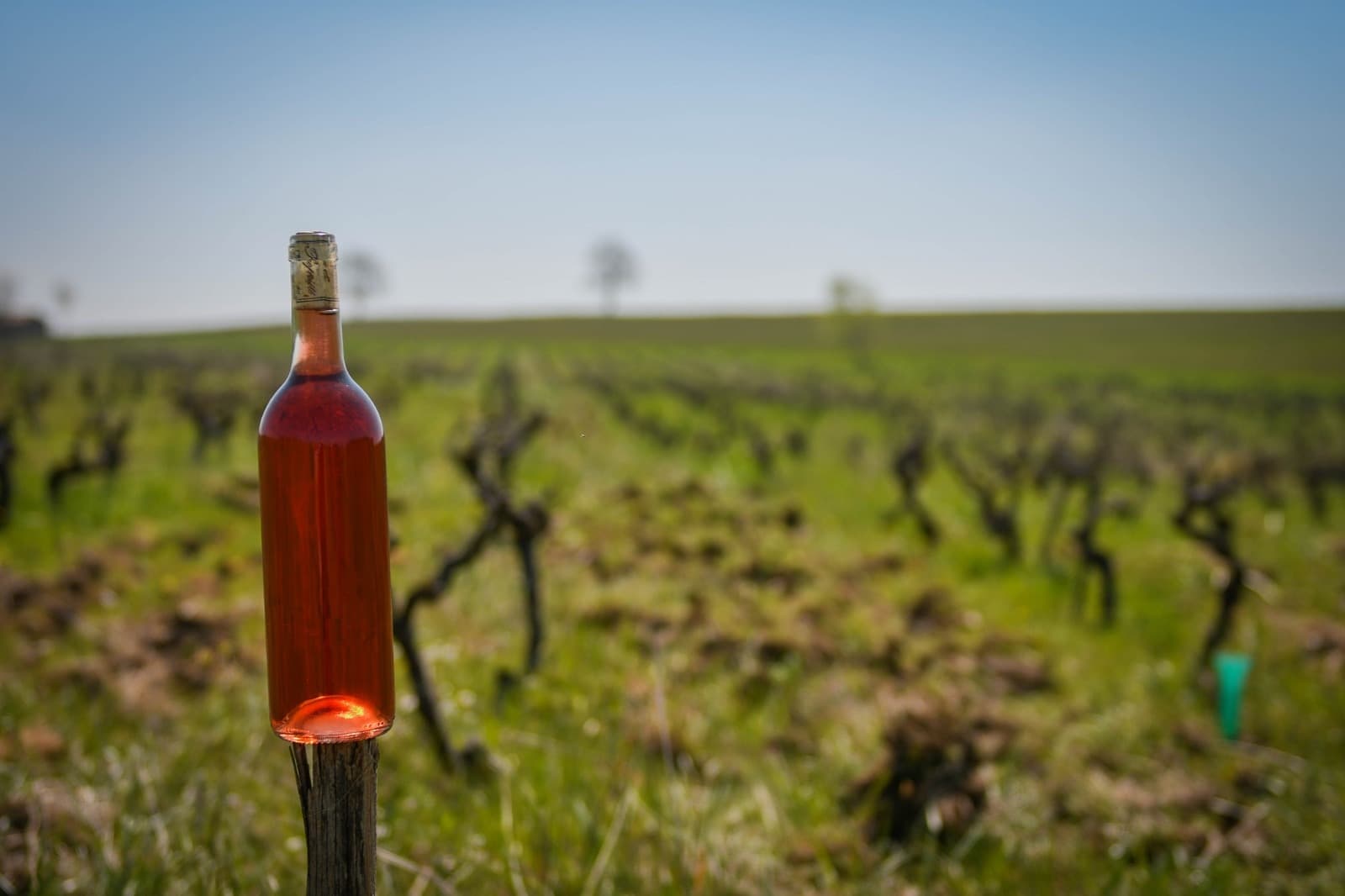 Faced with an ageing farming population, it is true that the European Union is upping it’s game in it’s efforts to encourage young people to take up the baton, offering start up grants and subsidies to help young farmers get off to a strong start.

However, in an EU wide survey of more than 2000 farmers under 40 years old, access to land to buy or to rent was named as the number one barrier to farming, followed by lack of financial support.

So the questions is, could this type of arrangement be the solution to our ageing population? This type of win-win deal could be key to supporting the next generation of European farmers, enhancing the future competitiveness of European agriculture, guaranteeing Europe’s food security for years to come, but also to reviving rural communities and encouraging intergenerational exchange.

At the moment, these kind of deals are usually struck up by word of mouth or by chance encounters, but developing a system matched young farmers-to-be with ageing generations of farmers willing to offer their land could enable thousands of young people to enter farming. 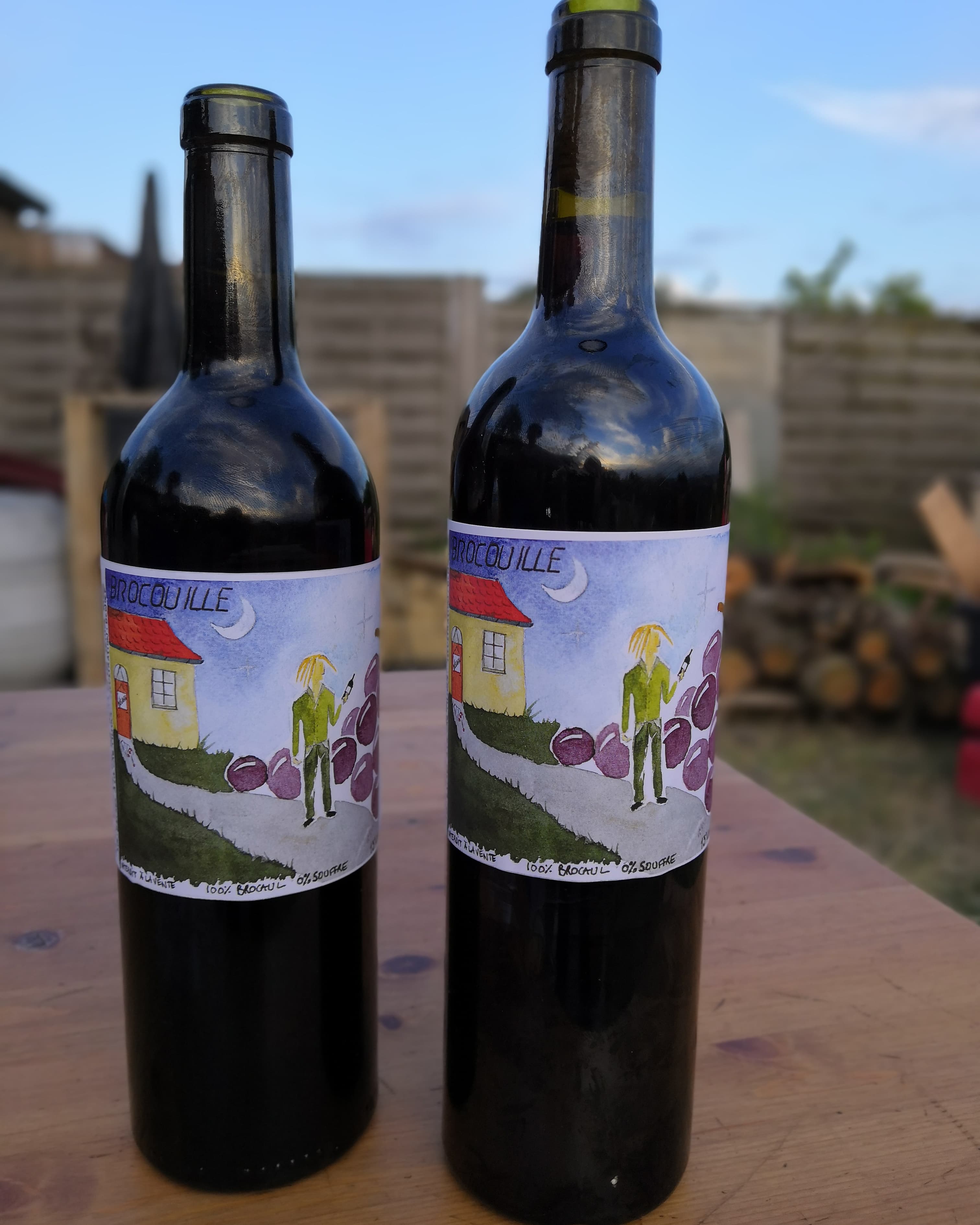 About Natasha Foote 10 Articles
Natasha is currently working as an agrifood and health journalist for the EU media, EURACTIV, where she focuses on EU policy and how this links with issues on the ground. Previously, she worked on a mixed organic farm in the south of France and prior to that Mazi Farm, an agroforestry project in Greece. She holds a BSc in Biological Sciences from the University of Bristol and an MA in Environment, Development and Policy from the University of Sussex, where she worked on food issues and alternative approaches to food production.

What role can education play in the green transition? Educational ecologist Ans Rossy argues that farms can bridge the growing gap between city children and food, farming and nature, and thus pave the way to a sustainable economy. In an interview with Hans Wetzels for ARC2020, Rossy makes a case for forging connections between farms and schools to help the next generation understand the interdependence of ecosystems, to make learning more relevant, and to open up economic opportunities for farmers. […]

A farm hack movement has emerged to really take the power back on the land in rural areas. In France this is especially developed, with L’Atelier Paysan empower farmers, using participatory methods, to devleop appropriate, affordable open sourced tools of the trade, machines and even buildings. Plus they throw great parties. Julien Reynier tells us more. […]

Where Soya has Scale – Ukraine, Big Ag and Land Concentration

The FAO expects former Soviet countries like Ukraine to play an important role in feeding the world the coming decades.  But questions remain about who will benefit from the oncoming agricultural gold rush. […]