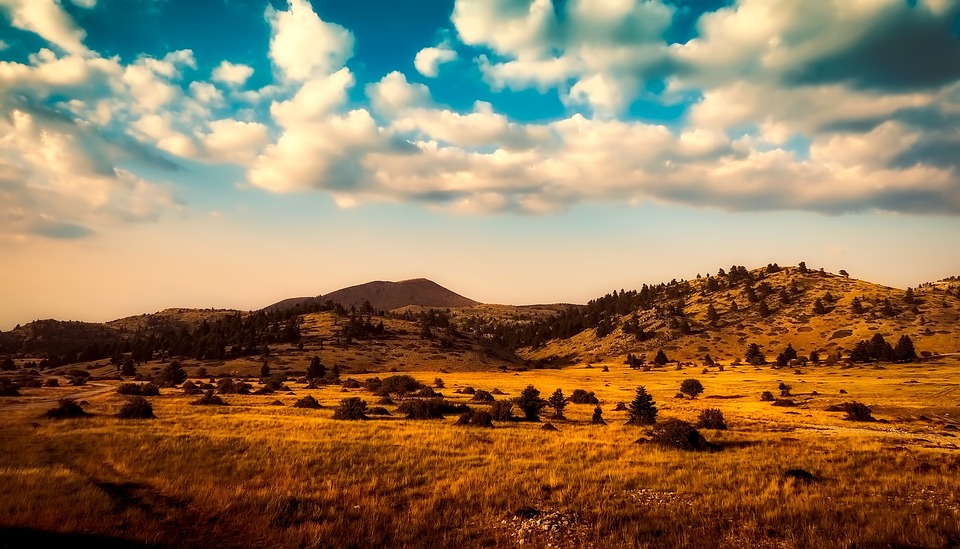 In the wake of the economic crisis and harsh austerity measures that followed, young Greeks flocked to the countryside to take up farming. How are these urban escapees years later?

Sitting in a train between Thessaloniki and Athens can be quite a spectacle. Slowly the vast Macedonian plain makes way for mountain ranges cutting through Greece all the way down to the Aegean Sea. Almost half of the 11 Greeks live in one of those two urban centres.

The land in between has become emptier and emptier, Jenny Gkiougki of the small NGO Agroecopolis says: “Greece is a deserted country. Athens incorporates about half of the country’s population since at least the early eighties. There used to be vibrant rural communities, but they all got destroyed by policies hell-bent on transforming the country into a modern economy.

However, after the economic crisis hit in 2010, young people finally started returning to the land. Many have tried making it as farmers, few did and many came back to the city. Life as a farmer is harder than most people would imagine.”

After the Eurozone crisis hit Greece heavily, the country needed a lot of financial aid not to forfeit on its loans. After making a request for assistance out of the European Stability Mechanism (ESM), the European Union (EU) transferred billions of dollars to the government in Athens. In return Greece had to ‘reform’ its public sector and execute a far-reaching austerity programme. These measures took a heavy toll and plunged the country into deep recession, catapulting unemployment sky-high.

To escape their predicament, young people from the economically drained cities started returning to the countryside – where many of them still had some claim on a piece of ancestral land. After the crisis, the number of first-time applications for EU-farming subsidies doubled. Since then, more and more educated people with an economics degree work on small island farms, while lawyers run olive groves.

From the city, living on a farm seemed like a romantic and fair solution to life’s problems. “But since then, the young people that did not have any smart farming concepts have silently returned to the cities or they have jobs in the tourism sector on the side to supplement their otherwise meagre farm incomes,” Gkiougki says. “Running a farm can be a full time struggle. You have to handle droughts or heavy rains that can destroy the top soil and the infrastructure in rural Greece is often very bad.”

For years now, the unemployment rate in Greece has been the highest of the entire EU. In 2018, youth unemployment even ran up as high as almost 40 percent, Sotiris Koutsomitros of the Panhellenic Young Farmers Association (PYFA) points out. I meet the agricultural consultant in a suburb of Athens called Peristeri. The number of young farmers aged between 18 and 40 years old has risen by 15 percent since the start of the economic crisis. Almost half of all those farm returnees come from city like Athens and Thessaloniki, PYFA calculated.

“There has been a move from the city to rural areas in the first five years after the crisis,” Koutsomitros explains. “But that surge has stopped completely. The main problem is that becoming a farmer was a last resort for most people. Of course, there have been bright examples of people moving back to the villages and making a real business of farming. But at least half of the people that migrated then haven’t remained in rural areas.”

Peristeri is an area where an almost village-like atmosphere goes hand in hand with urban hipness. Koutsomitros grew up in this part of Athens. As a consultant, his main aim is to represent the interests of young farmers at a policy level, he explains.

PYFA has also been providing technical advice to farmers since forming in 1993. Average farm size in Greece is around five hectares. Most young city people still own such a piece of land in their ancestral village, that their grandparents often left uncultivated. Koutsomitros: “But also with some land to start out with, without an economically viable plan there is no way forward. A lot of the farm returnees were motivated by the idea of receiving tens of thousands of euro’s in EU-subsidies. On some touristy islands there might be good opportunities for young farmers for selling fresh produce to hotels. But in other areas they face salinization and bad roads instead.”

Read our agroecology report (2015) in Greek

After the last EU-Memorandum Greece had to privatize a whole bunch of state assets – among which the once public Agricultural Bank of Greece, Jenny Gkiougki adds: “For small farmers is has become increasingly difficult to get credit. At a commercial bank you need lots in collateral to get a loan. So the farm returnees are down to renting land, otherwise their farms will be very small or scattered. If we were to promote agroecology and short supply chains all this could change drastically, of course. But the EU or even PYFA are not committed to promoting real alternatives.”

Difficulties for young farmers get worsened by the EU-policies that forced them back onto the land in the first place, she argues. In 2018 Gkiougkou was co-author of a report Agroecopolis released in cooperation with the Amsterdam-based Transnational Institute (TNI) entitled ‘Democracy Not For Sale: The Struggle for Food Sovereignty in the Age of Austerity in Greece’. In that the authors argue that the three memorandums the Greek government signed with the EU in 2010, 2012 and 2015 contained several austerity measures actually accelerating problems for Greek farmers.

Despite all that there are still chances for young people that want to go into farming in Greece, Gkiougkou stresses: “The people coming into farming from cities are more innovative and radical. As they are more educated they are also closer to agroecology, ecology, climate change and have new ideas about what to produce and how to market it. What is then important is their willingness to learn the skills and knowledge to do farming the right way.”

As rural Europe deals with its challenges and embraces its opportunities, what role for production change and diversification? And what are the key factors involved? SHERPA -Sustainable Hub for Engaging into Rural Policies with Actors – a Horizon 2020 project,  addresses this topic. Key areas highlighted that can lead the process of diversification include entrepeneurship, digitalisation, bioeconomy and the food chain.   […]

Climate Change, rural regeneration and the refugees crisis, inequality and other core issues will be debated in Austria 4-6th November. […]