We have entered ‘the Anthropocene’ according to Professor John Robert McNeil where “human actions has had deep impacts on the basic systems of the Earth. Those systems include such things as climate and biogeochemical cycles”. Livestock agriculture has played a major role in this process and the killing of animals for meat is linked to conflict between humans.

First article: Calculating livestock’s environmental footprint is complex – but other questions are simple.

The story begins just twelve thousand years ago with the Neolithic Agricultural Revolution. It brought exponential population growth and allowed hierarchical societies to develop. Domestication of plants and animals was the key to this new departure for a previously nomadic species.

By the turn of the twentieth century human population stood at one and a half billion and the farming template had already ravaged the earth’s biosphere  – in particular replacing much of the forested areas with grasslands for grazing ruminant livestock that pump methane into the atmosphere. The virtual extinction of the American buffalo was one obvious consequence. This also heightened violence between humans as David Nibert observes in Animal Domestication & Human Violence: Domescration, Capitalism and Global Conflict.

Since then the Green Revolution (c.1930-1960) brought sufficient food for a staggering seven billion with more than half of us (and increasing) living in cities. The use of fossil fuels has been vital for mechanization and in the Haber-Bosch process that brought a seemingly unlimited supply of fertilizer.

Producing more than enough of our staple foods we now feed excess grain to animals that had subsisted mainly on waste products or grasses humans cannot digest. The continued malnutrition of almost a billion people is down to a lack of entitlement, as Amartyra Sen observed, rather than limitations in global supply. Over half of the world’s grain is still fed to other animals and we are experiencing an obesity pandemic.

The system cannot endure as it relies on finite fossil fuels that contribute to the worrying spectre of climate change. Humanity requires a revolution in food production as seismic as any before: shifting from the obsolete models of livestock-agriculture and fossil fuel-agriculture.

Farming must reconcile with Nature through permaculture, but also draw on older methodologies such as crop rotation, integrate food production within cities and drastically expand our range of cultivated crops. This should also give us ample scope for re-wilding many areas which will also benefit humans.

In most regions the cultivation of plant foods by calorie exerts far less pressure on the Earth in terms of carbon emissions, deforestation and species loss. What is more as humanity only belatedly became omnivorous we are well-adapted for plant-based diets as numerous epidemiological studies show.

But why not eat a little meat from animals that are integrated into natural cycles as some have suggested? The answer, I believe, lies in adopting a peaceful relationship with Nature or Pachamama. Domestication has been linked to human conflict throughout history from early cattle raiding to the descent of the Mongol hordes on Europe and the extraordinary expansion of the British Empire. The violence implicit in eating meat is accepted by most religions, and if permitted purification rituals are usually observed.

Shedding crocodile tears over what happens in nature compared to our slaughter methods denies the cooperation that is at the heart of all ecosystems. As a species we can embrace the spirit of cooperation by avoiding the unnecessary killing of more than fifty billion animals each year over the dangerous tendency towards conflict generated by domestication. Otherwise the Anthropocene could be of very short and brutish duration.

Reforming our agriculture and moving from seeing other animals as chattel is a huge cultural and scientific challenge. Fortunately today solutions can be shared easily and rapidly disseminated. The Anthropocene confers great responsibility and ending the violence of animal exploitation can help reconcile us to Nature and reduce our demands on Earth. It is a simple formula: eat plants not animals. 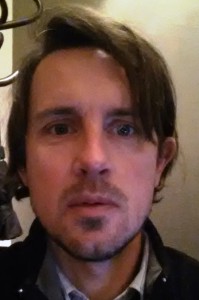 About Frank Armstrong 4 Articles
Frank Armstrong is an Irish writer and teacher currently residing in Dublin, Ireland. He has written on a diverse range of subjects including history, the politics of food and literature for a variety of publications in the UK and Ireland. He taught law in Anglo-American University in Prague and previously in University College Dublin and St. Clare’s Oxford. He is the author of ‘Beef with potatoes: food, agriculture and sustainability in modern Ireland’ from the Proceedings of the Royal Irish Academy (2015).

Livestock management is quietly undergoing a massive transformation. It began in the 1970s when Allan Savory developed Holistic Management, and from there many farmers have continued to refine the art of grazing. […]