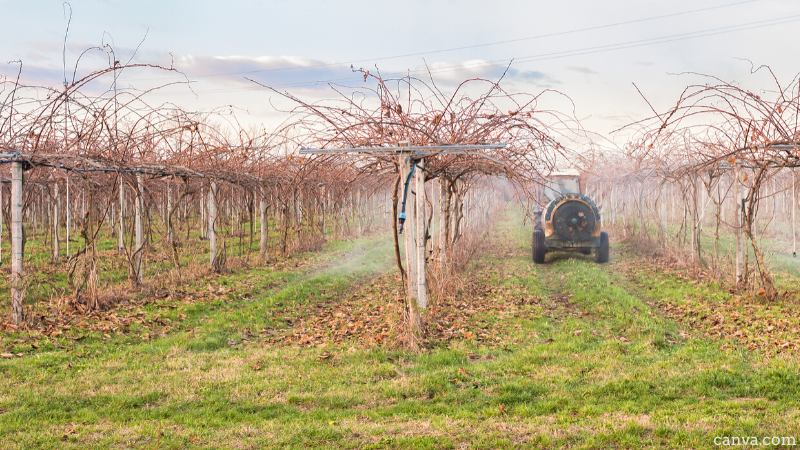 Imagine having a target to reduce pesticide use and risk by 50%, an aim to collect reliable data, the basic groundwork in place to reach it, and then working to make it far harder to actually collect the data to meet this target? Led by a group of 10 member states, the Council of Ministers has adopted a mandate for trilogue negotiations that does just this. Ashley Parsons and Oliver Moore report.

A raft of amendments proposed by the Council of Ministers on how pesticides data is collected would, if adopted, make it far harder to accurately monitor pesticides use at EU level.

The proposed Council changes to the “Statistics on Agricultural Input and Output” (SAIO) regulation would make the Farm to Fork target of a 50% reduction in the use and risk of pesticides by 2030 impossible to accurately measure, while also reducing transparency.

That’s according to two reports released Wednesday, by Client Earth and by Global2000 and Pesticides Action Europe.

(This section updated 14.20 on 04/02/2022) Legislative reform on pesticide data is crucial, as currently, data is vague, inconsistent and imprecise. The SAIO reforms rules – in the pesticide statistics regulation and others, on reporting pesticide use and transmission by member states of that information – is an important Commission proposal to fill data gaps on where, when and how much pesticides are used in Europe.

Changes proposed by the Commission, and mostly accepted or improved upon by the European Parliament, would require Member States to submit annual statistics on pesticide use to the Commission, based on already existing records of pesticides. These mandatory records would be the source data on pesticide information – rather than voluntary surveys – and transmission would be done electronically.

Crucially, these would then be fed in through the performance reporting mechanism  on pesticide use and reduction  under the new CAP, using indicators. A yearly snapshot of pesticide use is essential for the Commission and the public to follow how well member states provide for and fund input reduction measures in their CAP strategic plans. The level of detail is important: existing private schemes e.g. supplying supermarkets already require detailed submission of how much of what pesticide is applied to each parcel of land; yet Member States are reluctant to use the existing framework used or CAP payments, where each agricultural parcel is already identified: the LPIS-GIS (the “land parcel identification system”, part of their already existing “integrated administration and control systems”, the IACS).

However in closed sessions, the Council of Ministers has developed its “Mandate for negotiations with the European Parliament” and proposed significant weakening to SAIO.

Analysis by Client Earth and by Global2000 and Pesticides Action Europe reveals the Council position proposes contain the following areas of concern:

These changes would render “the 50% pesticide-reduction target impossible to measure and therefore pointless” according to Global 2000/PAN Europe. For Client Earth, “if the Council position was to become law it will not be possible to monitor in any meaningful way by 2030” (emphasis in original).

According to Client Earth: “In 2030, when we will be assessing whether the Farm to Fork reduction target of 50% by 2030 has been achieved, it will not be possible to do so. Attempts will be made using unreliable and vague use data based on voluntary surveys carried out only one year out of five, on some crops, that will differ from one country to the next. We will then have to rely on sales data that do not show what pesticides were actually used in practice each year, on which crops and which areas. Sales data do not show for example pesticides that are imported even though this is very common especially in border regions. This will be the result of this reform, despite the wide recognition that precise yearly data on pesticides use is lacking and necessary”.

In France, these changes would reduce the quality of the member states existing pesticide data collection. According to François Veillerette, spokesperson for Générations Futures, at least when it comes to sales figures, “If these resolutions pass, it will be a step backwards for France, where we already report annual data by [pesticide] product, and even by zip code.”

There is still time to recover the legislation and reach the 50% pesticide reduction targets. With trilogue having begun on 3rd February, Global2000 and Pan-Europe “ask the Parliament, Council and Commission to take into account the importance of accurate and comparable annual data on pesticide use and to work constructively to achieve an effective SAIO Regulation which is fully integrated into other EU policies.”

Further “We therefore call on the Council to ensure in the upcoming trilogue negotiations that the reduction in pesticide use is measured every year, that these data are collected from farmers’ records and submitted in electronic form, and that they are then published at a meaningful level of detail in line with the public’s existing right to receive information on emissions.”

Much has been made of the importance of precise, comparable data and of digitisation in the CAP and in EU policy more generally. The Commission and Parliament have made an attempt, with their proposals for changes to pesticide data collection, to regularise the statistics available for Eurostat. While there are always concerns about the uses digital data is put to, and of the burden on small producers especially, there are methods that can help with digital security – and this does not appear to be the main concern of the Council in any case. Moreover, sales stats are also being made harder to use robustly in the Council proposal. And with pesticide stats being collected since 2011 anyway, digitising then, if thought out properly, could also reduce paperwork and burdens.

Indeed, according to Client Earth’s analysis (pg 13), “if the records are not collected systematically and the data are not published at a meaningful level of detail in application of the new rules on statistics, they will have to be collected and disclosed anyway following individual access to document requests”…. the Council proposals “will only increase the amount of access to document requests and make it more difficult in practice for public authorities.”

Without time-consistent, comparable, regularised data, it’s impossible to even know the scale of the task of pesticide reduction – which is, it must be remembered, a societal need, given the biodiversity crisis.

However, as with CAP, when it comes to making changes in Statistics on Agricultural Input and Output (SAIO), we see the Ministers adopting a negotiating mandate which reinforces business-as-usual, one which avoids grasping and starting to deal with the true scale of the biodiversity crisis. Digitalisation is fine as a top priority under the French Presidency, and the Green Deal is fine in recitals, but when it gets down and dirty, and into the details, national Ag Ministers know just what to do, and for who.

As people wind down towards the holidays, DGAGRI pulls a fast one […]