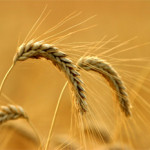 Monsanto’s Roundup® products are the most-used herbicides worldwide. The products contain the active ingredient glyphosate which radically affects the metabolism of plants and prevents the synthesis of essential amino acids. It is a systemic poison that affects almost all green plants: the time it takes a plant to die, reflecting its metabolic rate. Based on this effect, Monsanto have been advertising for the cultivation of genetically modified crops like corn, soybeans and canola that have been made resistant to glyphosate. These crops continue to be marketed as products that have low environmental impact, causing no harm to animals or humans.

Environmentalists, veterinarians, medical doctors and scientists are increasingly warning of the dangers of glyphosate to the animal and human food chain, and the environment. The detection of glyphosate in the bodies of animals and humans is raising very serious concerns. Whilst trying to determine the cause of serious diseases amongst livestock in northern Germany, especially in cattle, scientists have repeatedly found glyphosate in urine, faeces and feed. More worryingly, the urine of the affected farmers also tested positive for glyphosate. Individuals such as journalists and lawyers in Berlin and Leipzig, who had no dealings with glyphosate products, were also tested. Glyphosate was detected in all the urine samples taken in December 2011. Even the samples of those who had only been eating organic products for years tested positive. The values ranged from 0.5 to 2 ng / ml. None of the examinees had had direct contact with farming.

Glyphosate is increasingly suspected to impair fertility and embryonic development of humans and animals. For example, fertility problems have been observed in cattle. In addition, people who suffer from certain types of lymphatic cancers have been found to be at higher risk of developing skin cancer if glyphosate is in their system. Glyphosate in the digestive tract of animals and humans is essentially a time bomb that can be triggered by other disorders such as stress or poor diet.

We need to ask ourselves what our health is worth and whether we and our children are to continue taking in more and more glyphosate every day. No farmer should be forced to use Roundup® products. The poisoning of the environment for the benefit of high profits for a few individuals has no long-term outlook. It is up to consumers, farmers and the responsible agencies in governments to decide whether glyphosate should continue to build up in our environment. We should learn to live with nature instead of poisoning it.

To learn more or take action, please see the links below for the Ithaka-Journal und zum Ökoinstitut München below:

The Farm to Fork strategy aspires to fix our broken food systems while advancing the EU’s sustainability goals. In this three-part series we hear what environmental, health and farming organisations have to say about Farm to Fork so far. Here, Natasha Foote reports on some of the key voices in the health sector to bring us their take on the strategy as it currently stands. […]