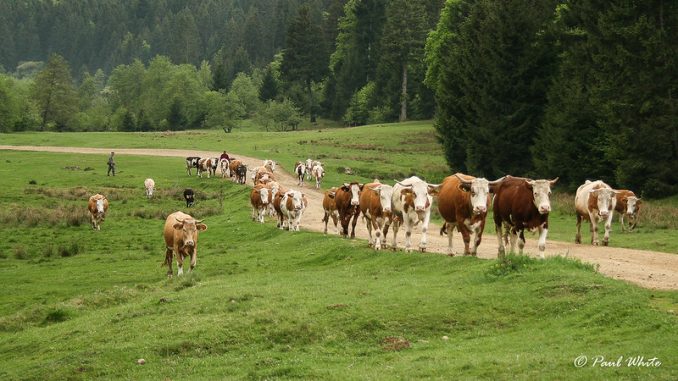 In Transylvania villages, families will often own a cow or two. The day begins with neighbours taking turns to usher the cows out to the common meadows around the village, where they graze on tasty grass under the watchful eye of local herdsmen and their dogs. Come evening time the cows make their own way home for milking. Photo essay by Paul White. 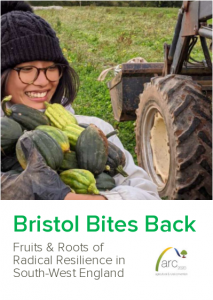 Have you heard the phrase “until the cows come home” or “til the cows come home”? The possible origins of use are discussed here on the ‘English Language & Usage Stack Exchange‘ and I can confirm that at least one of the possibilities is factual and lives on in Transylvania to this day. “Cows return to their barn for milking at a given time late each night.” Maybe not late each night because of the threat posed by wolves and bears, but certainly each evening between 6-8pm.

As part of everyday life in a Transylvanian village, there are a number of chores that have to be completed before leaving home to work in the fields. Not only do the livestock need feeding, but the family does too. Then the cows are let out of their stalls and released onto the street. The neighbours take it in turn to shuffle and encourage the cows along from one meeting point to the next. The herd gradually gathers in size, until they reach local meadow herders. 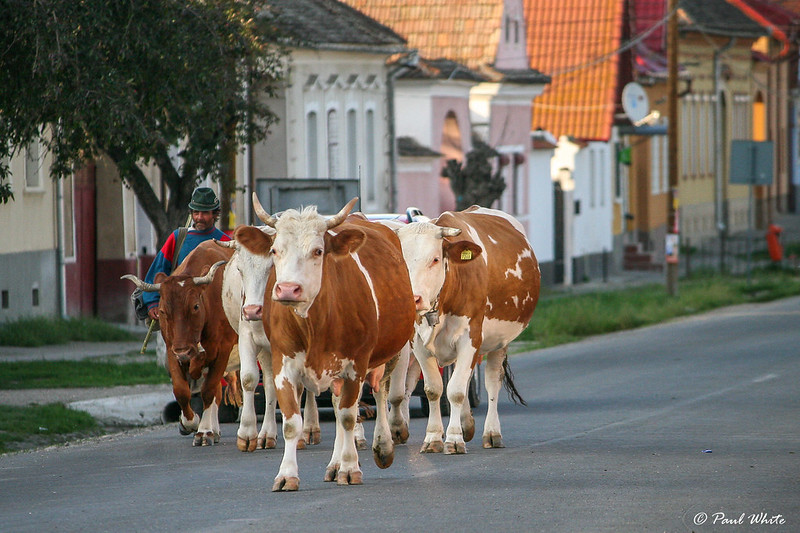 Herdsmen and their dogs are responsible for the safety of these cows by preventing depredation by wolves and bears that live in the forests surrounding the meadows. They stay with them from early morning until they return them to the village in the evening. This is how the herdsmen make their living with each villager paying them a fee for looking after their cow or cows during the day whilst they graze. These common meadows that surround the village offer high quality meadow grass and negates the need for individual residents to own or rent land to graze their cows and provides employment for several herdsmen. 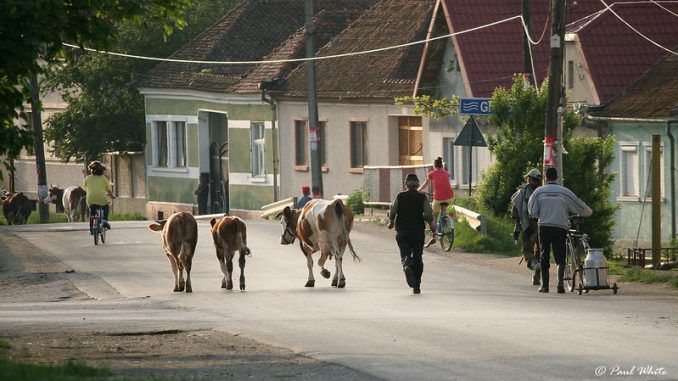 For outsiders looking in, the big spectacle of the day is watching the cows returning home in the evening. There are differences in the level of supervision required from one village to another, which really depends on the quantity of traffic. The road network in recent years has been significantly upgraded (with EU funding), making some roads too fast and dangerous to cross with unsupervised livestock. Unfortunately this has led to many abandoning this centuries old practice. 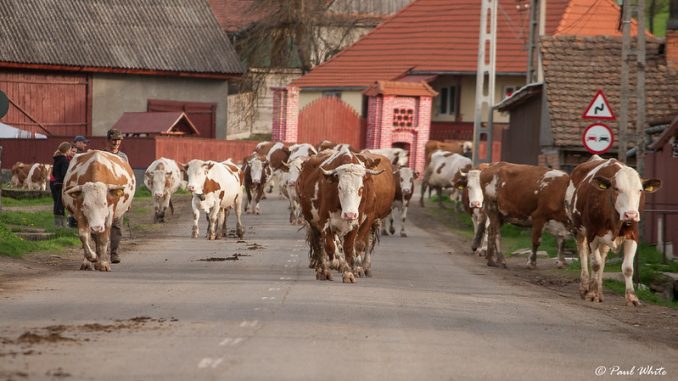 Herders return cows to the periphery of the village where they are left to find their own way home. This is taught from a young age, following their mothers to pasture for the first few weeks until they can return alone. 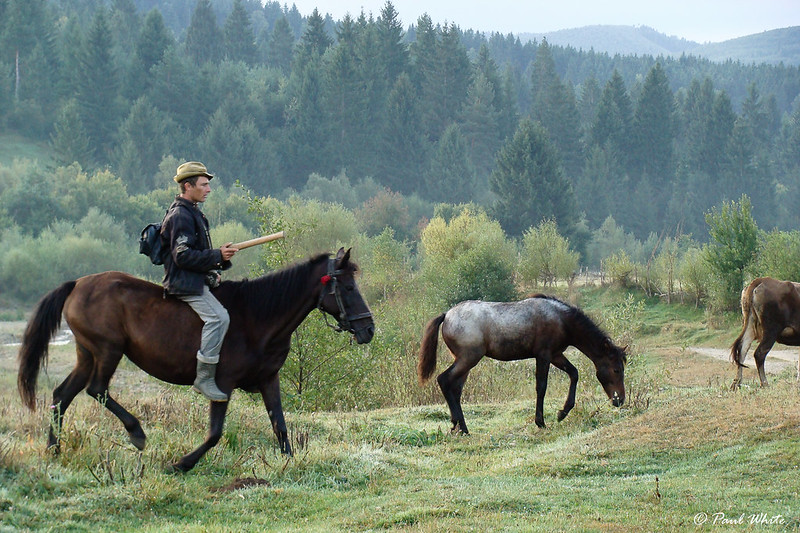 When each cow arrives home they usually stand outside the gate until someone lets them in. If the owner forgets, the cow will either wait patiently nibbling on the grass verge, or they will “moo” until the owner hears them and lets them in.

Cows usually drink some water on return before settling into their stall for the night, munching on hay while milking takes place. This is usually performed by hand sitting on a milking stool.

This article was originally published on Wild Transylvania.

Every year since 2004, Roşia Montană has hosted the FânFest (The Hay Festival). […]