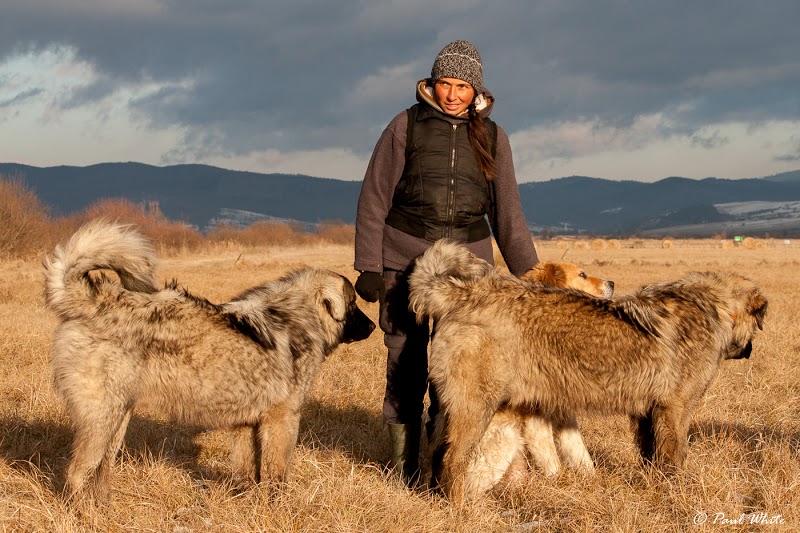 What would you consider to be an acceptable level of personal risk for you and your family in livestock farming? Imagine life in a small caravan with two young children on the edge of wilderness where wolves and bears freely roam. Imagine these same apex predators testing your ability to protect your flock at night whilst you are trying to sleep. This is the constant reality for a young family trying to make a living from their land in Transylvania. Photo essay by Paul White.

We went for a drive on agricultural fields between our village and the next when we met Melinda tending her flock. We were looking for wolves and bears that had recently been spotted by local villagers and asked Melinda if she had seen them. She said their livestock guardian dogs have confrontations with bears several times a week and they were visited by two wolves just the night before.

Thankfully their guardian dogs prevented any livestock depredations and the dogs suffered no injuries from the wolves either. In fact they’ve had no livestock losses to predators at all this year, which is an impressive record considering the frequency of contacts.

Meeting Melinda was a unique experience for us as she is the first shepherdess we’ve met and the first shepherd that speaks English. Her partner Tibor had just gone to a local village with their two young children for food supplies so we arranged to return the next day to meet them too. 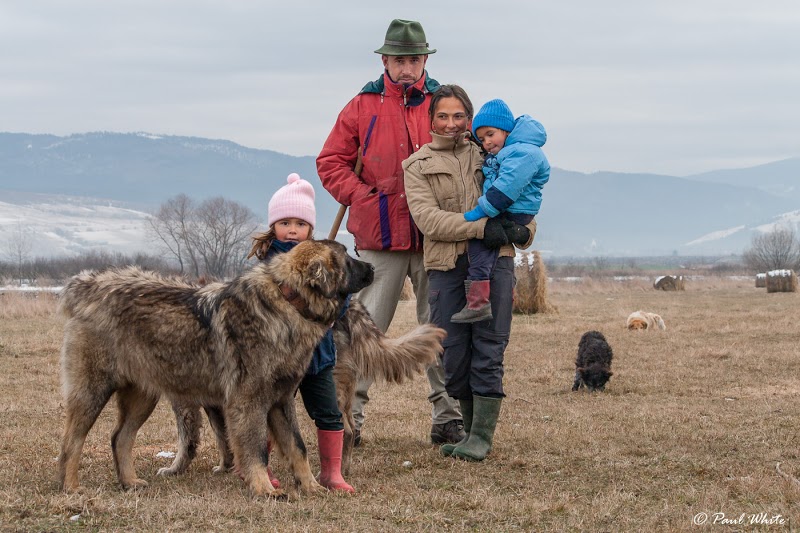 When we met Tibor, he explained that they have to be constantly vigilant to successfully coexist with apex predators and they’ve had some hard lessons to learn on this journey. Like the time in 2015 when they lost fifteen sheep to wolves in one night. They hired someone to look after their livestock, but for some unknown reason this person tethered the dogs, so they were unable to freely roam and repel the wolves that came under the cover of darkness.

Because of the presence of so many predators, it’s common practice for shepherds to maintain a physical presence 24/7 to support their dogs in case of attack. Just this week three bears attempted to enter their flock but were successfully repelled. Incredibly Tibor managed to record some of this contact on his mobile phone.

Staying on site with their sheep and goats graze requires the family to sleep in a caravan. From this temporary dwelling they can hear and see most of what goes on and quickly get outside to support their dogs when predators attack. Both of their children, Todor and Melinda are resilient kids and are learning fast about the environment and nature that surrounds them. They also have a special bond with the livestock guardian dogs that protect their flock. 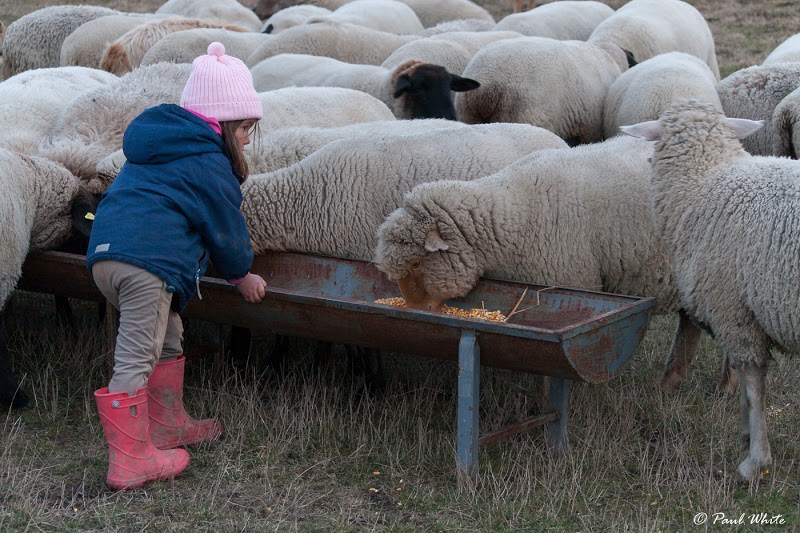 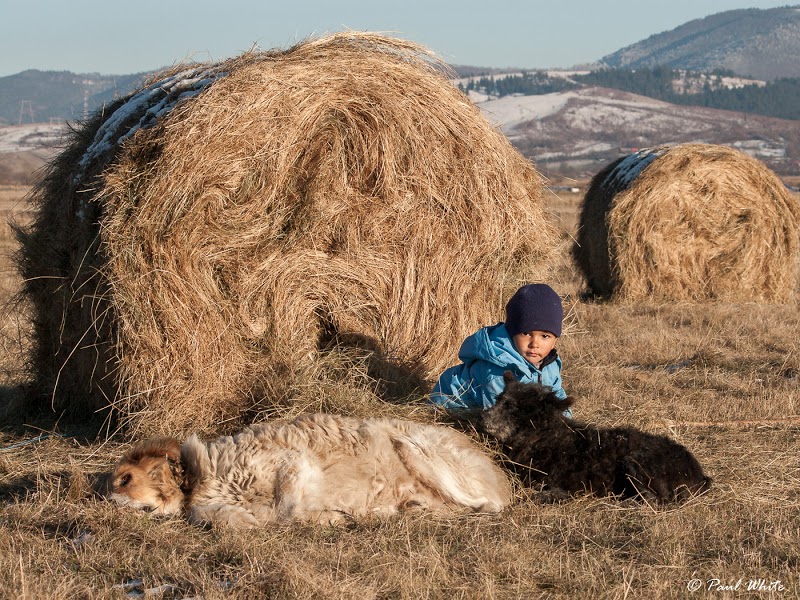 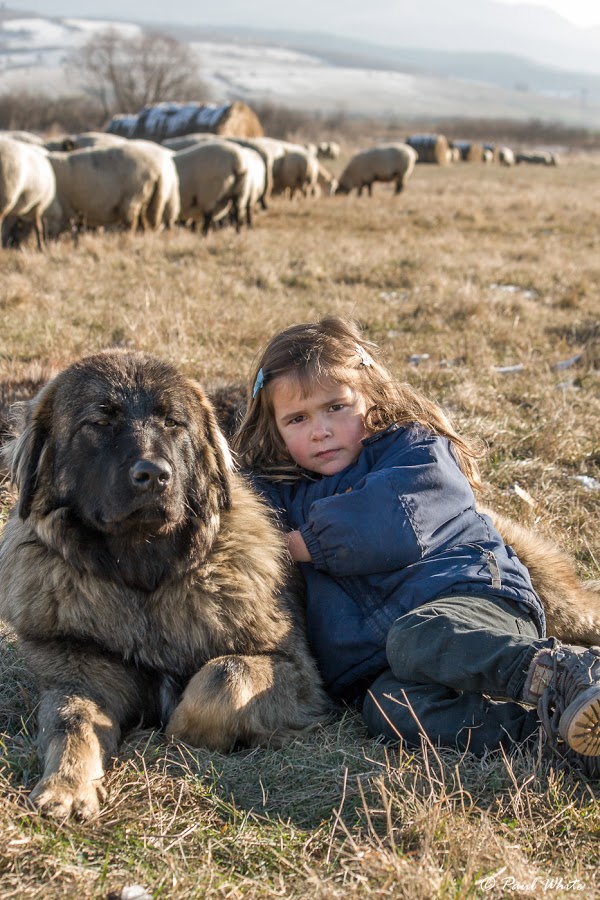 Most shepherds that I meet in the mountains practice seasonal transhumance, a nomadic style of grazing which starts in Spring in the lower valleys, then moving through forests to higher pastures during the summer. Transhumance shepherds produce milk, cheese, meat and wool and here in Covasna county they prefer a hardy breed of sheep called ‘Cigája’.

The difference with Tibor and Melinda is that they are static shepherds breeding a meat breed of sheep that was originally developed in the UK called the ‘Suffolk’. They own and rent fields and rotate graze their flock throughout the growing season, turning to hay and corn during the winter. Most of the sheep they sell are bought by other shepherds wanting to strengthen the genes of their own flocks. Apparently many cross their ‘Suffolks’ with ‘Cigája’ (local breed) to produce sheep that can be used for milk and meat. 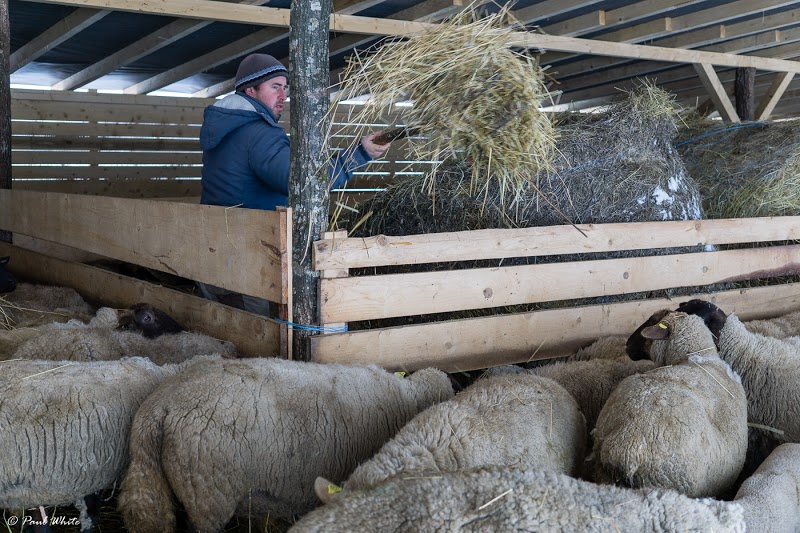 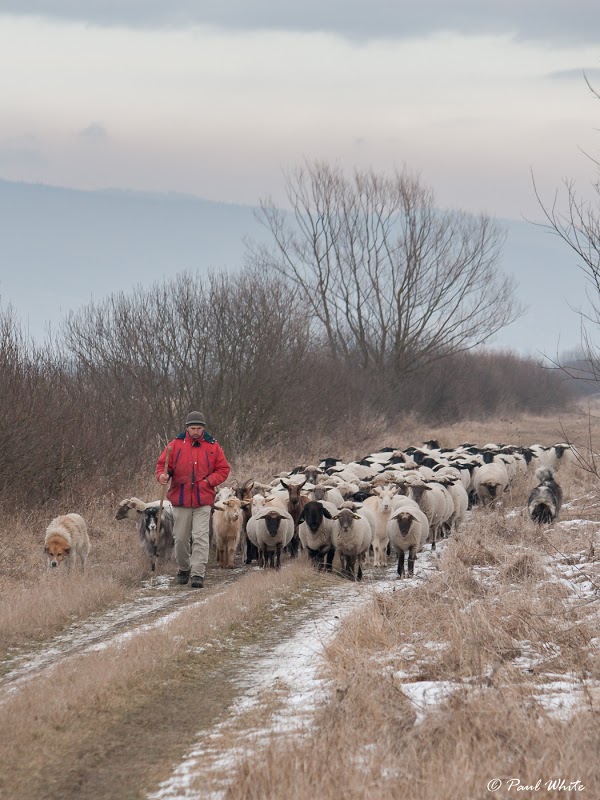 So why do bears and wolves leave the forest where they are most comfortable and roam agricultural fields? Tibor said the bears are initially attracted to the fields where maize is grown. He said bears will gorge themselves for hours, hidden amongst the tall stems of the crop. You can always tell when a bear has been eating maize just by looking at their scat. I took the photo below on the track that leads me to Tibor’s land. 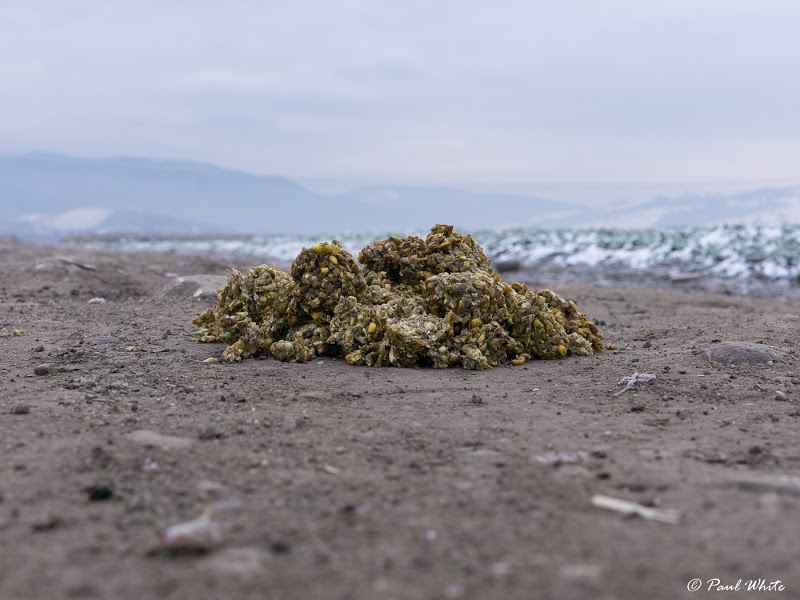 Once the maize is harvested, bears usually return to the forest for their ‘winter sleep’. However, several individuals have remained in the fields and have now turned their attention to livestock. 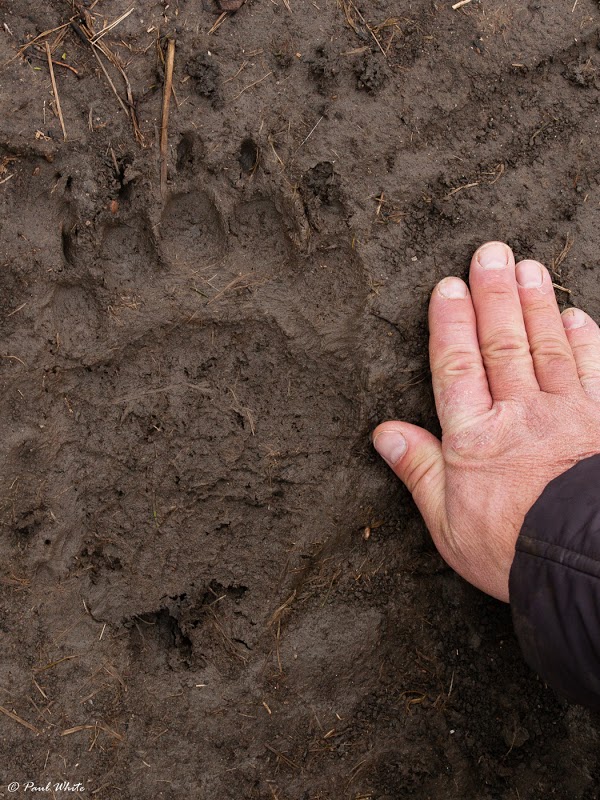 There had been contact between Tibor’s dogs and an unknown predator a couple of nights before so we decided to investigate. We found the tracks of a large bear which we followed across neighbouring fields that led us all the way back to within 200 metres of his sheepfold. We found no evidence that the raid had been successful but Tibor’s concern was that if just one sheep was taken, the bear would be back for more.

Wolves are attracted to the fields for natural prey such as roe deer and rodents, but they are opportunistic hunters and will take livestock if inadequately protected. Even when guardian dogs are present, wolves will test their defences by sending in a lone wolf as a decoy to draw the dogs away from the flock allowing the rest of the pack to take sheep. Tibor said his dogs are aware of this tactic and two dogs remain with his flock whilst the other seven confront any predators. 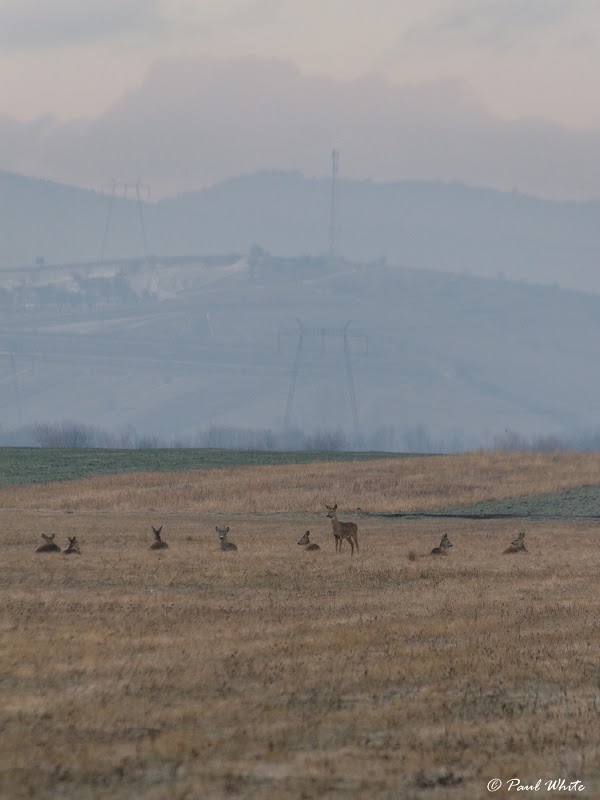 I often see Roe deer when cycling across local fields. They prefer to rest in the centre of harvested fields, giving themselves maximum visibility and time to respond when predators approach them. You can see the forest beyond (in the photos above and below) where bears and wolves come from and return to. 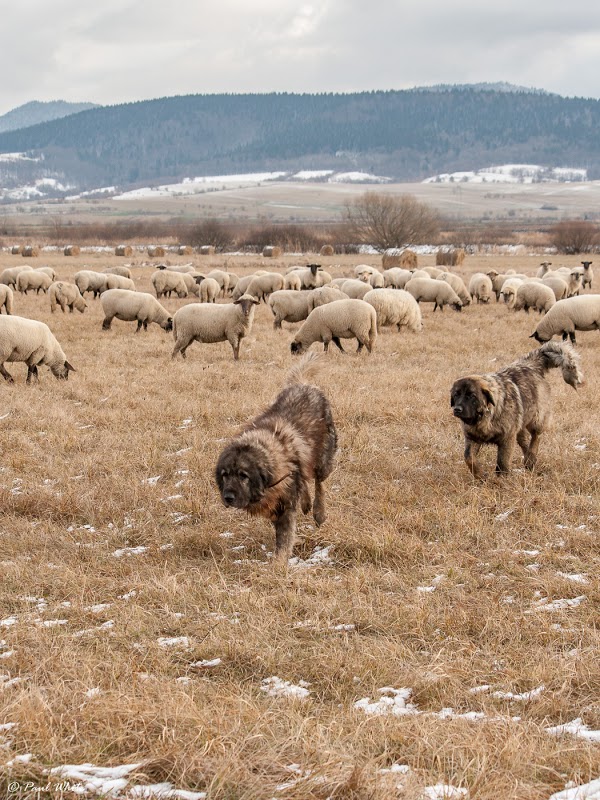 They did a lot of research before deciding which dogs to buy and believe Šarplaninac’s suit their needs best, fierce and fearless when confronting wolves and bears but calm, loyal and gentle with their human family.

There are few options to buy Šarplaninac puppies in Romania so Tibor travelled abroad to buy Bronson (above, left). He was a good choice and became the alpha male of the pack. He’s ten years old now but remains a force to be reckoned with.

Play is very important for young livestock guardian dogs and this sharpens and refines their reactions when dealing with predators. Penge and Vihar (below) are eleven month old brothers. 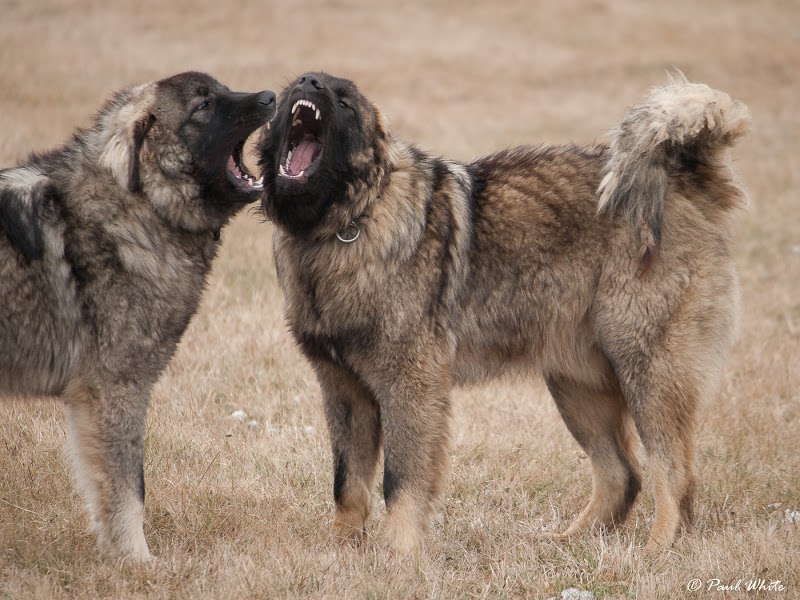 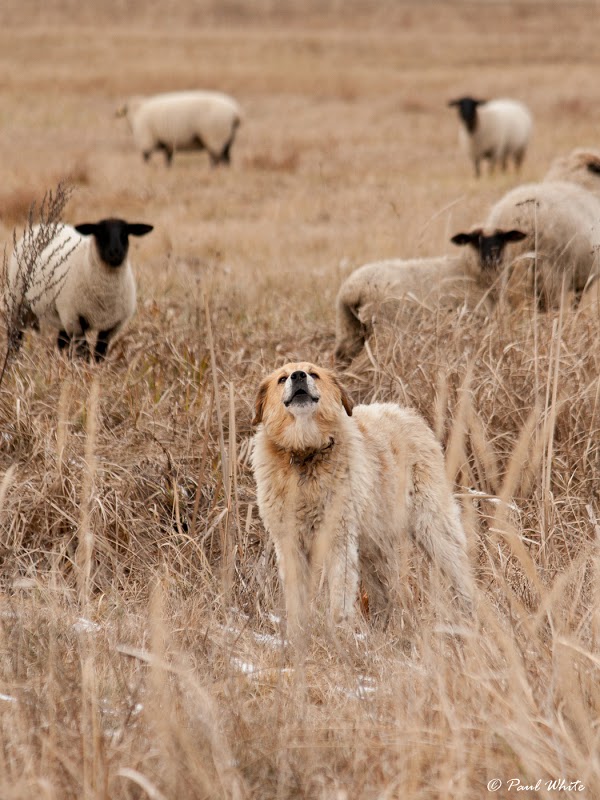 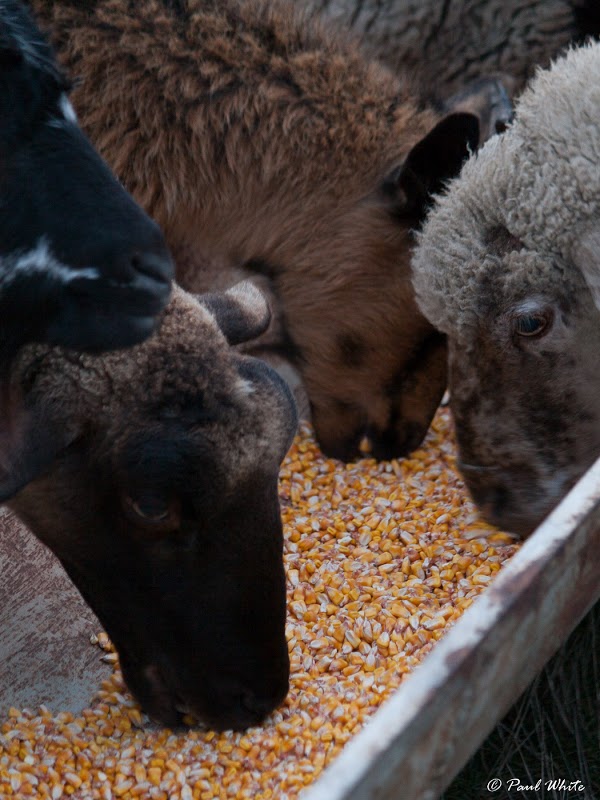 I have only ever seen livestock guardian dogs used in Romania for the sole purpose of protecting livestock. They are specialised dogs that have a strong protective instinct, but they don’t drive sheep like the much smaller border collies that I’m used to seeing back home in the UK. Tibor was the first shepherd that I’ve met that uses a combination of LGD’s along with a Mudi, an ancient Hungarian sheep driving breed. 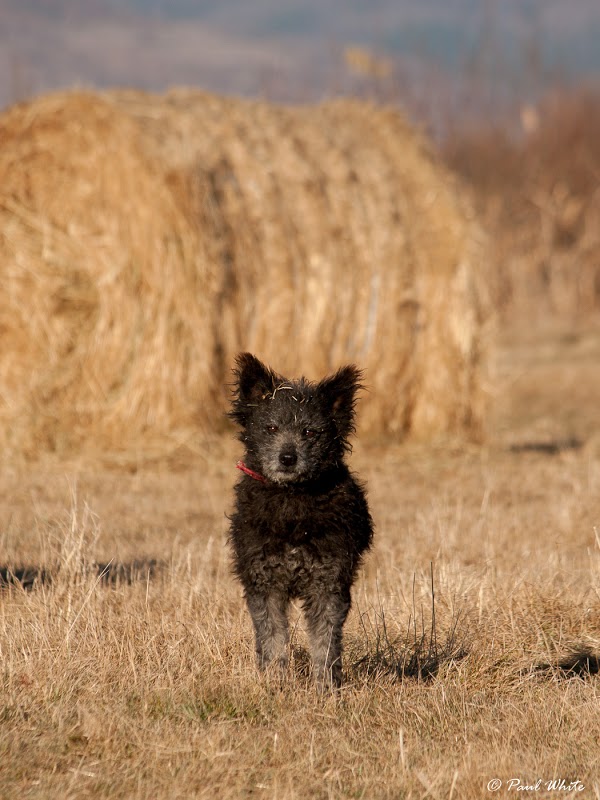 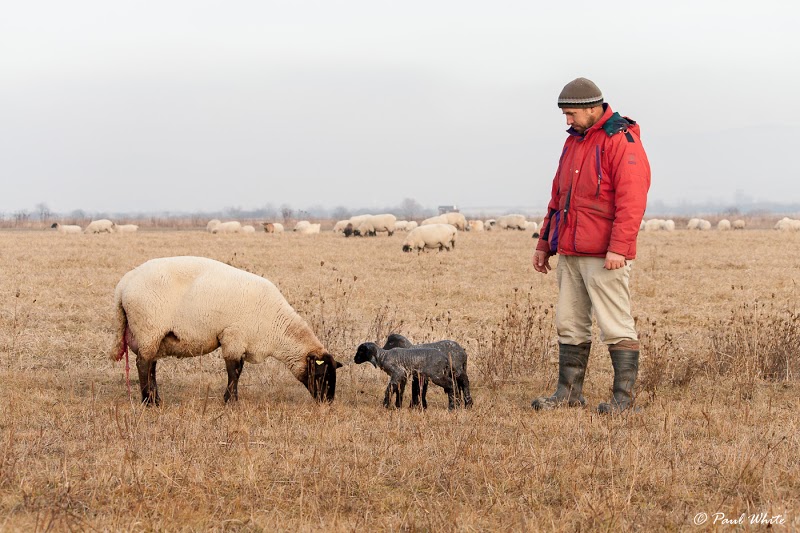 Coexistence with large predators has always been a day to day reality of agricultural in Romania, allowing people to make a living from the land whilst retaining the environmental benefits that predators bring to local biological diversity. In many countries this tolerance was lost and led to widespread predator irradiation along with the ‘knowledge’ of how to protect livestock from depredation. This has led to an insidious decline in environmental health with the loss of many plant, insect, mammal and bird species. I know there many rewilding and agriwilding initiatives going on right now to redress this imbalance which I thoroughly encourage and support.

Meeting a young couple such as Tibor and Melinda gives me a lot of hope and encouragement, as it is more common these days to see old shepherds with this ‘knowledge’ retire from the land without replacements to follow in their footsteps. To see them work alongside their children is inspiring, as they are learning about nature and farming everyday.
This lifestyle is not for everyone as many would find the risks from living in close proximity to bears too high, but Tibor is mitigating those risks with dedicated and willing livestock guardian dogs which are equally protective and loyal to their human family.
This article was originally published on Wild Transylvania.

In the midst of the coronavirus pandemic, our creaking food systems have triggered a crisis within a crisis. Covid-19 has sounded the alarm on the planet’s unsustainable agricultural systems. Small-scale farms are vital links in the resilient local supply chains we need to build. But in the Czech Republic small farmers face challenges, and a six-week closure of farmers markets has hit hard. Louise Kelleher reports. […]

Welcome to the Burren in the West of Ireland, where Shane Casey’s family have been farming Blackhead mountain for some two hundred years. Here, the unique limestone landscape requires a unique way of farming. Traditions are passed down through many generations of Burren farmers to maintain the critical symbiotic relationship between farming and conservation. In his first Letter From The Farm, Shane takes us through farming in the Burren, past and present. […]