Gianluca Brunori heads a new consortium funded under Horizon2020, called DESIRA**. DESIRA stands for Digitisation: Economic and Social Impacts in Rural Areas. 25 organisations will work together on the project until 2023, where the effects of digitalisation* will be assessed. Here he outlines the context for the DESIRA project. He argues that access, design and complexity are three conditions that define how rural digitalisation is unfolding, and if it is in line with the sustainable development goals. To this end, the DESIRA consortium will employ RRI – Responsible Research and Innovation approach and methods – to help improve the capacity of society and of political bodies to respond to the challenges that digitalisation generates in rural areas, agriculture and forestry.

Digitalisation has shaped the so-called ‘third industrial revolution’ and is leading to the fourth industrial revolution, based on Internet of Things (IoT) and Artificial Intelligence (AI). According a growing literature, IoT and AI will allow remote (or even self-) control of production, processing and logistic operations: swarms of drones and sensor networks will monitor the agri-environment and provide early warning signals for management; smart devices connected to huge databases will save resource use; distributed ledgers will secure transactions and allow full traceability along the chain; and 3D printing will relocalise processing capacity.

ICT applications will also enable circular agriculture and forestry concepts. Rural community problems such as mobility, access to market, resource management, health and social services, and education might be solved through a distributed use of data and devices, improving communication with service providers and local administrations.

Indeed, new digital technologies are “game changers”, as they deeply reconfigure routines, rules, actors and artifacts that constitute business models, consumption and shopping styles, service provision, as well as learning processes and innovation. Digitalisation has deep repercussions on people’s lives, generating winners (who benefit from the change), losers (who are marginalised by the changes), and opponents (who resist and elaborate alternative rules of the game).

The contribution of digitalisation to Sustainable Development Goals, and the distribution between winners, losers and opponents, will depend on three different sets of conditions. 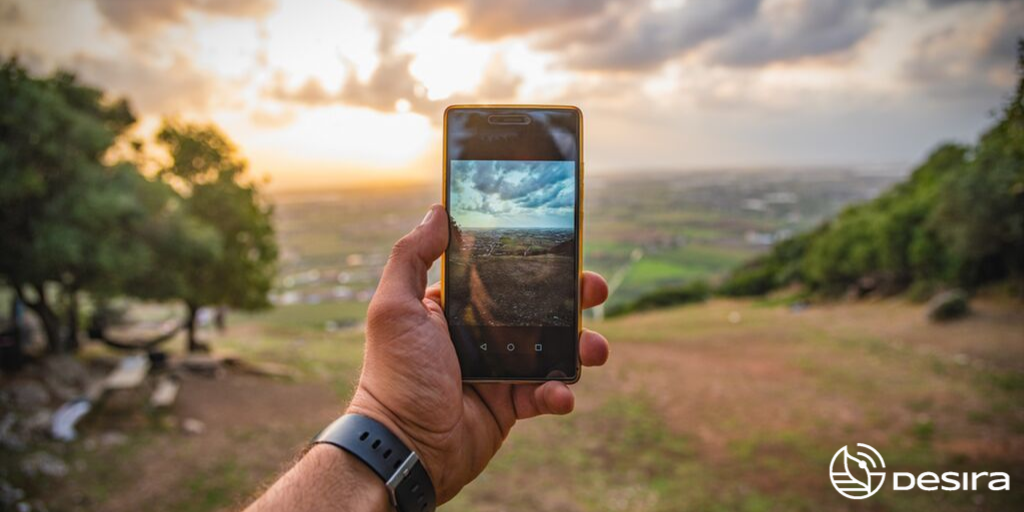 The first condition relates to the distribution of physical, social and human capital necessary to get access to digital opportunities. Non-adoption or late adoption may enlarge the gulf between social groups and territories, generating social and economic marginalisation. This type of threat is known as the digital divide. Agriculture and rural areas are domains where the digital divide has a high level of incidence. In rural areas, the risks of negative impacts are higher than in urban areas, as there are infrastructural, social and human capital reasons that contribute to create a deep digital divide between territories.

The second type of conditions is related to the design of ICT solutions and to the changes (work, consumption, house life, care) they aim to generate. Robots are designed to reduce labour costs, e-commerce is designed to allow consumers to buy while staying at home. In this case, winners and losers are consequences of the unequal distribution of power and risks generated by the innovation itself. We can call them design-related risks. In this category fall issues such as obsolescence of human skills (and consequent losses of jobs), threat to privacy, surveillance, discrimination based on profiling, concentration of data ownership.

Digital design-related risks. According to a recent research, 9 % of all jobs across OECD countries are automatable. According to Frey and Osborne, the ‘probability of computerisation’ varies from sector to sector, being high (and affecting about 47% of present jobs) in sectors highly dependent on office and administrative support, sales and related, transportation and material moving.

A third set of conditions is related to the system complexity that digitalisation generates. The more and more data, digital platforms, applications, tools and controls permeate our lives, the more legal and organisational skills, as well as leadership and social adaptation are required. The more the system is ready to adaptation, the better the outcomes of innovation. Failure of adaptation may generate unintended socio-economic consequences, which we may call digital traps. Examples of this are information overload, digital addiction, virality of fake news, cyberbullying, cybercrime, loss of human control of machines.

System complexity and digital traps. The speed with which information can spread though social networks may be a cause of social pathologies. “At least two dozen innocent people have been lynched in India this year after bogus rumors warning of child abductors went viral on WhatsApp” (The Economist, 28th Jul 2018).

To reap the benefits of digitalisation while minimising its costs, these conditions need to be governed. The key to success in this endeavor is to understand the mutual influences between technological systems and social organisation. Technological systems can be designed with an awareness of possible unintended consequences built in, and legal and social systems can anticipate these consequences and improve their adaptive capacity. 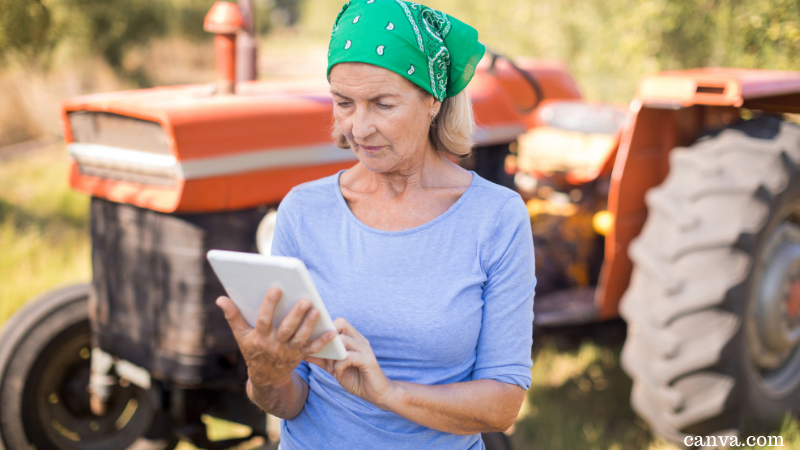 There is evidence that the European Commission is at aware of this problem. The Horizon 2020 RUR-02 call represents a unique opportunity to strengthen and promote the RRI approach and its methods by filling the knowledge gaps on digitalisation in agriculture and rural areas. In responding to the call, we built a team for the DESIRA consortium, to follow the four principles of RRI: Inclusiveness, Openness and Transparency, Reflexiveness and Anticipation, Responsiveness.

Diversity and Inclusion: Be sensitive to research biases, include diverse voices and make results beneficial to a wider community

Anticipation and Reflection: Think on the purposes and possible implications of your research and its outcomes and envisage all possible strategies and methods

Openness and Transparency: Share objectives, methods and, whenever possible and appropriate, results, and inform about potential conflicts of interests

Responsiveness and Adaptive Change: Be responsive to changes and external inputs, adapting your research plans to changing social values and expectations

We want to carry out a participatory socio-economic assessment. DESIRA will identify the state, the trends and dynamics of digitalisation in agriculture and rural areas, foresee potential winners, losers and opponents, and assess the net impacts of the actual and future challenges.

We will take the Sustainable Development Goals of the Agenda 2030 as criteria for evaluation and for policy recommendations.

We will enable a wide public debate on the methods, results and implications of the assessment through an appropriate communication strategy. As digitalisation also changes the process of innovation, altering its processes and its speed, this project will be an opportunity of testing new learning and innovation practices based on ICTs.

Considering access, design and complexity, while employing a responsible research and innovation (RRI) approach, helps us better understand how rural digitalisation is happening. In this context, DESIRA aims to improve the capacity of society and of political bodies to respond to digitalisation in rural areas, agriculture and forestry in the coming years. To achieve this goal, we want to build a knowledge and methodological base that increases the capacity of a wide range of actors to assess past, current and future socio-economic impact – including gender differences – of ICT-related innovation. We will embody RRI into researchers’, developers’, users’ practices and policies, and finally offer mechanisms and tools that will support decision-making to challenges and opportunities related to digitalisation.

*Digitisation is simply a conversion of format from analogue. Digitalisation is about the processes, leverages, restructurings, impact and scale of digitisation. While the terms are often used interchangeably (and also with both the letter z and s interchangeably), in this article it is taken that the more over-arching notion of ‘digitalisation’ is what is being referred to.

More in the rural dialogues series

Rural Dialogues | Smart Villages: How to Make Them Really Work

Gianluca Brunori professor of Food Policy and Bioeconomy at Pisa University, department of Agriculture, Food and Environment. Research activities focus on rural development strategies, marketing of local food and sustainability of food systems. Editor-in-Chief of the Journal Agricultural and Food Economics. Since 2009 an expert for the European Commission for agricultural research policies. Now leads the DESIRA Horizon 2020 project.

Will hi-tech save agriculture from its otherwise intractable problems? Certainly technological stakeholders want it to appear so, as digitisation increases both in the fields and in the policy documents and future plans for the sector. So what is the peer to peer and agroecological response to this? […]

How can we learn from Covid-19 to make our food systems work better? Broadly, there are two strands, argue Stephen Leitheiser and Lummina Horlings. One, an eco-modernist tech utopianism, which sees an increased use of digital and technological tools which will increase the power of corporations. The other is a food commons approach. This values-based approach needs to be nourished by more holistic, decentralised policy making for a truly resilient response to current and future crises. […]