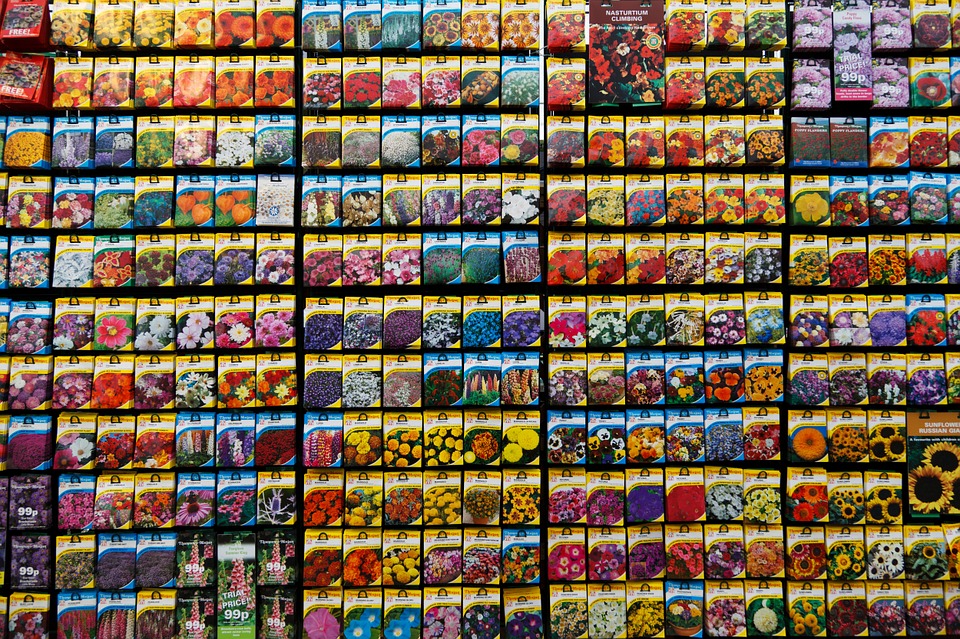 The rows of colourful seed packets on display in large garden centres in the UK may look as well stocked and tempting as ever, and big seed companies too, continue to offer a wide choice of conventional, mostly hybrid varieties. But gardeners and growers looking for open pollinated and organic seed are having a harder time.

The seed market is highly concentrated and there are only a few independent companies producing and selling organic seeds, several of which are based in the EU. Buying from them used to be quick and easy: place an order and wait for a few days for the delivery to arrive.

Brexit has fundamentally changed things: apart from reams of paperwork to be filled in, there is now also the need for a phytosanitary certificate. ‘Large companies will have a dedicated team dealing with EU orders,’ says Sinéad Fortune, programme manager at the Gaia Foundation, ‘for small seed companies with just two or three staff it’s really hard, dealing with the paperwork is a full-time job.’ Deliveries take a lot longer these days, too. Fortune knows of one case where it took four months for the order to arrive. ‘That has a knock-on effect for growers,’ she says, ‘the planting season may be over by the time the seeds arrive.’

The Seed Co-operative produces and sells organic, biodynamic and open pollinated seed in the UK and Ireland. ‘We are working to extend the network of seed producers here in the UK, but we still have to import a substantial amount from the EU,’ says Seed Co-op chair Henry L’Estrange. And doing so has been extremely time consuming and expensive. Costs have increased by a factor of 10, says L’Estrange, and a delivery that used to arrive within a week now takes six. Once the order has been placed, the EU seller instructs a courier who delivers the seed parcel to a UK port; after checking the paperwork, the port authorities hand the consignment to customs, and once they have completed their work the parcel is released to another courier for final delivery.

The problem is that things can go wrong at any of these stages. Any attempt to locate a delivery can fast turn into a nightmare of unanswered emails and/or dealing with friendly but clueless call centre staff. Occasionally whole consignments get lost in the process; L’Estrange says they had one seed order from the EU that was sent, but now cannot be found by the port authorities or customs. A considerable financial loss for the Seed Co-op.

Since January, all goods arriving from the EU have to be physically checked in the UK, a requirement the British government postponed several times in order to ease transition. It is too early to say whether delivery times will increase further, but L’Estrange worries: seeds should be stored in a temperature-controlled environment, keeping them for weeks in a hot warehouse at a port could affect their viability.

Things will get worse

In July 2022, additional border checks for organic goods coming from the EU will come into force, says Lee Holdstock, supply chain business development manager at the Soil Association. The organic certificate will be added to the existing requirement for phytosanitary documents, export and customs declarations. Organic goods from the EU will be treated like any organic product coming from a ‘third country’; even with the right paperwork the consignment cannot just be delivered. Instead, there has to be an organically certified ‘first consignee’ – an importer with organic certification – who is authorised to ‘receive’ the shipment from customs and deliver it to the customer. The paperwork is extremely complex, says Holdstock, it even requires details such as the registration number of the vehicle used for transporting the goods in question.

Things will only get worse: Post-Brexit reality is hitting farmers hard

Coordinate and plan ahead

Dealing with seed imports from the EU since Brexit is ‘slow, tricky and a pain,’ says Kate McEvoy, co-founder of Real Seeds, which carries open-pollinated seeds, both organically certified and conventional.  Since the start of the pandemic, seed companies have seen demand grow exponentially. There are delays and shortages, says McEvoy, but it is hard to say what is the result of Brexit and what is caused by the pandemic – people are off sick or self-isolating everywhere, and with increased demand things just take longer. Import costs have increased slightly, maybe by 10%, but certainly not tenfold, she says. And McEvoy is optimistic: ‘In one or two years everybody will know what they are doing, there will be clarity how exactly the forms have to be filled and things will return to normal.’

Real Seeds has some twenty years of experience importing seeds from the US – for which ‘third country’ regulations apply. After Brexit, the same now goes for imports from EU countries. ‘We had a fair idea what needs doing,’ says McEvoy. But she mentions stricter controls for notifiable diseases such as the Tomato Brown Rugose Fruit Virus (ToBRFV) which will make imports more difficult.

These new mandatory APHA (Animal and Plant Health Agency) checks will be prohibitive, says Tom Hartley, Senior Certification Officer at the Soil Association. Because of Brexit, EU plant health certificates are being replaced by a UK plant passport. And Britain no longer accepts EU seed health certificates – instead, there is a growing list of varieties which have to undergo testing by APHA before they can be released from customs. This adds considerable costs, which may not be a big burden for large seed companies but disadvantages small sellers ordering modest amounts of seed from different varieties. The regulation is relatively new and there is little information on how much seed APHA will require for testing – the estimates vary from 20,000 to 50,000 tomato seeds, for example. It is unclear what tests will cost and by how much this will delay imports.

Not so easy: growing seeds in the UK

Theoretically, everything that grows in the UK can be grown for seed, says Phil Sumption who works with the Organic Research Centre, the Organic Growers Alliance and the Seed Cooperative. Until now, many UK seed companies had outsourced a lot of their seed production to countries in southern and eastern Europe because it is warmer and drier there: seeds have a better chance to fully ripen and the risk of disease that comes with damp conditions is reduced. Ideally, many UK growers would like to have open pollinated and locally adapted seeds, but production costs in the UK for some varieties will be a lot higher. ‘We will not be able to produce 100% of all the seeds we need in this country’, says Sinéad Fortune from Gaia, ‘not because it is impossible, but some Mediterranean vegetable seeds and some herbs just can’t be produced efficiently here.’

Real Seeds is working with a number of UK growers and Kate McEvoy hopes they will be able to increase the amounts they produce. The Seed Co-op is already growing as much and as many varieties in the UK as possible. But it is challenging, says L’Estrange. ‘Some seeds are easier to grow than others,’ he says. It takes two seasons to grow leeks for seed, growing carrot seeds is difficult because they are tiny and scatter easily…Most seed producers have one or two varieties they really like to grow, often it’s a retirement project for people who ran a market garden’, he says. ‘At present, there is no money to be made with seed production, but if we want to scale up production, we have to make it financially viable.’ And that is extremely difficult: more growers need to be trained, they have to have access to certified organic land, and they need space for drying, equipment for cleaning and sorting – all of which costs money.

And yet more Brexit costs…

As it turns out, a ‘UK plant passport’ is not only needed for imported seeds but for home grown ones too. It is ‘an official document you need to move plants…within Great Britain’, it says on the UK government website. ‘We needed to register as a professional operator last year,’ says L’Estrange. The licence has to be renewed annually – for a fee, of course. But in addition to that, before seeds from UK growers can be sold, they have to be inspected and meet standards for the UK plant passport. Not all vegetable varieties are on the Defra test list yet, but more species are being added and eventually all seed will need to be tested.

The additional costs put pressure on seed growers to produce bigger volumes of fewer varieties of seeds. ‘In future, we will try to get our tomato seeds from one grower rather than five,’ says L’Estrange, ‘It may also mean we will grow larger quantities of each variety, but only do so every couple of years and aim to bank more seeds to spread the costs.’ Yet another challenge seed growers have to contend with and an additional cost factor to consider for those contemplating growing seeds for a living.

This article was originally published by the Sustainable Food Trust.

Marianne Landzettel is a journalist writing about food, farming and agricultural policies in the UK, the EU and the US. She is the author of: ”Regenerative Agriculture – Farming with Benefits. Profitable Farms. Healthy Food. Greener Planet”. Before working for the BBC World Service, she was the UK correspondent for German Public Radio. She lives in London.

Most EU countries and regions have now declared their intention to not grow GM crops. In the UK, this means everywhere – except England, as Peter Crosskey reports. […]