Automation and digitisation are rising in farming and the broader agri-food sector. Germany – industrial powerhouse of Europe –  seems an obvious place to embrace AGTech. From precision farming and data ownership to embodied energy and cost, what are the opportunities, the impacts and the implications? And how are agroecologists responding?

When the body is ready, the text is sent. Cows equipped with vaginal thermometers are now alerting farmers by text when they are in heat. So far, 5000 German farms have signed up to this Connected Cow system, as developed by Medira Technologies and Deutsche Telekom. And there are others similar systems emerging too, as the Internet of Things beds in.

There are ever more vocal fears that automation will put the labour forces of entire industries under threat. Increasingly robots, drones and machines are taking on jobs previously done by humans. Frequently they do them better and agriculture is no exception.

The idealised image of the small German farmer, ploughing away endlessly in the fields is outdated, as Ralf Hombach, business analytics expert at PwC explains:

‘increasingly the famer adopts a supervisory and controlling role.’

The PwC study (German) showed that of the cross-section of 100 farms analysed, 54% had already invested in digital technologies. 40% planned to either continue investing or begin investing in such technologies in future.

What is agricultural technology or AgTech? Where should we be worried? What can we expect in the years to come?

Ever since tractors were first fitted with GPS (or global-positioning-systems) at the start of the 21st century, one can observe the boom of the agricultural technology, or AgTech, sector. Frequently it is heralded as the third wave of agricultural modernisation, after mechanisation from 1900-1930s and the growth and development of agrarian genetics during the Green Revolution, 1930s-1960s.

AgTech incorporates a range of technological and scientific developments to be used in farming. This includes ‘smart farming,’ i.e. hardware such as drones and robots but also software such as sensors, image recognition or machine-to-machine communication. Smart farming incorporates a whole swathe of different tools and functions from milking machines to satellite-driven soil and crop assessment.

The underlying intention is to increase the quality, quantity and efficiency of agricultural production through implementation of these various technologies; applying fertiliser where fertiliser is needed, milking the cow when she so requires. The idea is that this encourages the better allocation of resources such as pesticides only to those parts of the field that require it. It can save time for farmers, theoretically encourage pro-environmental farming strategies and produce a lot of food. So can AgTech innovations be a way of feeding the world – sustainably?

During the Seventh Framework Programme and now as part of Horizon2020, a research and innovation programme, the EU has sponsored a variety of AgTech projects. One example is the rollout of Precision Livestock Farming (PLF) technology. Primarily these are sensors used for monitoring the health and wellbeing of animals. Collected data includes GPS location, body temperature and activity. As outlined at the start, Medira Technologies and Deutsche Telekom collaborated to produce Connected Cow. Here a cow is equipped with a vaginal thermometer which alerts the farmer by text message when the cow is in heat. So far, this has proven popular among the 5,000 farms initially equipped with this technology. It could well be incorporated in efforts to ensure better animal welfare in livestock rearing, as is under debate in Germany.

The fears that AgTech will eliminate the agricultural workforce have not yet actualised in Germany. A recent study (German) by search engine Joblift analysed job offers in the German agriculture sector over the past two years. It found that the past year brought consistent growth for the agricultural job market. 4% of jobs fell into the AgTech category and, despite automation, there were 20% more jobs in this sector than in the year previous. The AgTech branch is growing four times as fast as the rest of the sector.

1/3 of the jobs listed are from companies with over 1,000 employees and, due to the initial cost of AgTech, it is a sector spearheaded by big agribusinesses. The agricultural sector has very low margins and so necessarily hefty investments in innovation are difficult for small farmers. That said, the farm hack movement has seen citizen farmers taking the initiative in a myriad of open and affordable ways – some examples are below.

However, for some companies AgTech is financially lucrative terrain. Globally, the market was worth E3.2 Billion in 2016, according to AGfunder, a Californian based crowfunding platform. 363 million of this was spent on farm management and sensor technology, the Financial times reported last month.

Die Zeit newspaper reports Bosch has already made a billion Euro turnover in selling smart farming technologies. With this sector projected to continue growing, the company hopes to double this turnover in the next ten years. Other large agribusinesses are doing the same. Bayer has teamed up with the Institute of Geography and Information Studies at Hamburg University to work on the development of new field analysis tools. They have also partially taken over Proplant which had produced a milk cow assessment app. Bayer says it is working on ‘further strategic investments’ using satellite, drone and sensor-gathered data in the coming years.

Predictions of the future of smart farming see the increasing collection of big data to drive real-time decision-making on harvesting, planting and yields, for example. Since this field is still dominated by agribusinesses, there is growing concern about how this data is collected, what it is used for and who has access to it. Fears concern a monopoly of valuable information in the hands of the already powerful global agribusiness firms, data which could be used to differently charge farmers for the same product, for example.

However, with the rise of open source data initiatives across the world there is the chance, if strategically thought out soon, for collaborative, open systems where all stakeholders have access to huge data stores. This has the potential to democratise the supply chain network, redistributing power from the information-rich agribusiness firms and giving greater negotiating ability to smaller farms, new entrants or start-ups. This requires work on generating the institutional and regulatory infrastructures to ensure accessibility and affordability in data creation and sharing.

While there are a number of threats to farming and farmers in Germany, German farmers are not yet being eliminated from the labour force by robots. And we can likely expect exciting developments in AgTech in the coming years. This technology may have positive socio-economic and environmental effects, working against inequalities in the current food system and minimising the environmental impact of the sector. However, this requires forward planning to ensure frameworks are in place which allow accessibility to AgTech and its use for social good. 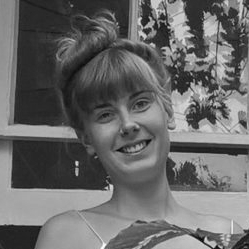 Helene Schulze has just completed an MSc Nature, Society and Environmental Governance from Oxford University. Her dissertation focused on seed saving. She helped organise the 2017 Oxford Food Forum. She has also interned for Sustain: Alliance for Better Food and Farming.

a robot or a worker?

Robot weeding = the end of herbicides?

Even More Farm and Tech…but from a differing perspective

“FarmHack is a community for those who embrace the long-standing farm traditions of tinkering, inventing, fabricating, tweaking, and improving things that break. We are farmers of all ages, but the project has special relevance to young and beginning farmers as a place to learn from their peers’ and their elders’ successes, mistakes and new ideas. We also seek to bring our non-farmer allies on board: engineers, architects, designers, and the like. Together, with an open-source ethic, we can retool our farms for a sustainable future.”

Paul-Gildas Dréno: “I could go into debt and upgrade the milking to use a robot” he states in his quite dark milking parlor, with plenty of cobwebs above. “But, instead, I employ someone. I’d rather give the money to a person than a bank”

What future for our food and land do we want?

Guest Post : With only 7% of Europe’s farmers under 35 years old, Pavlos Georgiadis asks some important questions about the future of farming in Europe […]