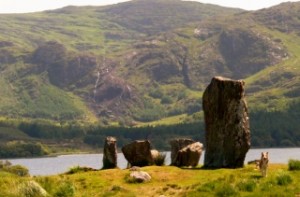 In a recent post, ARC spotlighted a small farmer large farmer divide in Ireland, one with policy implications in the current CAP negotiations.

The mainstream agri-food lobby, with its emphasis on ‘productive’ farmers, also faces opposition from environmental activists. Environmentalism, however, is at a fairly low ebb in Ireland at present.

The Irish Green Party was decimated in the previous election. They were a very minor party in government, at a time when the economy nose dived and economic sovereignty was lost. In government, a very able minister grew the organic sector while also spearheading other very positive agri-food initiatives.

None of this impressed the electorate however, who blamed the Greens for propping up the main party in government, Fianna Fail, who were mired in scandal, considered far too close to property speculators, and whose economic policies over many years led to the eventual loss of Irish economic sovereignty, a destroyed economy, the return of mass unemployment and emigration. In this context, the Greens were collateral damage in an election that saw the biggest changes in parties if not policies in many decades in Ireland. There are now no Green Party elected representatives in the main decision  making chamber of the Irish Parliament.

In this political vacuum, civil society has the opportunity to step up. Thus far, however, the reply has been fairly muted: huge sections of the  population largely sees ‘the environment’ as an issue surplus to requirements, whatever about the objective facts of biodiversity loss, polluted water, climate change and Ireland’s role in these problems.

There is however An Environmental Pillar, a coalition of 26 Irish environmental NGOS. These include conservation, economics, environmental and more simgle issue organisations; so An Taisce (The Irish National Trust) FEASTA (an economics and sustainability think tank) Friends of the Earth Ireland and the Irish Seed Savers Association and others are members. Members of Birdwatch Ireland often lead the negotiations with government and write policy documents for the Pillar.

‘We want to ensure that CAP payments deliver more for small farm holdings and marginal farming communities which are most in need of support and where farming is particularly important for maintaining biodiversity,’ said Anja Murray, spokesperson for the Environmental Pillar, before a meeting with Irish parliament representatives on CAP reform in December.

‘Many of these farm holdings are facing abandonment. Continuation of farming depends on sufficient support through CAP, yet much of Ireland’s negotiations on CAP favour the most intensive farm producers,’ she continued.

The Pillar has produced an excellent briefing document on the CAP. This concludes “There is an inconsistency between high level of ambition for increasing the value of agricultural outputs, much of which is dependent on Ireland’s ‘green’ reputation, and the low level of ambition on meaningful delivery of environmental measures such as those supported by rural development spending. It is in Ireland’s interest to address this inconsistency and seek to ensure that Pillar II funding is not cut.”

Its main points are:

It also points to opportunities under CAP to develop agroforestry (Pillar I greening and rural development supports), co-financing of environmental measures under Pillar II, better fund distribution through a flat rate payment – internal convergence – but not until 2019 to allow for time for adjustment, improved training and supports in rural development and forestry.

As we have seen however, there are serious pressures on all of these areas in the current negotiations.

There are also timely opportunities to start to act – to go M.A.D. and meet a deputy.

In a context of crises compounding, the annual Feeding Ourselves gathering in Cloughjordan took on a renewed urgency this year. So how are the strands of people from food sovereignty, cooperative and environmental areas coming together to amplify their collective work? Oscar Mooney reports. […]

How has Ireland used the flexibility of the CAP legal framework post-2022 to design a fairer CAP Strategic Plan? A new policy analysis, researched and written by Matteo Metta for the Left group in the European Parliament (GUE), assesses fairness in Ireland’s CAP submission in a number of ways, while making a proposal for a way forward to assess CAP spending with more coherence – a unique beneficiary code for all CAP recipients. […]

Letter From The Farm | Watching, Waiting and Knowing When To Help

We’re back on Shane Casey’s farm in The Burren, Co. Clare, Ireland, where he has another busy spring of lambing and calving behind him. There’s only so much you can do to prepare – after that, it’s a question of watching carefully for the telltale signs in the ewes and cows. Shane’s father was an early adopter of livestream technology that makes the night watch a little easier. But successful lambing and calving depends on the farmer’s expertise as well as patience. Knowing if and when to intervene, whether to call the vet, and how to help the newborns find their feet.  […]