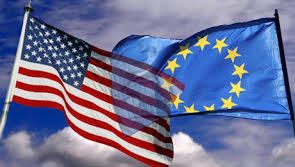 After the euphoria of Tuesday, when Fast Track was sensationally and somewhat unexpectedly rejected by a handful of Senate votes, the situation has intensified.

Senate is now, following some deals, in the process of passing what is called cloture (a time limit procedure) on Fast Track today and Fast Track itself next week.

However – and this is crucial – it is still the case that there are not enough votes in the House of Representatives to pass Fast Track.

Fast Track is important because it would allow both the TPP and the TTIP to be rushed through Congress (i.e. both houses) avoiding review, amendment and debate.

However Senate Trade measures are traditionally considered first in the House of Representatives. TPP proponents brought up Fast Track first in the Senate to generate momentum and thus put pressure on the House – and they failed miserably to do this.

As Lori Wallach said on Democracy Now!…the whole point in going to the Senate was to show, oh, fast track has momentum, because in the House it’s in real, honest-to-God trouble. In the Senate, it’s more like skirmishes, that show how extremely well the public has done in making their senators, as well as their House members, wary of doing this trade vote. But in the Senate, eventually they will get the vote. In the House, different piece of business. And so, folks who don’t want to see fast track, the House is the place to focus.”

Indeed because Senators are elected every six years, it was expected by TPP/TTIP proponents that the Senate would have been something of a wlakover – and the opposite occurred.

A vote is only likely in the House if Fast Track will be passed: it would be too embarrassing for TPP/TTIP proponents for anything else to happen.

This situation underscores how it is pressure from Civil Society on politicians which is working: crucial TPP/TTIP momentum has been lost, and it may not be recovered. Nevertheless, opponents of TPP/TTIP have much work to do in the days and week ahead, if they are to fully derail these agreements.

Thanks to US Colleagues Karen Hansen-Kuhn, Dale Wiehoff (Institute for Agriculture and Trade Policy) and Adam Weissman (Global Justice for Animals and the Environment) for their help in compiling this brief update.

TTIP Leak – Citizens lose on both Sides of Atlantic

The EU is being asked to give up a lot in the Transatlantic Trade and Investment Partnership (TTIP), especially its relatively higher standards on food and chemical safety. It’s also asking for a lot in return, including the massive opening of U.S. public procurement to bids by EU firms. A new leaked memo from the European Commission shows just how much they want to open up those markets. It’s a bad tradeoff for both sides. […]