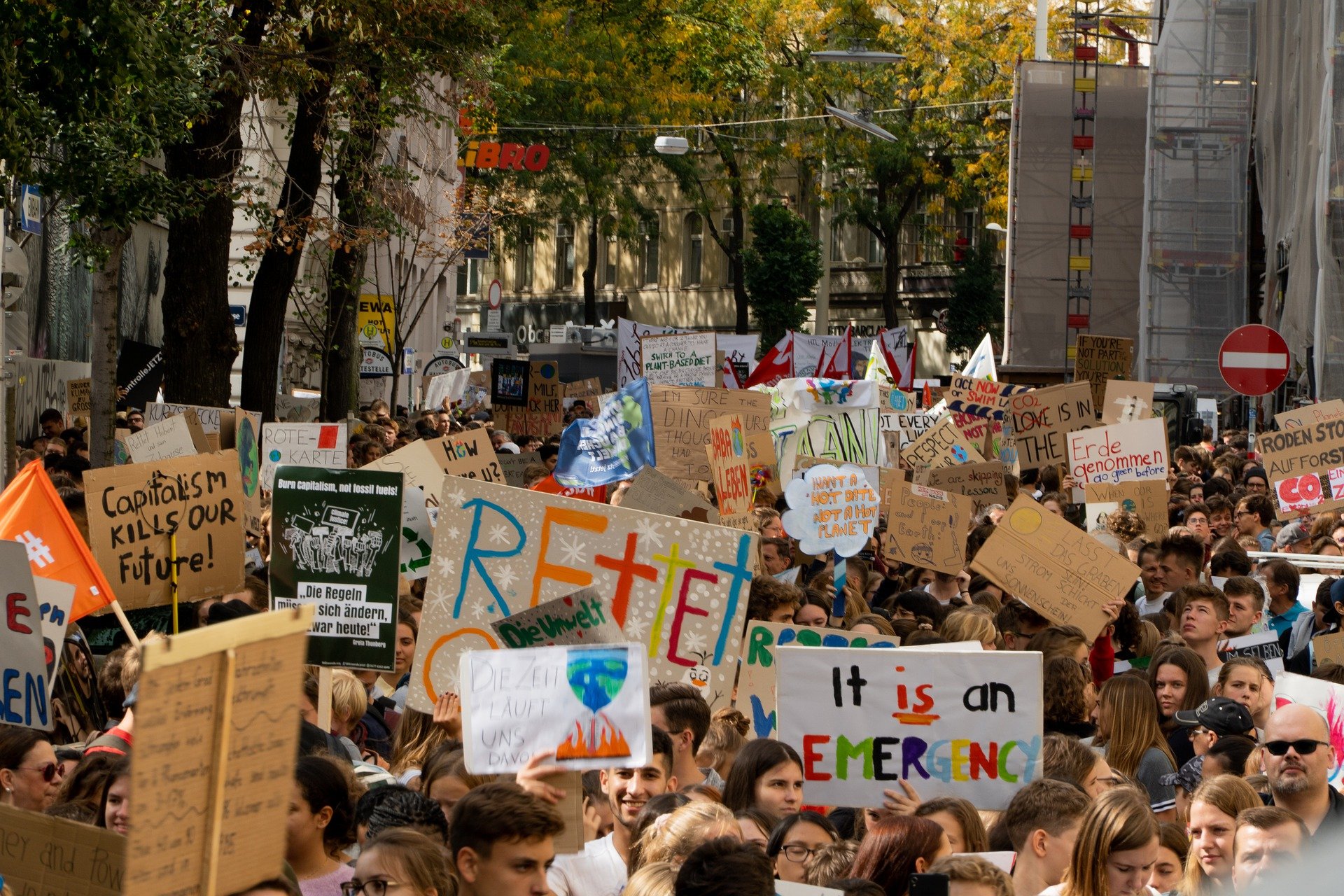 Here we republish the introduction to ‘Food Sovereignty, Climate Action and Local Resilience’,  a pamphlet produced by the Green European Foundation  with the support of Green Foundation Ireland and Cultivate. Written by Fergal Anderson (Talamh Beo) with research and input from Ollie Moore (ARC2020) and Davie Philip (Cultivate), the central argument is for climate action that works within a local resilience and food sovereignty framework so that it is grounded in a societal transformation rather than solely an economic reorientation.

Climate action is vital. And yet there is a risk that, taken alone, climate action could mean those with economic power keep it, all the while avoiding the bigger, systemic changes required to face our social and environmental challenges. We argue here for climate action that works within a local resilience and food sovereignty framework so that it is grounded in a societal transformation rather than solely an economic reorientation of direction.

We are currently faced with huge, complex conundrums which our existing social and political structures are struggling to resolve. Climate change is among the environmental crises which offers us the opportunity to shift from an extractive economy based on debt and endless growth to a circular one based on wellbeing, co-operation and regeneration of our natural world.

On the ground, people are finding ways of addressing these structural problems and are building community-led solutions. Our food and agricultural systems are one of the first places people are engaging with, and they are doing so within the Food Sovereignty framework.

Food Sovereignty addresses how our food is produced, distributed and consumed, and relates this to how our societies organise, control and distribute the vital resources of our planet. It is a framework first proposed by the peasant farmers of Via Campesina which has started a conversation across the world, rooted in the people and places where it occurs, and reflecting those realities.

Our current food and agricultural system functions through the application of ever more industrial systems to natural processes. This system, which we are encouraged to believe is normal, in fact obscures an abundance of hidden social, environmental and cultural costs, and operates beyond the ecological limits of our regions, localities and planet. It has had hugely detrimental impacts on natural cycles and ecosystems which are easier to break than repair.

The production of crops where it is cheapest to do so (in terms of labour, weather, soils, etc.) has created monocultures rather than polycultures of both crops and farm types, and has forced diversified, small scale local producers to compete with agri-business companies on global markets for the chance to feed their communities. It has also led to many crops being produced using exploitative labour conditions, often with undocumented and vulnerable migrant labour.

At the same time ecosystems across the planet – both on land and in our oceans – are under huge pressure due to our food production and land use systems. Agrichemical use is part of potentially catastrophic biodiversity loss and the nitrification of lakes and rivers, and the increasing mechanisation of farming systems has eroded farm biodiversity and encroached into wild areas and habitats.

These pressures are made ever more acute due to climate change. On top of their environmental impacts, our current food production and distribution systems are rigid, fragile and vulnerable to shocks.

The global food distribution system is also not the best way to ensure access to healthy and nutritious food. URGENCI in their recent report ‘Enacting Resilience: the response of local solidarity-based partnerships for Agro- ecology to the Covid-19 crisis.’, highlight the urgent need to localise our production and consumption food patterns to provide this.

The harder we look at how food and agriculture systems function, the clearer it becomes that the changes required to those systems will require changes to how our economic, financial and trade laws operate as well as social and cultural changes to how we interact.

What to do about this?

In the absence of a genuine long-term vision for the reform or renewal of these systems from governments, as well as lobby pressure neutering EU efforts to rein in agri-food excesses, community and farmer-led alternatives are growing and expanding, even if the institutional framework to support them remains completely inadequate.

Across Europe and the world, farmers and citizens are exploring ways of producing and distributing food which have positive environmental outcomes, increase community wealth and resilience, and provide long-term livelihoods. These approaches work within an ecological ceiling and a social foundation, as outlined in the concept of Doughnut Economics, which must underpin economic exchanges and human interaction into the future.

Beyond our local context, the Food Sovereignty movement provides a global political framework for change based on social justice, solidarity, empowering women and re- organising international trade and economic relations. The Nyéléni Europe Forum in 2011 marked a first step in building a European movement for Food Sovereignty. Ten years on, we can begin to explore the challenges and opportunities in building Food Sovereignty in Europe and beyond today. We will here use four areas of emphasis:

1. Production: Using the land for local and regional needs.
2. Organising processing and distribution locally and regionally.
3. Livelihoods: How do we ensure all participants in our food and agricultural systems make a fair living from their work?
4. Trade and Solidarity: Ensuring Food Sovereignty is not just about “eating local and eating well” but also linking our actions to the broader picture.

This extract is the introduction to the pamphlet ‘Food Sovereignty, Climate Action & Local Resilience’ published by the Green European Foundation with the support of Green Foundation Ireland and Cultivate. The full pamphlet expands on the four areas of emphasis – production, processing and distribution, livelihoods and trade and solidarity. 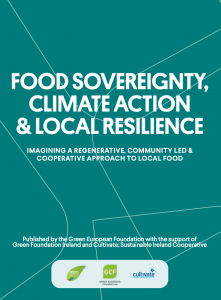 Manage grassland as if our lives depend on it

Peter Crosskey has been paying close attention to the Savory Monbiot debate. Here’s his view on holistic management. […]