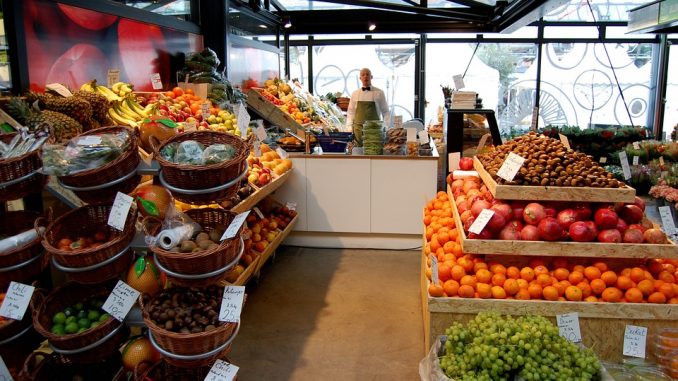 The position of farmers and other suppliers in the agri-food chain received a boost on Monday, when the Agriculture Committee in the European Parliament approved new draft rules against unfair trading practices (UTPs). The text was approved in by 38 votes in favour to four votes against, with two abstentions.

Late payments, last minute order cancellations, and late or retroactive changes to contracts and the obligation on the supplier to pay for waste are four of the key ares the text targets. Member States can also introduce their own stricter rules.

And in an unexpected move, suppliers outside the EU have also been included.

This legislation will put an end to practices such as late payments and retroactive changes to contracts. Farmers will soon have more effective ways of defending themselves from unilateral abuses by large operators. We want a fair agri-food system that rewards farmers for quality, and guarantees them a fair standard of living.

Elisabeth Koestinger, Austrian federal minister for sustainability and tourism and president of the Council

Suppliers who are not farmers, and agricultural products which are not food, are included in the scope of the text. It is proposed that complaints can also be made in the supplier’s Member State.

There has been much cross party and cross industry support for this legislation, ranging from IFOAM EU to CEJA to COPA COGECA

This level of support is also reflected in the fact that the AGRI committee voted to start negotiations with the Council (trilogues) without a plenary vote – though a plenary vote will occur later. Sources suggest this is a “shortcut” to try to get legislation through before the next Parliamentary elections. And because the Council has already adopted its position on the UTP Directive at a meeting of the Special Committee on Agriculture, negotiations with the Parliament will start on 24th of this month without the requirement of prior approval by the Ministers of Agriculture.

There was not such a level of support for farmers outside of the EU however. Following intensive lobbying by international development and aid organisations,  all amendments withdrawing protection from UTPs for food producers from the rest of the world were defeated.

It transpires that 17 MEPs from five political groups, including an EPP Vice-President of the EP, had tabled these amendments in various committees arguing that farmers outside the EU should not be protected  – because EU farmers will not enjoy protection from UTPs outside the EU.

With elections on the horizon, UTPs has proven to be a popular ‘easy win’ with potential voters. There are few if any votes in supporting supermarkets, and plenty in supporting farmers. That said, it is certainly noteworthy that Matt Carthy of the left group in the Parliament GUE/NGL was one of only two Committee members who actually voted against the proposal. This risky strategy was justified by Carthy’s position that this draft did not go far enough – the Irishman tabled amendments to prevent below cost selling and buying by large retailers and processors.

The Sinn Fein MEP said in a statement:

“It appears that some MEPs have resigned themselves to the notion that anything is better than nothing when it comes to getting a directive in place… as someone who has been calling for legislation that addresses the all-powerful position of retailers and processors in the market chain for a number of years I do not share this defeatist attitude.”

“This process began with a weak legislative proposal from Phil Hogan. While the report adopted by AGRI is an improvement it remains a long way from anything that would justify the time we have been waiting for rules governing Unfair Trading Practices. One thing is for sure; retail sector bosses will lose no sleep at the prospect of this legislation.

The very fact that the report does not require national governments to provide free mediation services highlights the lack of ambition in this position. It is clear that this will remain unfinished business as the fundamental imbalances in the market will stay firmly in place…

In today’s climate of further market concentration and the flooding of the EU market due to dangerous trade deals, farmers need a lifeline or we may see the further abandonment of the family farm model and the rural communities that depend on it. At both EU and national level, farmers need to see the adoption of comprehensive legislation that provides them with protection for massive forces in the retail and processing sectors – this legislation is not it.”

All of that said, one wonders how the Irish MEP would have voted if the main results were not a foregone conclusion. Would he have actually voted against draft legislation to  strengthen the position of farmers somewhat, on a point of principle, potentially leaving the status quo in tact?

There is also a case to be made that the issue has been treated in an overly simplistic way, from the start, as Alan Matthews pointed out back in 2015 – all players have power in the food system, not just retailers.

Curiously, there was little of the sort of rearguard action on consumer issues that saw a defeat of fair food chain legislation in Switzerland last month.  There, two referendums  – on fair food and food sovereignty – were defeated. Both polled well initially, but consumers – especially economically disadvantaged  shoppers – were it seems frightened by the publicity around possible price increases.  Concern was also expressed over the fate of imports and exports, over trade rules and trade deals. None of this has been to the fore in the UTPs process in the EU. In both the EU and Switzerland, retailer power over price, and, moreover, supermarkets ability to keep prices very low –  was threatened. However the outcome differed in both places.

We will explore the Swiss votes and their implications in more detail here on ARC2020 soon.

For the tenth year, tens of thousands have descended on central Berlin to demand changes in farming and food systems. This year, the 27,000 who turned up were focused on climate, a just transition for farmers, vetoing the EU Mercosur trade deal, and opposing many aspects of industrialised, corporate agriculture, from gene drives and pesticides to animal welfare and fairness for the global south. […]

Meet Josef, a Czech livestock farmer who is a conscientious objector to the meat industry. For ethical reasons he slaughters his animals on farm and sells the meat locally to friends and neighbours. On-farm slaughter is not legally possible for small farmers in the Czech Republic, where the only ways to kill a cow are via big processors, investing in your own on-farm facility – which is prohibitively expensive – or live exports. In order to speak freely about his activities, Josef (not his real name) chose to remain anonymous for this conversation with Louise Kelleher. […]

3 Neonicotinoids Banned from Outdoor Use in EU

3 neonicotinoids – Bayer’s imidacloprid and clothianidin, and Syngenta’s thiamethoxam – will be banned from all outdoor fields on EU farms within six months. […]