In late September Switzerland had two public votes that would have forced their parliament to implement measures to better support domestic sustainable agriculture and to tax, or outright ban, unsustainable and unethical produce coming into the country.

The ‘Food Sovereignty’ Initiative, supported by agricultural union Uniterre and environmental groups like Slow Food, and the Swiss Green party’s ‘Fair Food’ Initiative gathered over 100,000 public signatures. According to Swiss law, this sparks a referendum-like vote that would see their parliament implement the proposals into policy, if it passed.

At first most Swiss supported the proposals with one survey showing over 70% of citizens planned to vote yes. But by the time the vote came it was rejected by around two thirds – so what happened to shift public opinion so much?

As public discourse unfolded, the debate centred on the potential increase in food prices and limited variety of products. Political and industry opponents latched onto rising food prices as one of their main arguments against the bills. The CEO of Migros, one of the major Swiss supermarkets, said prices could go up as much as 20%.

But, according to the Swiss Federal Statistics Office, households only spend 6.3% of their income on food and non-alcoholic beverages, one of the lowest in Europe, meaning a 20% increase would not be that dramatic, especially for a country that has the second highest GDP in the world. Even then, a 20% hike is unrealistic, according to Professor Jérémie Forney, a Swiss agricultural policy expert.

‘The difference of price wouldn’t have been so big because mostly the products we are talking about would have been ingredients for processed food,’ he said. ‘These raw materials in the final prices are tiny compared to [the costs of] processing it and the retail margin.’

A spokesperson from the Swiss Green party said the opposition lied to the public about food prices while having the financial backing to better spread their message. Despite this, Prof. Forney thinks the supporters of the initiatives did not have a strong enough argument against rising food prices and should have incorporated ways to share responsibility along the supply chain.

‘Is it really a fair system that only the rich can afford to pay for sustainable food and poorer people have to eat something that is unethical or unsustainable?’ he asked, adding that responsibility for supporting sustainable food should be better spread between intermediaries, like governments and food business, to alleviate the pressure from the consumer.

If this element was addressed better, he believes, the general public could make food choices that are ‘not conditioned by wealth’ and then the proposal may have had a better chance of a positive vote.

Food price was heavily linked to a broader issue on imports. The Food Sovereignty Initiative proposed that any food imports that did not meet Swiss environmental or ethical standards would face tariffs, while GMOs would be out-right banned. That would have a significant impact for international trade as 40% of food in Switzerland is imported.

Thomas Rippel, a biodynamic farmer from Switzerland, was against the vote because he felt it demanded too many extreme actions that were not ‘politically realistic’ which meant the vote was destined to fail. This, he feared, would then give the government a license to pursue less sustainable agriculture.

‘If you implemented such a [legislative] article, Switzerland would either have to step out of its [international trade] agreements or have to renegotiate all of them,’ said Thomas Rippel. ‘Obviously there are a lot of jobs [in Switzerland] connected to the export industry.’

Switzerland’s economy is dependent on selling goods on the international market and is the 14th largest export economy in the world. Agriculture is a minor aspect of these exports, but opponents to the initiatives said import tariffs on unsustainable or unethical food would have a ripple effect as countries trading with Switzerland could retaliate with tariffs of their own, which would then threaten other domestic sectors.

‘I was not for these initiatives the way they were proposed, not because I am not for the [Food Sovereignty or Fair Food] cooperative, but because I was afraid of the consequences which we are facing now,’ said Rippel.

Less than 24 hours after the vote the Swiss Minister for Economic and Agriculture Johann Schneider-Ammann announced plans to try negotiate a free-trade deal with the United States. This, Rippel believes, will end up undermining Swiss agriculture and its pursuit of sustainability in the long run.

He says Swiss farmers earn a total of 10 billion Francs for the food they produce, four billion of which is due to tariffs that keep prices higher on imported goods. The Swiss government are already aiming to reduce these import taxes by 30-50% to get lower food prices, which means there will be more competition for Swiss farmers.

Prof. Forney says that taxing unsustainable imported goods was a valid approach to take considering Swiss consumers were exporting the environmental impact of some of the food they consume, a case that is relevant to most countries.

For the vote to have succeed he feels it would have required the public to think differently about taxing food. He thinks it would have been better to convince the public that taxes on unsustainable or unethical food products are like those on cigarettes and alcohol because they have health impacts, as well as environmental ones too.

The supporters of the initiatives did have some success. They were able to get enough public support to call the vote in the first place and for a long time it look they would pass. And even with the vote being rejected, the French speaking municipalities of Switzerland all voted yes, which has a population of almost two million. A stand out difference here was the stronger support from farmers compared to other Swiss regions.

‘What did work well in the French speaking part was the combination of consumer organisation, ideological parties like the green party and the agricultural union,’ said Prof. Forney. ‘The alliance was very powerful in terms of political argumentation.’

The Greens agreed that it was necessary to get all actors involved in a campaign from farmers, consumer protection, environmental and animal protection, and NGOs to achieve the success they did. They did say they lacked support from the Swiss Farmers Union in the German speaking parts of the country.

Rippel still feels these types of initiatives need to focus more on the individual issues around a policy or else the topics get muddled together which can risk progress. For instance, he says an upcoming vote to stop farmers using pesticides and preventative antibiotics is in the pipeline, but it also contains a third point requiring farmers to only feed animals with fodder they produce on their own farm, or face a loss of subsidies.

‘It is so extreme – no farm produces all its fodder by itself,’ said Rippel. ‘People are going to be reasonable enough to reject this initiative and then it will look like the people are not in favour in reducing pesticides or preventative antibiotics.’ 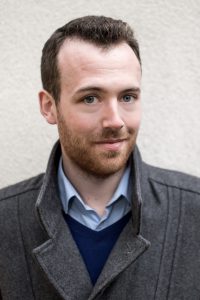 Steve is a sustainability journalist and writes about the key environmental issues facing agriculture and the food sector. He also works as a consultant on different sustainability projects for businesses, NGOs, and government organisations. Steve also co-founded a project with the WWOOF (Willing Workers On Organic Farms) organisation to explore sustainable agriculture and artisan food production.
He is in the middle of an MSc in Business Sustainability from University College Dublin and also has a master’s degree in journalism and a BA in culinary arts.

The Swiss votes stands in contrast to the Agricultural Committee in the European Parliament’s vote to limit unfair trading practices. Read our article on this below.

Steve is a sustainability journalist and writes about the key environmental issues facing agriculture and the food sector. He also works as a consultant on different sustainability projects for businesses, NGOs, and government organisations. Steve also co-founded a project with the WWOOF (Willing Workers On Organic Farms) organisation to explore sustainable agriculture and artisan food production. He is in the middle of an MSc in Business Sustainability from University College Dublin and also has a master’s degree in journalism and a BA in culinary arts.

The US ambassador to the UK has called American farming “the future of agriculture” to encourage the opening of European markets to US products. But what does this food system actually look like? What are its implications on public health, the environment and rural communities? Our partners at IATP report from the states.  […]

CAP budget cuts? No, that’s just inflation. An EU Roundup on CAP financing, on pesticide’s –  exposure to them, citizen action, facts and figures from a new Pesticide Atlas – and a vision and an action for the canteens of tomorrow. With Ashley Parsons
[…]